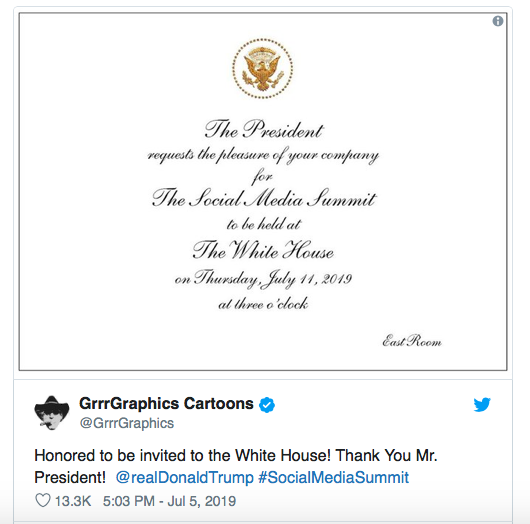 A political cartoonist accused of making an anti-Semitic image will no longer attend President Trump’s social media summit after his White House invitation was criticized by Jewish groups, Politico reported.

A senior administration official said Ben Garrison will no longer be attending the event on Thursday, according to the news outlet.

Garrison earlier this month showed off the invitation on Twitter. But his inclusion in the event was criticized for a 2017 cartoon of his that includes several decades-old anti-Semitic tropes about Jews controlling the government. 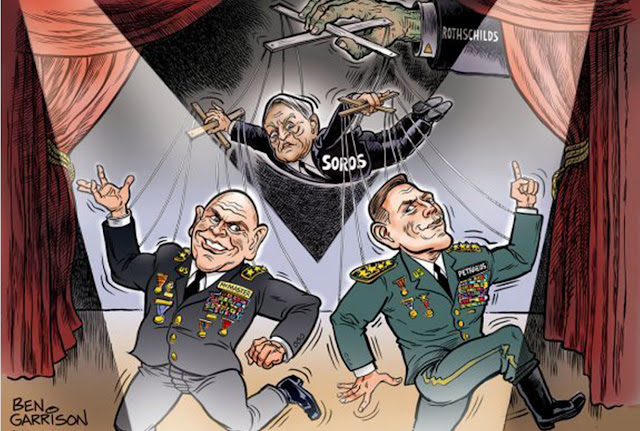 The Hill has reached out to the White House and Garrison for comment.

Several Jewish and pro-Israel organizations slammed the Trump White House for offering the invitation, according to the Jewish News Syndicate.

Jonathan Greenblatt, the Anti-Defamation League’s CEO and national director, called the cartoon and example of anti-Semitism that has been “normalized.”

“Just as cartoons of this sort shouldn't be published anywhere, cartoonists who produce such hate shouldn't be invited to the White House. We call on WH to rescind invite,” Greenblatt wrote in a tweet.

The Republican Jewish Coalition told the outlet that it was “very concerned” about Garrison’s past cartoons.

“We have an active conversation with the White House on this and are working with them on it,” the group said.

The social media summit was scheduled after conservatives said they had been censored by major social media platforms.

"White House 'summit' assembles notorious hoaxers of the far right—andTrump's 2020 campaign manager" in Daily KOS.
Published by Bado at 8:22 AM