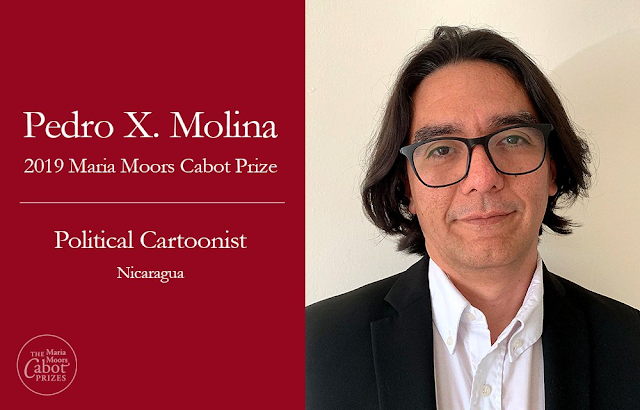 The Trustees of Columbia University, NY have recognised cartoonist Pedro Molina of Nicaragua in this year’s quartet of gold medal winners.

“Today, in the face of hardline governments everywhere fomenting an increasingly hostile environment for journalism and satire, Molina uses his pen and wit to take aim not only at the repressive government of President Daniel Ortega, but also at human rights abuses throughout the Americas and the world. He places the Nicaraguan situation—often without words—in the context of global trends. His cartoons—exquisitely drawn and equally forceful—translate complicated situations for readers in Nicaragua and beyond. His vision effectively demonstrates the power of satire and cartooning as a way of furthering Inter-American understanding.”


The Maria Moors Cabot Prizes are the oldest international journalism awards in the world. Pedro will now join such legendary Latin American cartoonists as Hermenegildo Sábat, Juan Carlos Colombres and Antonio Arias Bernal among their roll of honour.

“I thank God, my family (who are many more than those who share my blood), my colleagues from the independent Nicaraguan media, especially Confidencial who, despite censorship and persecution, continue to do quality journalism wherever they are and with what they have at hand. You are all a constant inspiration for this servant.”


Pedro’s employers, the Confidencial news company, have an extensive article covering his latest victory on their website.

Readers will recall the series of police raids there in the latter part of 2018. 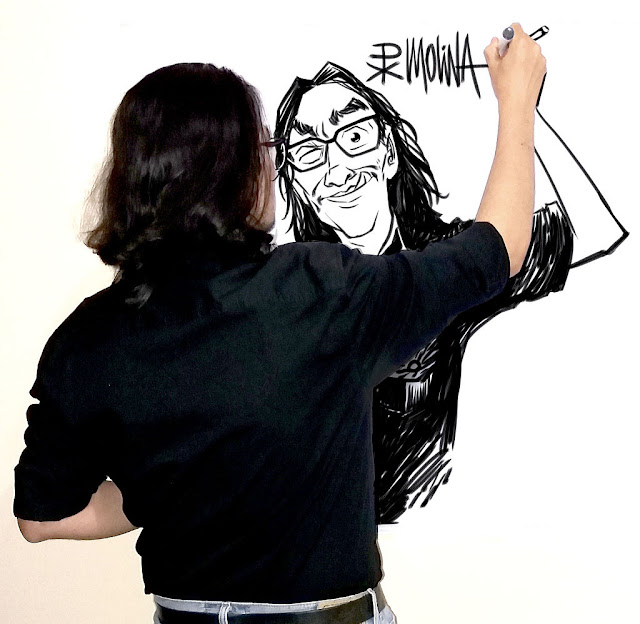