The Fragile State of the Political Cartoon 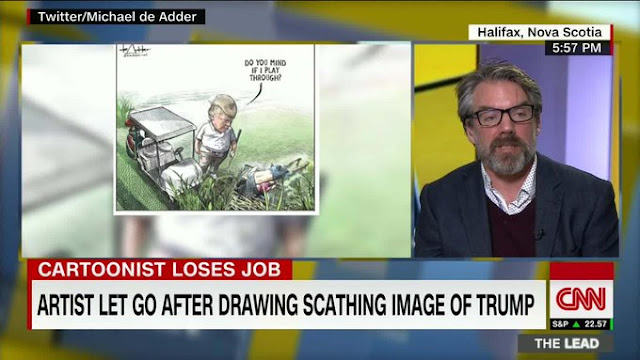 The reaper came for another editorial cartoonist over the weekend.

The Brunswick News newspaper group in Canada canceled Michael de Adder’s contract a couple of days after he distributed a cartoon on Twitter depicting Donald Trump on the fairway, golf club in hand, asking two face-down, drowned migrants, “Do you mind if I play through?”

De Adder told the Washington Post that his editor didn’t say why his contract was being canceled, but he surmises it was because of his history of Trump-critical cartoons—which he didn’t offer to Brunswick News publications.

“The only subject I was told that was taboo was Trump,” de Adder said. (Brunswick News denies it terminated de Adder over the Trump cartoon. They had been shopping for a replacement, and hired him.)

Essays marking the decline of editorial cartooning have been perennial since 1954, when the Saturday Review’s Henry Ladd Smith declared the form trite and exhausted.

But we are now really entering the end times of the editorial cartoon.

At the beginning of the last century, about 2,000 editorial cartoonists worked for American newspapers. By 1957 the number of full-time newspaper cartoonists had fallen to 275.

As recently as 2007, they numbered 84, but the decline has continued to the point that the number of salaried cartoonists has reached about 30. 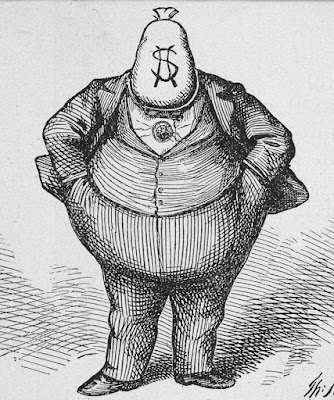 Cartoons were once so powerful they could bring down political dynasties, as Thomas Nast’s brought down Boss Tweed and Tammany Hall in 1870s New York. 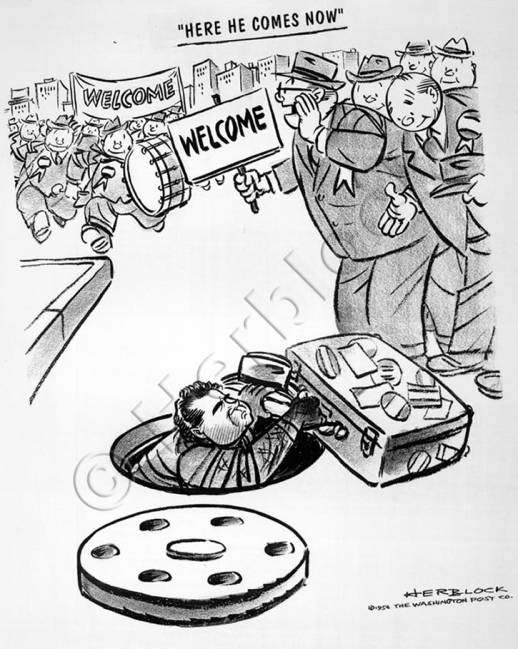 In the 1960s, Richard Nixon understood that a single cartoon of him by Herblock was powerful enough to block his political comeback. “I have to erase the Herblock image,” Nixon said. 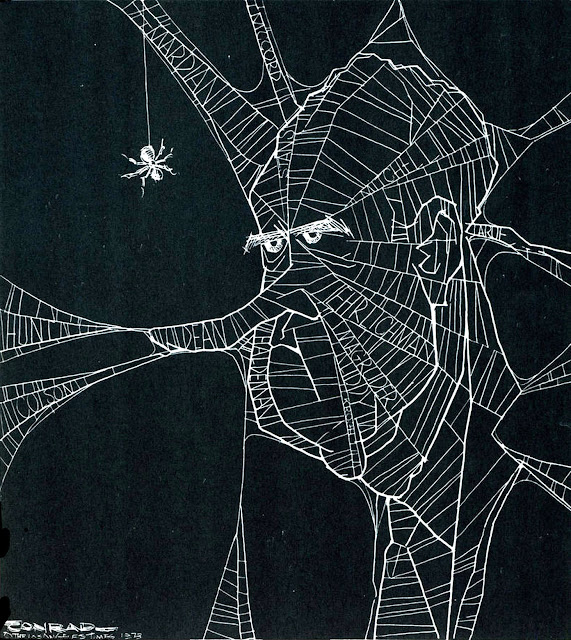 Just a generation ago, readers delighted in celebrating or damning the acerbic cartoons by Paul Conrad or Pat Oliphant. 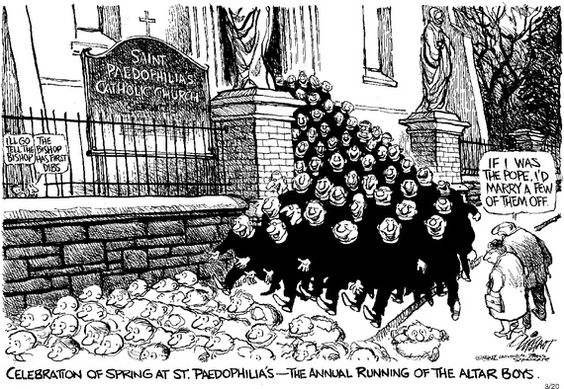 But somewhere along the line, editorial cartoons lost their cultural primacy. Who do we blame? And do we have a good reason to root for their return?

Some of the reasons for the cartoon crackup are economic. The newspaper industry has been in steady decline since the advent of radio and then television; since the Great Recession of 2008, newspapers have jettisoned about a quarter of all newsroom hands. 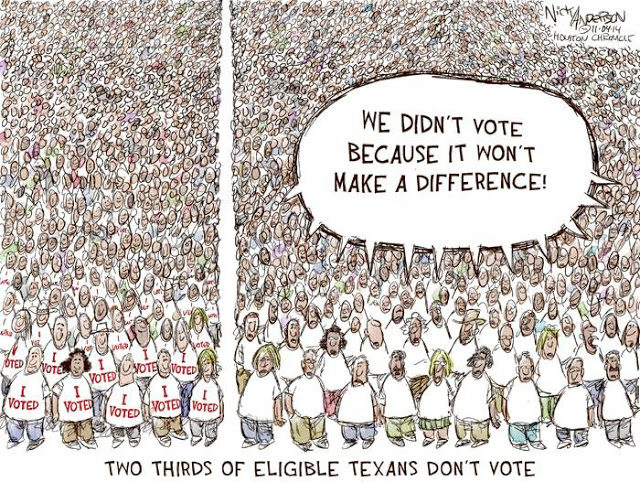 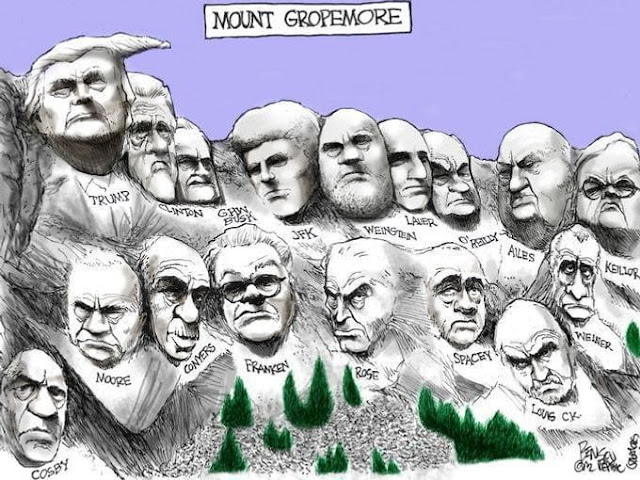 But that’s not the whole story.

The Web, The Daily Show and the late-night comics have also usurped the cartoonists’ position as the leading satirical commentators.

Stephen Colbert’s writers or the Photoshop-powered minions of the web can react to something Ivanka Trump does (see #UnwantedIvanka) faster than the fastest cartoonist. 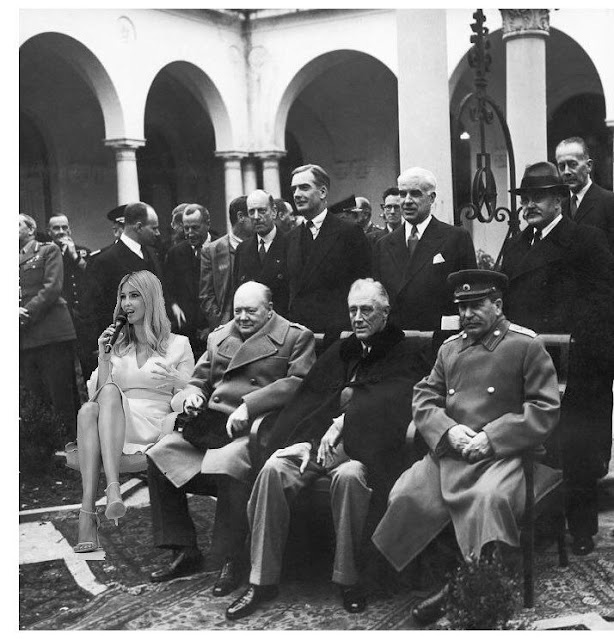 And in most cases, the web and the comics can crack jokes that are much funnier.

Being funny has always been important to cartoonists, but making a political point—one that causes the subject of the cartoon psychological pain—has traditionally been their first objective.

The comedians’ preference for generating a good laugh over making a sharp political point has infected too many contemporary cartoonists, diluting their work of power and significance.

He can be funny but he is empty. Meanwhile, the ones who still go for the wicked satire that wounds are often eclipsed by the memes of the day.

When you think about it it’s a miracle that newspaper editors ever hired cartoonists in the first place.

To do their job well, they require a great deal of autonomy. And if there’s one thing editors don’t like to dole out, it’s autonomy.

In his book Drawn to Extremes: The Use and Abuse of Editorial Cartoons, Chris Lamb uses a quip from former New York Times Executive Editor Max Frankel to explain why editors have abandoned their cartoonists. “The problem with editorial cartoonists is that you can’t edit them,” Frankel said.

Obviously, you can edit cartoonists by telling them to change the captions or to draw the president in a more flattering or less flattering light. But in practice, Frankel is right.

Editing a cartoonist is a little like trying to edit a song. You can order a million changes in the song, but unless you’re a songwriter those changes aren’t likely to improve the tune.

Once upon a time, there were more editors willing to give cartoonists the latitude they needed to make great work, but nowadays, too many editors find it easier and cheaper to pick a safe one from a pile of syndicated drawings than employ a cartoonist.

As Lamb conveys in his book, cartoonists require a greater level of independence than other newsroom hands, and fewer and fewer editors seem willing to grant that power these days.

Like opera, jazz and poetry, editorial cartooning has become a niche art form, its greatness anchored in the past. It’s a shame we have to turn the page.

Don’t forget to blame social media for the electronic posses it turns on cartoonists and their editors at the first sign of “offense.” Intimidate me via email to Shafer.Politico@gmail.com. My email alerts love Herblock. My Twitter feed favors the drawings of David Levine. My RSS feed hates anything visual.
Published by Bado at 12:00 AM