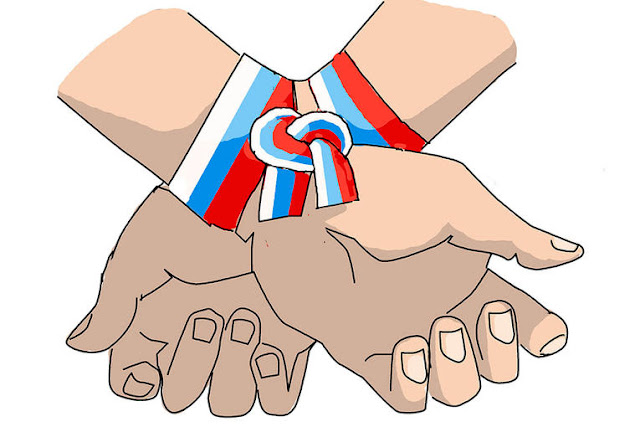 A spokesman for the human rights organisation in Moscow told the BBC that he believed the wave of requests to "de-list" Navalny was part of an "orchestrated campaign" to discredit Vladimir Putin's most vocal critic and "impede" Amnesty's calls for his release from custody.

But on review, Amnesty International concluded that comments made by Navalny some 15 years ago, including a video which appears to compare immigrants to cockroaches, amounted to "hate speech" which was incompatible with the label "prisoner of conscience".
Alexei Navalny, who was almost killed in a nerve agent attack last year, is now serving a prison sentence widely seen as punishment for his opposition activism and big-splash investigations into the corrupt lives of Russia's rich and powerful.

"We had too many requests; we couldn't ignore them," spokesman Alexander Artemev told the BBC, explaining that the team initially discounted Navalny's previous statements - which he has not repeated - as "not relevant" in the light of his current, political persecution.

Amnesty's offices worldwide, including that of the secretary general, were then hit with complaints from "so-called concerned citizens", Mr Artemev says, in an apparently co-ordinated move.

Some of the calls to revoke Navalny's prisoner of conscience status quoted a Twitter thread by Katya Kazbek, a freelance columnist published by the pro-Kremlin channel RT amongst others.
She reposted Navalny's controversial videos after his arrest in January, describing him as an "avowed racist" and accusing supporters of "whitewashing" his nationalism.

Ms Kazbek, a pseudonym, describes herself online as a "feminist, LGBT researcher, citizen of the world", but her posts include praise of Stalin and also echo Kremlin claims that Alexei Navalny is controlled by the US government.
Since Navalny's return to Russia in January after recovering from the attempt to kill him, other English-language Twitter accounts have regularly latched on to posts to slam him as a "vile white supremacist".

In Russia itself, state media and officials have ratcheted up their portrayal of Navalny as a stooge of the West: an enemy agent working to destabilise the country.

In what Navalny claims was a crude attempt to tarnish his image, he was also found guilty this month of defaming a war-hero. Extensive coverage of that case on state TV and social media has likened him to a neo-Nazi.

A second notorious video from the early 2000s shows Navalny dressed as a dentist, interspersed with images of immigrant workers, calling for the removal of "everything that bothers us", like rotten teeth.

Breakfast show host Alexander Plyushev called it "a huge victory for Russian state propaganda" and the move has already been hailed by RT editor Margarita Simonyan on Twitter, who noted the success of "our columnist" Katya Kazbek.

"Navalny has not publicly denounced his YouTube videos so our idea is that somehow he can relate to what he said," Amnesty's Alexander Artemev explained, though clearly uncomfortable with the decision and its implications.

"He cannot be a prisoner of conscience: that is someone who never advocates hate or violence or uses hate speech," Mr Artemev argued, adding that Nelson Mandela had also been stripped of the status in the 1960s after advocating the use of force against the apartheid regime in South Africa

In January, Amnesty International decried Navalny's arrest as "further evidence the Russian authorities are seeking to silence him" and called for his immediate and unconditional release.

The organisation says it will continue with those calls, and to "do everything we can do reach that goal".
Published by Bado at 7:46 AM