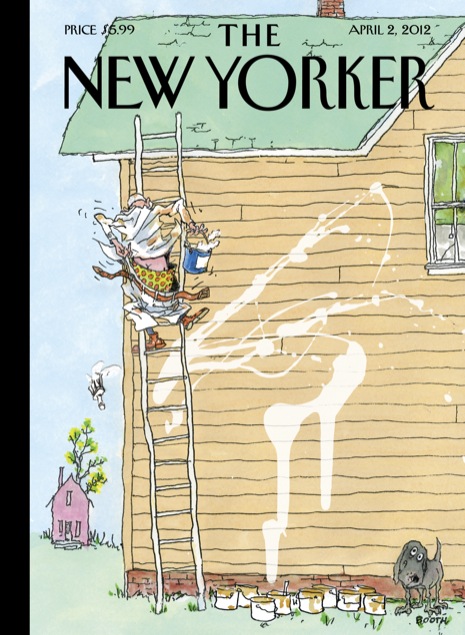 One of the most whimsical cartoonist at the New Yorker is certainly George Booth.

Here are a few excerpts from an interview conducted by Richard Gehr in The Comics Journal:


Tell me how you came to work on Leatherneck while you were in the Marines.

... I left Fairfax and went into the Marine Corps in June of ’44, when I volunteered. I’m signing the contract and (the) staff Sergeant asked, “What do you want to do in the Marine Corps?” We were fighting Japan at the time, and I said, “I want to draw cartoons.” Logical thing. And he wrote it down; he had to.

Two years later, I’m out in Pearl Harbor waiting to go home after VJ Day, because every G.I. in the world is going home. I’m sitting in the Quonset hut, and a telegram came to headquarters saying that PFC Booth can come to Leatherneck magazine as staff cartoonist. They were losing all of their staff, and they’d looked in the file and saw that I wanted to draw cartoons. They said I could come to Washington provided I reenlist at the end of the war.

Well, I could go back to Fairfax, too. But I knew what that was like: I would go back there and get a job in a printin’ office, operating a linotype, and probably never get out of there for the rest of my life. 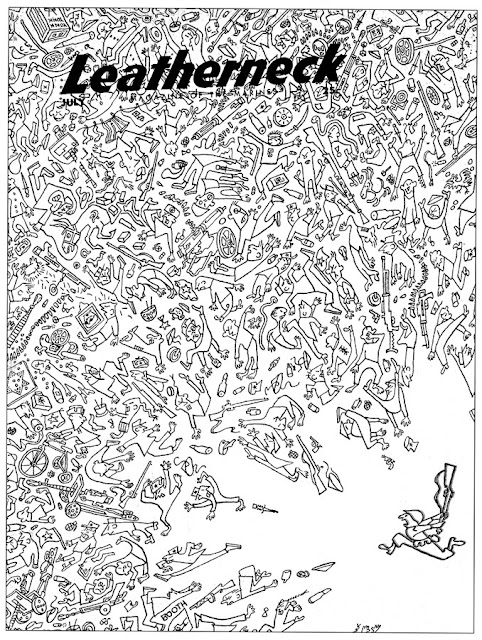 So you started freelancing again around 1965. But you didn’t get into The New Yorker until 1969 – thanks to the Saturday Evening Post folding – when the editor got you and Charles Barsotti interviews with William Shawn.

William Emerson spoke to Shawn and said, “Take a look at these two guys.”

One of your more famous cartoons is “Ip Gissa Gul,” the almost poetic sequential strip you did for The New Yorker in 1975. Where did that come from?

(My wife) Dione and I went on vacation up in New Hampshire with her family. Her mother rented a house. I should’ve been relaxing up there, but I couldn’t quit cartooning. I don’t know why I was pushing so hard; I guess I needed the money. I wanted an idea for a spread, and Dione’s mother prayed for it. And Ip’s probably the best thing I’ve ever done. Yeah, I look back and lay responsibility on Dione’s mother for praying about it. 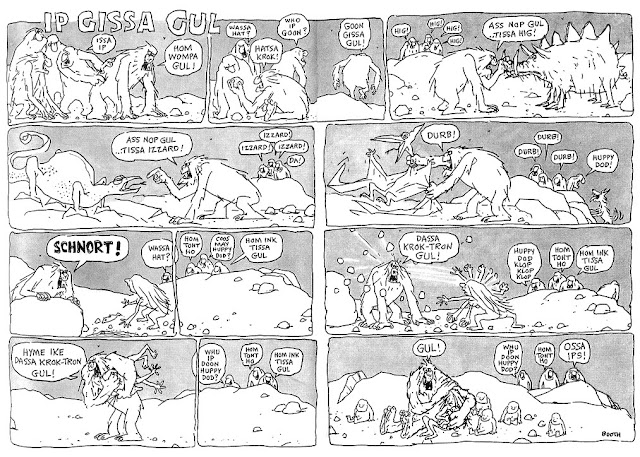 Dione: People used to write him in Ip language, or call him up and say things to him on the telephone. You just never know where people are, or how you touch them. It’s a continual surprise.

Booth: I did a second “Ip Gissa Gul” spread, and Geraghty showed it to Shawn. The message came back that Shawn said, “I don’t want Booth to do any more Ip because that’s a classic.” I just dropped it. He was right. It wasn’t a step up, it was a step down.

I like to try to give people a little understanding, even if I don’t understand them. [Laughs.] And I’ve seen a lot of that in the American home. Women just talk, talk, talk, and the man’s sittin’ there in another world. I don’t know what you call that, but it exists. 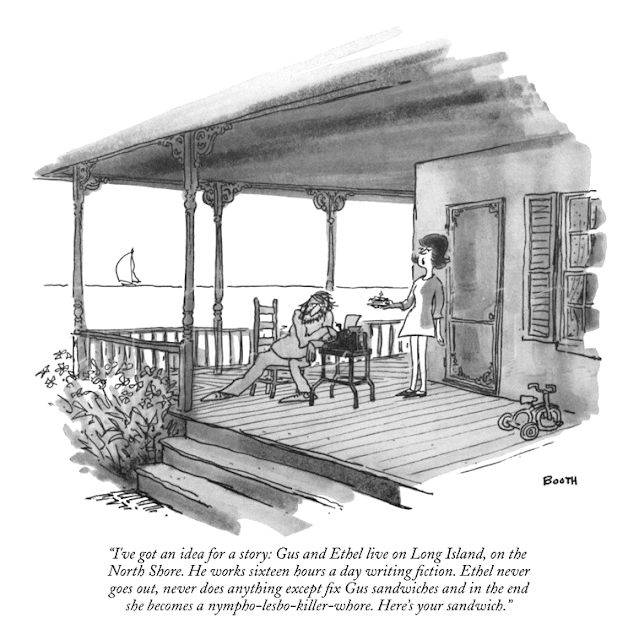