Bernie Goedhart in The Gazette. 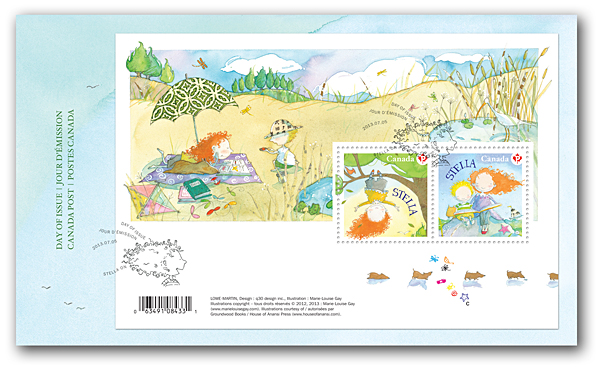 Marie-Louise Gay admits she shares certain traits with her best-known creation, the exuberant Stella. That tousled head of hair, for example — although Stella’s curls are long and red, while Gay’s sport blond streaks and are cut shorter these days.

When it comes to the books about Stella and her brother Sam, however, the author/illustrator says only in Read Me a Story, Stella does she truly recognize herself.

“I can say that Stella, in that book, is me,” Gay said during an interview three weeks before the book’s release and just days after Canada Post released two postage stamps bearing Stella’s likeness. “Since I was very young, I’ve always read a lot.” 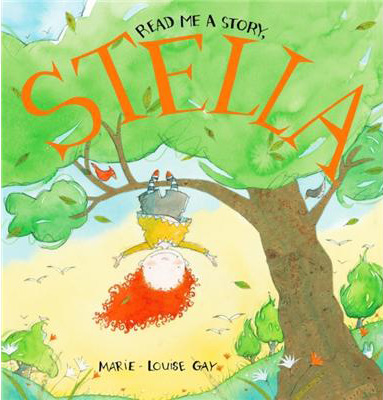 In fact, as biographical material on her website states, the author/illustrator was born in Quebec City “into a nomadic family” that moved 10 times before she was 12 years old, “and I understood that my best and most constant friends would always be books.”

To date, she has contributed more than 60 volumes to the canon of Canadian children’s literature, beginning in French with Hou Ilva by Bernard Gauthier in 1976 and in English eight years later with Lizzy’s Lion, a rhyming text by poet Dennis Lee that first brought Gay’s distinctive style of illustration to nationwide attention. Even then, the images she created had a tendency to burst out of their frames. “It gives them movement,” she explained. “You don’t know where they’re going to end up.” It’s with considerable pleasure that she notes even Canada Post respected that tendency, letting Stella’s hair flow out of the frame in one stamp and a tree branch extend beyond the border in another.

“I was absolutely thrilled when Canada Post approached (publisher) Groundwood and I,” she said. “They looked at all the Stella images and I’m very happy with the little scenes they chose for the stamps, both of them reflecting the personalities (of the characters in the books). One of the stamps shows Stella hanging upside down from a tree branch, expressing her exuberance and her tendency to look at the world in a different way. The other stamp shows the wonderful sibling relationship between Stella and Sam.”

That relationship is an integral part of the series — beginning in 1999 with Stella, Star of the Sea — in which Stella deals patiently with a cautious and timid little brother who routinely plies her with a never-ending stream of questions. She is never at a loss for answers, although she often resorts to flights of fancy, and always strives to make Sam feel safe while, at the same time, encouraging him to spread his wings a little. Read Me a Story, Stella is the fifth title in the series (not counting Stella! A Treasury, published last year). Gay imbues her characters with voices and traits that have earned them a solid place in children’s literature. 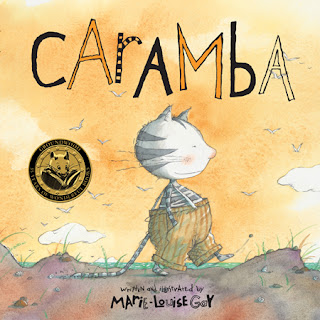 While “Stella was born in the south of France,” the stories are written first in English and then translated, by Gay, into French. (The reverse is true for some of her other books; Caramba, about a cat who longs to fly, originates in French and she translates into English.) 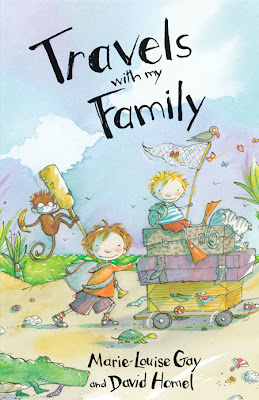 In 1996, Gay and her husband, David Homel, spent a year in France with their sons, Gabriel and Jacob. “We lived in a small rural village, in a 300-year-old house,” Gay said, “and everything was new to me — the light, the smells, the sights. It was like finding yourself with the vision of a child, discovering new things every day. Because of this, I started working on this character who became Stella. Initially she was the one asking the questions, but I realized that wasn’t working. Then, over the sand dunes, came Sam.”

The books, she said, are about curiosity — about a sense of wonder, something we too often lose as we grow older. Gay herself, at 61, remains curious. “I love travelling for that reason,” she said, having just returned from Turkey. “If you stay in one place and don’t move, you never see anything new.”

She works on each Stella text for about a year — not to the exclusion of other projects, but still, it takes time to get the text right. “It has to be simple enough to be a child’s voice, but sophisticated enough to convey an emotion,” Gay said. In picture books, where texts are generally brief, “with so few words at your disposal, the ones you choose have to be evocative.” And as illustrator, she has to strive for the same equilibrium in art as in text. 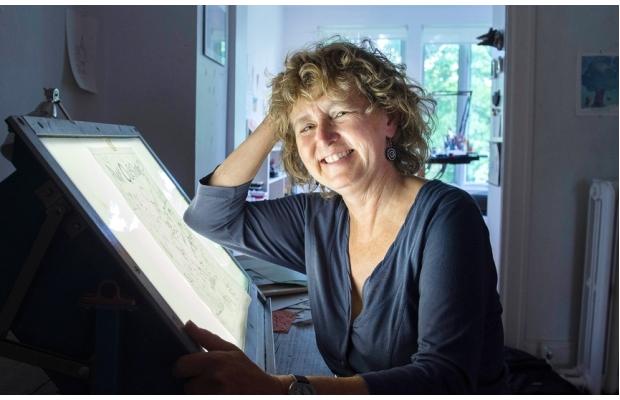 “Some people have the impression that children’s literature is a sub-genre of literature,” Gay said. “I hear this too often.” But a love of books often has its origins in childhood, and the author/illustrator said one of the biggest thrills of seeing her creations on postage stamps was the realization that “this means Canada Post recognizes the importance of children’s literature.”

This is the second time art from children’s books has been featured, she added, noting that stamps were issued last year with images from Franklin the Turtle books by Ontario’s Paulette Bourgeois and Brenda Clark.

“It’s so iconic to have these images on stamps,” Gay said. “It makes me so proud.”

© Copyright (c) The Montreal Gazette
Published by Bado at 4:00 AM