The 2013 Festival of Cartoon Art


The Billy Ireland Cartoon Library & Museum is pleased to announce our Grand Opening Festival of Cartoon Art, to be held at the Ohio State University in Columbus, Ohio from November 14th-17th. The Festival, a celebration of cartoons, comics and their creators, is held every three years. This year we have more to celebrate than ever: the opening of our new expanded facility in Sullivant Hall.

Academic Conference: A two-day academic symposium will kick off the Festival on Thursday and Friday, November 14th and 15th, including a keynote address by American media and popular culture scholar Dr. Henry Jenkins. Dr. Jenkins is Provost Professor of Communication, Journalism, and Cinematic Arts, a joint professorship at the University of Southern California Annenberg School for Communication and the School of Cinematic Arts. Panels at the conference will focus on the strengths and special features of the Cartoon Library’s unparalleled collection. The academic conference is organized by Professor Jared Gardner and is co-sponsored by OSU’s Popular Culture Program and Project Narrative.

Grand Opening Celebration: A special program and ribbon-cutting party are planned for Friday night, November 15th. The program will feature a conversation with two Ohio State alumni who both have new graphic novels debuting this fall: Jeff Smith, whose one-volume edition of his sci-fi noir comic, RASL is being published by Cartoon Books, and Paul Pope, whose new graphic novel Battling Boy is being published by First Second. 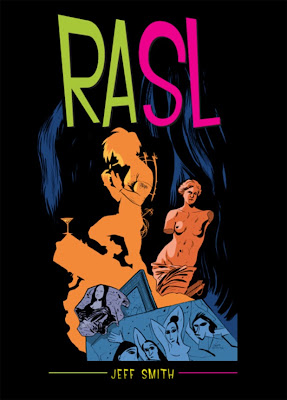 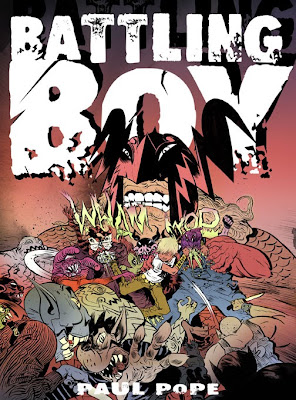 Festival Forum: This year our Festival Forum will take place on Saturday and Sunday, November 16th and 17th, and will include presentations by talented creators working in a variety of genres. Speakers include Red and Rover comic strip creator Brian Bassett, alternative editorial cartoonist Matt Bors, autobiographical and independent graphic novelist Eddie Campbell (Alec, Bacchus, From Hell), graphic novelist Kazu Kibuishi (Amulet), and Pearls Before Swine comic strip creator Stephan Pastis. In addition, Jeff Smith will introduce a program of Looney Tunes to celebrate the 75th birthday of Bugs Bunny. The forum will also feature a screening of the documentary, Stripped, which will be introduced by its directors Dave Kellett and Fred Schroeder and will be followed by a Q&A with them and several of the cartoonists featured in the film: Dylan Meconis, Patrick McDonnell and Hilary Price.

Treasures from the Collections of the Billy Ireland Cartoon Library & Museum: This permanent exhibit will feature a selection of exceptional artwork and artifacts highlighting the breadth and depth of our collections.

Substance and Shadow: The Art of the Cartoon: Cartoonists have mastered an almost limitless vocabulary of graphic expression to entertain and enlighten their audiences, but the creative process is still a mystery to most readers. This temporary exhibition curated by Brian Walker reveals the elements, methods, tools and techniques that cartoonists utilize to create their masterpieces of graphic communication.

Youth Programming: In conjunction with the Wexner Center for the Arts, the Festival will include several youth events, including a special event with French cartoonist Marc Boutavant and a WexLab teen comics workshop. Mr. Boutavant’s participation is made possible by the Cultural Services of the French Embassy through the French Authors on Tour 2013 program.

Online registration for the Festival will open August 15, 2013. The host hotel will once again be the Hyatt Regency Columbus.
Published by Bado at 4:30 PM