Joe Heller laid off from The Green Bay Press-Gazette 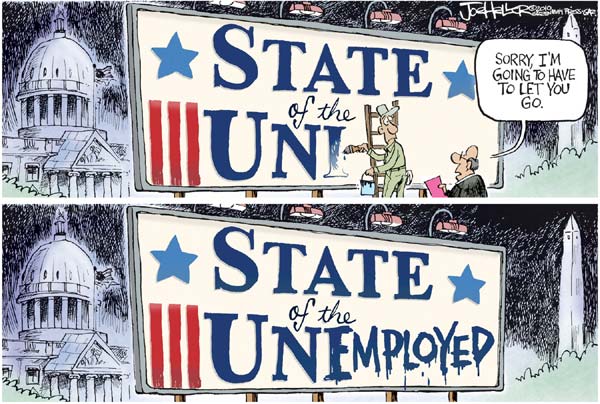 After 28 years at the Green Bay Press-Gazette, editorial cartoonist Joe Heller was told he was part of a Gannett-wide layoff plan. As with many, many others who have faced this scenario, I asked Joe to give me an exit interview.


How long have you been at the Green Bay Press-Gazette?
Joe: 28 years

How much advance notice did you have before you were told you’d be laid off?
I was given no notice of my layoff, although my spidey-sense was tingling for the past month or so. Rumors and too many closed-door meetings, etc.

Was your position ever at risk before?
Probably, but ignorance is bliss.

Was this layoff a Gannett decision or exclusive to the Press-Gazette?
Joe: I believe this was a decision handed down from corporate.

Will you still be drawing for the paper in any capacity?
I’m not sure at the moment. It is up to me whether I want to self-syndicate my work back to the Press-Gazette. There are many legal laws that prohibit me and the Press-Gazette from publishing in a paper that just laid me off.

Have you had time to formulate what your plans are now – near term and long term?
Since I’m self-syndicated with more than 350 newspapers, I will continue to draw my editorial cartoons at my home studio. I’ve dodged the axe so many times, that when it did happen, I was prepared.

You’ve had for years a self-syndicated operation of your cartoons. Will that continue and if so, do you think you’ll expand?
Without the restrictions that my former paper put on me, and there a too many to note, I can now expand my empire to online and circulation areas that were off limits.

How do you feel about Wisconsin now being without a cartoonist (to my knowledge)?
I’m sad/angry that this had to happen. The Press-Gazette was the smallest paper in the state with a full-time cartoonist. They held my position as long as they could… much, much longer than the much, much larger Milwaukee Journal-Sentinel.
You know, not having this “you’re the last dinosaur” label hanging over me is somewhat of a relief. I plan to do some evolving.

Is there anything you’d like to add, or say?
Alan, aren’t you getting tired of sending “exit interview” questions out? Hopefully, this will be the last one. 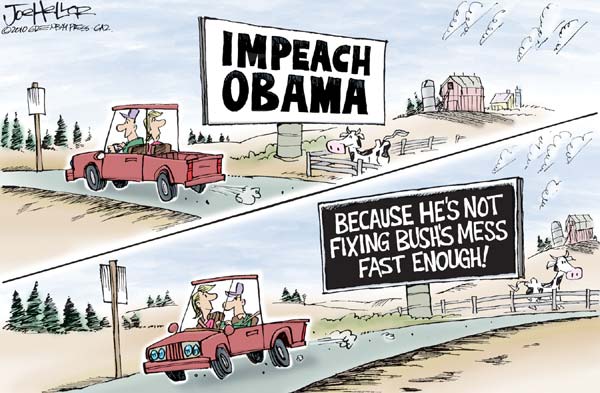 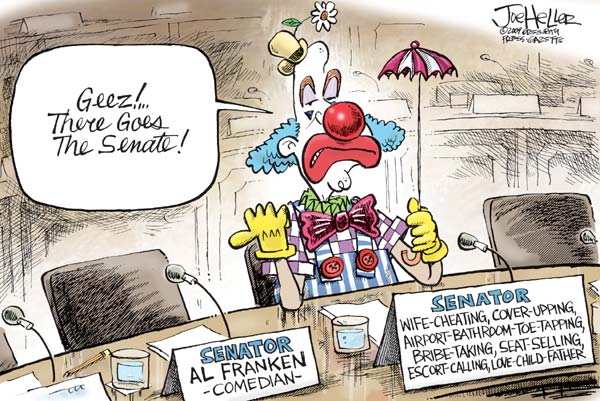