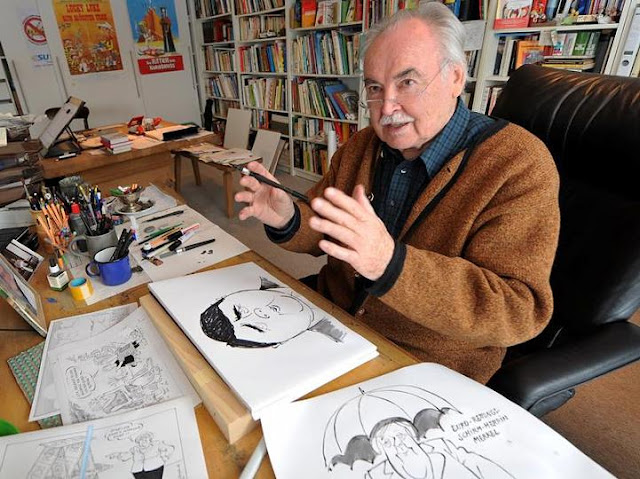 Editor-in-chief Wolfgang Krach said publishing the cartoon, carried in the May 15 issue of the daily, was a mistake and he apologized to readers. 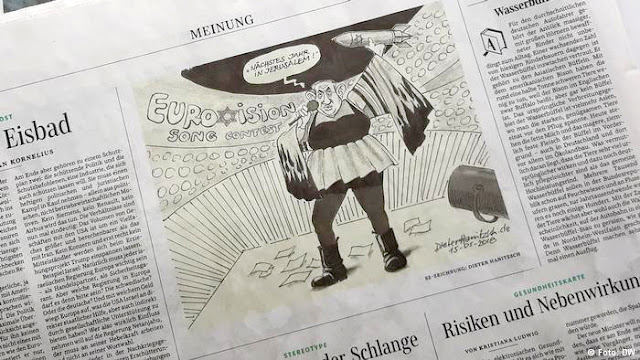 Krach later said the cartoon used “anti-Semitic cliches” when it showed Netanyahu in the attire of Israeli Eurovision entrant Netta Barzilai, who won the 2018 contest on Saturday.

Holding a rocket with the Star of David on it in one hand and a microphone in the other, Netanyahu is shown in the cartoon saying: “Next year in Jerusalem.” 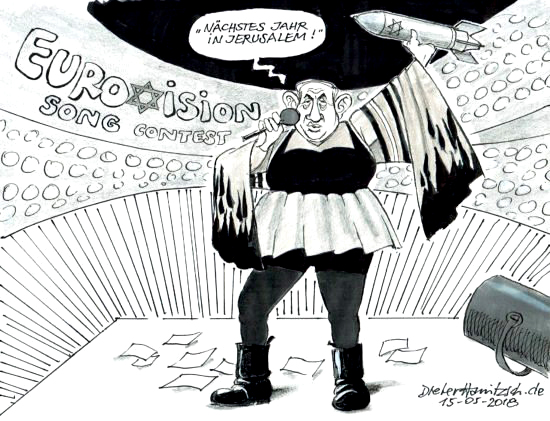 The 85-year-old cartoonist said he wanted to criticize Netanyahu’s exploitation of the Eurovision contest for his own purposes and accused Netanyahu of abusing the singer’s victory.

Netanyahu used the phrase, the toast traditionally given each year during the Jewish festival of Passover, in a congratulatory tweet.


“You brought a lot of respect to the State of Israel,” he wrote. “Next year in Jerusalem!”

It attracted even greater attention in the context of the relocation of the U.S. Embassy from Tel Aviv to Jerusalem that weekend.

Many of Netanyahu’s supporters celebrated the move, a break with decades of U.S. Middle East policy, as a triumph for the right-winger.

Publication of the cartoon also came just a day after Israeli troops shot dead dozens of Palestinians during protests on the Gaza border, drawing strong criticism from many countries.

Hanitzsch told German broadcaster RND on Thursday that he found Netanyahu’s phrase “problematic ... It really does not help to pour even more oil onto the fire.”

But Sueddeutsche Zeitung editor-in-chief Krach told the same broadcaster that he saw the cartoon as anti-Semitic and that the newspaper had ended its relationship with the cartoonist.

He said the newspaper’s editors had approved a draft he submitted before they commissioned the cartoon, and then welcomed the final product.

“I didn’t sneak the drawing into print,” he said.

The German Press Council launched an inquiry to determine whether the cartoon was anti-Semitic after readers had complained that the image “reminded them of the anti-Semitic language of Nazi times,” the council’s spokeswoman told Reuters.

For years, I have been fortunate to see my cartoons occasionally reprinted in Süddeutsche Zeitung. Now, I am asking SZ to stop reprinting my work, in solidarity with Dieter Hanitzsch . The abrupt firing of their cartoonist 10 days ago was a blow to freedom of speech, and showed that they are not ready to stand for the art of satire, sadly.