From Stockholm Center for Freedom. 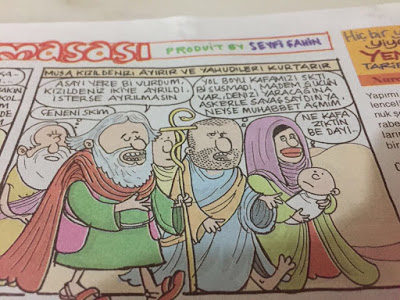 Cartoonist Seyfi Şahin, who used to work for the closed-down popular humor magazine Gırgır, has been handed down a jail sentence of one year, 15 days for insulting sacred values in a controversial cartoon featuring the biblical prophet Moses.

The ruling was made by the Küçükçekmece 2nd Penal Court of First Instance in İstanbul on Thursday. During the final hearing of his trial, the cartoonist said he did not draw the cartoon with the purpose of insult and that he offered an apology to the Jewish community after publication of the cartoon.

Şahin said some members of the Jewish community told him there are similar and even worse cartoons are published in Israel about Moses. “If there is a mistake, it is not one made deliberately,” he added.

The court did not suspend the jail sentence it gave to Şahin on the grounds that he had committed a similar crime in the past and that there was no indication that he would not commit the same crime again. 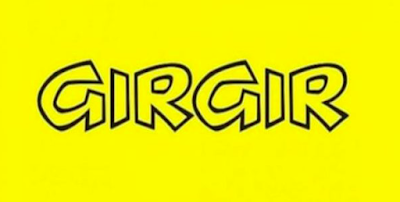 Gırgır was closed down in February 2017 after it published the controversial cartoon by Şahin in its last edition.

The lawyer representing Gırgır’s publishing house at the time told media outlets that the company would file criminal complaints against the cartoonists and other staff at the magazine who were responsible for the controversial cartoon.

At the time, a statement released from the social media account of the magazine said: “We apologize to everyone we hurt with the ‘terrible’ cartoon, which we did not notice due to lack of sleep and exhaustion before it was printed.”

Turkey is ranked 157th among 180 countries in the 2018 World Press Freedom Index released by Reporters Without Borders (RSF) on Wednesday.

If Turkey falls two more places, it will make it to the list of countries on the blacklist, which have the poorest record in press freedom.

Turkey is the biggest jailer of journalists in the world. The most recent figures documented by SCF show that 253 journalists and media workers were in jail as of May 11, 2018, most in pretrial detention.

Of those in prison 192 were under arrest pending trial while only 61 journalists have been convicted and are serving their time.

Detention warrants are outstanding for 142 journalists who are living in exile or remain at large in Turkey.

Detaining tens of thousands of people over alleged links to the Gülen movement, the government also closed down some 200 media outlets, including Kurdish news agencies and newspapers, after the coup attempt in Turkey on July 15, 2016.
Published by Bado at 12:00 AM