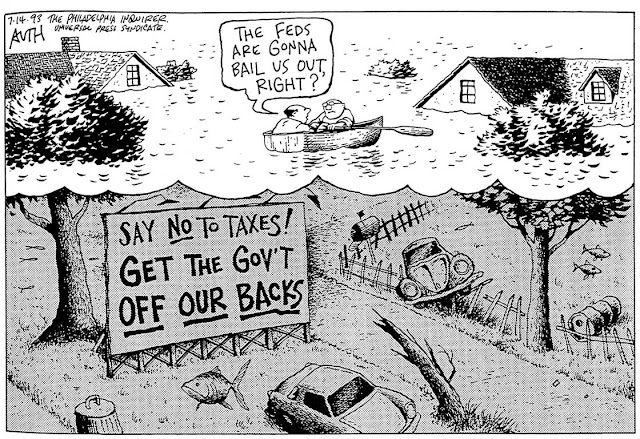 By Pat Loeb at CBS Phillie:

“Tony Auth’s name might be more synonymous with the Inquirer than perhaps any journalist we’ve had.”

Inquirer executive editor Stan Wischnowski says Auth’s resignation is a huge loss for the paper, one that can’t be made up.

Wischnowski says it’s a difficult time for the paper and its sister publications, the Daily News and philly.com, which are up for sale and in the midst of combining newsrooms, in addition to cutting 37 jobs through buy-outs and lay-offs.

Auth could not be reached for comment. He’s been at the paper for more than 40 years.

He won the Pulitzer in 1976 and was a finalist in 2010. But in November, two of his cartoons were killed and sources say he was worried about the combined newsroom. The Daily News also has, in Signe Wilkinson, a Pulitzer Prize winning cartoonist.

Reports are that Auth will go to a non-profit website associated with public radio.

Posted by Alan GardnerMarch 8, 2012
After posting the news yesterday that Philadelphia Inquirer’s Pulitzer Prize winning editorial cartoonist Tony Auth was leaving the paper after 40 years, it was easy to read between the lines that the decision was in part due to the plans to combine the two daily papers (Inquirer and Philadelphia Daily News). In talking with Tony yesterday, he emphasized this was not a recent decision or due to the paper’s future. He had been mulling it over for the last year as he realized that doing editorial cartoons five days a week was not challenging him creatively anymore.
Tony will finish out the month of March with the Inquirer and leave just a couple weeks shy of his 41st year. He’ll then move on to WHYY, the local public broadcasting station, where he’ll have more freedom to explore creativity and journalism in the age of the iPad. Among other things he’ll be pursuing, he’ll be creating video cartoons that he produces on his iPad. These new cartoons (see examples below) are drawn and recorded with an iPad app called Brushes. He then overlays the video with audio commentary. “Watching people draw is magic. These videos invite people into the process,” said Tony.
He will continue to do 2-3 editorial cartoons for syndication and he’ll miss the Inquirer. Looking back at 40 years with the paper, he says he’s in awe of what a great experience he had. “It was a great environment. Other cartoons complain about their editors, for me it was a fabulous environment with lots of freedom. I was never hassled by editors.”

Posted by Alan Gardner
March 8, 2012
The two Philadelphia dailies are heading into an uncertain future. Currently the two papers and their joint web property, Philly.com, are up for sale and the papers are being combined with editorial separation. Buyouts are being offered to employees with the hopes of trimming the employee count. After Tony Auth leaves the Inquirer at the end of this month, Daily News editorial cartoonist Signe Wilkinson will be the last staff cartoonist in the city. She had hoped that Tony’s departure would make the prospect of keeping her position more likely. She’s waiting to see if 10 other employees take a buyout at her paper. If there aren’t enough voluntary buyouts (which she doesn’t think there will be) she says, “I will be one of the people to go. I’m the only person in my “cartoonist” category so I have the least seniority!” As far as the prospect of moving to the sister-paper, she’s been told by the Inquirer’s editor that they will not be replacing Tony.

SIGNE WILKINSON WILL KEEP HER JOB; CARTOONS TO RUN IN BOTH PAPERS

Posted by Alan Gardner
March 16, 2012
Philadelphia Daily News editorial cartoonist Signe Wilkinson has been told her job at the paper is no longer in danger. Last week, after Tony Auth announced he was leaving the Philadelphia Inquirer, we learned that Signe’s future was dependent on 10 other individuals taking a voluntary buy-out.
Michael Cavna reports that while she and the paper are still “working out the specifics” as of Wednesday night, she will live on at the paper to skewer local and national politics and issues.
I asked Signe how secure her job was going into the future. She replied, “secure as anyone can feel in the legacy media. Still looking over my shoulder!”
UPDATE: A note on Philly.com reveals more details about Signe’s job moving forward. In addition to her daily cartoon in the Daily news, her cartoons will also appear in the Inquirer on Sunday, Tuesday and Thursdays and on the shared philly.com website.

Tony Auth's Farewell
Today marks the end of my employment as staff editorial cartoonist for The Philadelphia Inquirer. It has been a joyful and happy ride. The Inquirer has been my home since my weeklong job interview in 1971, where my task was to attend editorial board meetings, take positions, argue my point of view, win some arguments, and lose others. In short, for a week I did everything a political cartoonist does at a newspaper - except draw cartoons. I lost most of those arguments, but won the job.

John S. Knight had recently purchased the paper and was determined to make it a major metropolitan daily. He hired a great editor, Gene Roberts, who set about putting together a great team of reporters and editors. The Inquirer was taking a chance on me. I was working as a medical illustrator in Los Angeles, and I also supplied three cartoons a week to the UCLA Daily Bruin. So the rules at the time reflected that lack of experience.
Creed Black, my editor, was a moderate Republican. He'd not be welcome in today's Republican Party, but that was a long time ago, in what seems like a far away galaxy. Creed would never tell me what to draw, he said, but wanted a choice of drawings to pick from. That led to some game playing by the two of us.
If I had what I thought was a really good drawing, and he picked one of the other two sketches I submitted that day, I would show up the next day with the remaining two. If he picked the "wrong" one again, I would only submit the one he'd turned down twice on the third day, and we'd fight about it. I lost a fair number of those fights, but also won my share. We came to an understanding, and by the time I won the paper's second Pulitzer in 1976, I was submitting one cartoon a day just like any regular contributor.
I have had only one cartoon pulled in my career here, with the exception of a recent aberration, which doesn't really count. The earlier one was a drawing done after a passionate argument with a very conservative member of the editorial board about whether the Washington Redskins' nickname was racist. We had both worked ourselves up, and I did a drawing, which, in my desire to prove my point, insulted every ethnic, religious, and sexual group in the country. Thank goodness Gene Roberts pulled it. I opened the paper the next day, and was actually relieved when it wasn't there. I hadn't changed my mind about the word redskins, but the drawing I did was rightly summed up by Roberts when he asked me, "What were you trying to do, piss off every reader on the same day?"
Actually, I have never set out to annoy anyone, just to describe what's going on as best I can. Commentators like me just want to be part of the conversation. I've been amused over the years at detractors who accuse me of not doing any right-wing cartoons. It's as if they want me to offset myself, not realizing that I'm more than offset by the myriad right-wing commentary that runs constantly in The Inquirer.
Several years ago, I collaborated with writer John Timpane on a project that took us out of the paper and into a number of Philadelphia institutions to write and draw what went on before the public arrived. We did this for the Philadelphia Orchestra, where we went to a series of rehearsals and then a concert at the Kimmel Center. John wrote a wonderful piece and I did 50 or so drawings. There was room for eight or nine drawings in the paper, but we posted most of them on the website. We did the same thing for, among others, the Phillies, the Flower Show, and the Philadelphia Zoo. The drawings were very different from political cartoons, and were rewarding in an entirely different way. I have illustrated a number of children's books, but I began to think then about making room in my professional life for different forms of expression.
More recently, I discovered an iPad app, which is an exquisite drawing and painting program that records every stroke an artist makes, and allows the finished drawing to be played back as a movie. I began experimenting with storytelling, using the app, and the results have been artistically rewarding. They can be seen as "Tony Auth's sketchpad," a feature that appears on philly.com.
I've recently been going through the 8,000 or so drawings I've done for The Inquirer, preparing for a retrospective exhibition, which will be at the James A. Michener Museum in Doylestown all summer. It's a remarkable exercise; seeing what stands up, what still looks good, and what you wish you hadn't done. It's made me aware that I certainly don't want to stop drawing political cartoons, although I want to do fewer of them.
So I'm moving to WHYY, and its website NewsWorks, where I'll be doing new forms of commentary, using pen and ink and watercolor, as well as digital apps. My new work will be there alongside links to my political cartoons, which will continue to be syndicated by Universal Press Syndicate. To say that I'm excited about the future would be a gross understatement.


I want to say thank you to The Inquirer, a great newspaper and my home for so long. Over the years, people have often said to me, "You're so lucky, you can work from home." Why in the world would I want to work from home, and deny myself the pleasure of working in a building filled with smart, insightful, irreverent, funny, energetic, and engaged people? Colleagues at The Inquirer created an atmosphere of give and take, one where I could show my sketches to the reporters who wrote the stories I was commenting on to get their feedback; an environment that was stimulating and nurturing, and that still exists at the paper.
Finally, thank you, readers. Over the years I've received thousands of letters and e-mails, expressing everything from passionate agreement to explicit hatred. But that's the nature of the conversation I wanted to be a part of. I've had my loudspeaker, and I've never begrudged any response from any of the people I've tried to stir, inform, and inflame.