Tom Spurgeon created his website, The Comics Reporter—his best-known work. He launched the site in 2004 with Jordan Raphael as the designer.

His content won him the Eisner Award for Best Comics-Related Periodical/Journalism three separate times: once in 2010, again in 2012, and once more in 2013. 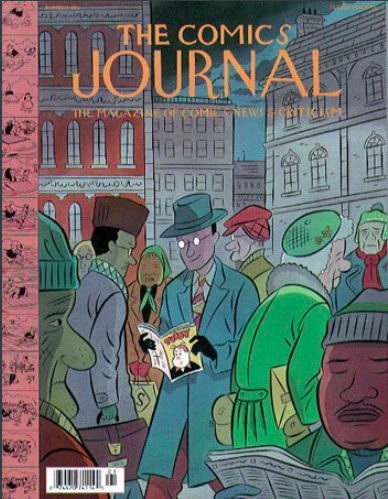 He also wrote books on comic book history. He wrote the Stan Lee biography (also with Jordan Raphael), Stan Lee and the Rise and Fall of the American Comic Book.

With Jacob Covey, he wrote the history of Fantagraphics in Comics as Art: We Told You So. He also wrote The Romita Legacy, a tribute to John Romita Sr.

He even tried his hand at his own comic. From 1999-2002, he worked with artist Dan Wright on the syndicated comic strip, Wildwood.

Naturally, many in the industry were shocked by the news of Spurgeon’s death. Across social media, he had earned tributes from his friends and fans.

Heidi MacDonald said, “Like everyone, I’m numb. Tom was my editor, my friend, my colleague, my rival, my inspiration. No one loved comics more. I can’t even begin to describe how much he loved comics. He held us all to a higher standard, myself included.”

A Tweet from Tom King read, “Horribly sad to hear of Tom Spurgeon’s passing. Love his comics criticism; a man who saw the potential in the medium and demanded we keep striving for that transcendence. Finally met him in Baltimore this year, when I presented him with a Ringo. RIP you smart ass nerd.”

A Word From Tom

In 2011, Spurgeon had a health scare that required surgery. He wrote an essay about the experience, “All These Things That Have Made Us”. In it, he discusses at length the ways comics have changed, and the way he has changed as a consumer of a beloved medium.

He wrote, “I’m sentimental now, and that’s part of it, but I also think there’s something to a form that’s constantly slipping out of your grasp, that’s broader and deeper and weirder and more intense than even the excellent works that sifts to the top.