Mr. Lane’s work was featured on the op-ed pages of the newspaper from 1972 until 2004, after The Evening Sun had merged with the morning paper, The Sun. He wished to pass the pen to others rather than become someone “lumbering on” past his time, according to his wife of 51 years, Dr. Gloria Lane.

An amateur artist since childhood, he had served in the Navy and had worked for General Electric before seeing an advertisement for a job at the newspaper. He submitted drawings he’d done at home to the editor and earned his first professional job drawing.

His award-winning work targeted subjects from local government all the way to the presidency and international figures. He even drew the home team’s mascot, the Oriole bird. Dr. Lane said he was always reading and thinking, and often submitted four to six ideas a day for editors to choose from. 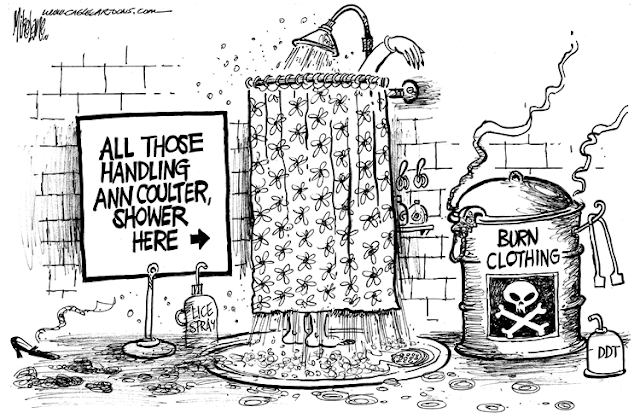 Still, Mr. Lane didn’t much like being the center of attention, and preferred the company of his wife, two sons, and later, four grandchildren.

“He approached his craft much as a carpenter,” she said. “He’d do his job and then put his tools down and that was it. He did not like fanfare or the spotlight."

Lane, who grew up in Maryland, the son of John Lee Lane, an architect, and Winifred Scott Lane, a homemaker, he found a professional calling as a champion of the disadvantaged. 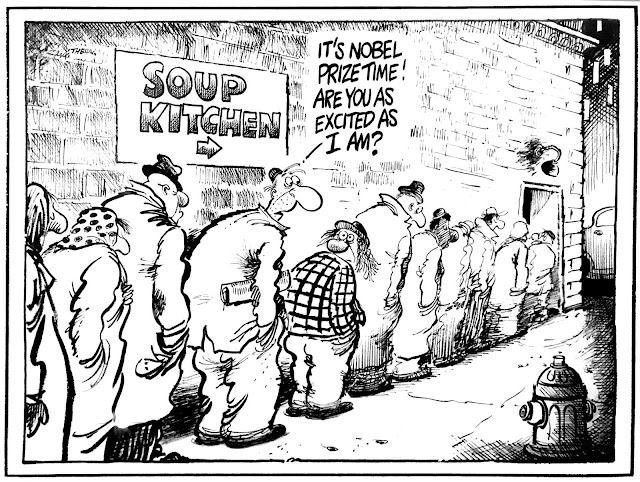 His son John said Mr. Lane “had a soft spot for the underdog and couldn’t stand bullying in any form. He also legitimately was incapable of telling a white lie with a straight face."

His son said he also was humble, never overstating his own importance. Lane once told him, “Remember, the next day the newspaper is fish wrap.”

Along the way, he won the admiration of various former colleagues, from editors and writers to fellow cartoonist Kevin “Kal” Kallaugher, who said Mr. Lane was an institution unto himself and a “first class cartoonist and individual” who combined “free-flowing artistry and passionate advocacy” for just causes.

“One of the enduring qualities of Mike’s cartoons was how he could deftly skewer the backward policies of a bumbling politician while simultaneously employing the playful artistry reminiscent of his cartoon hero Ronald Searle,” he said. 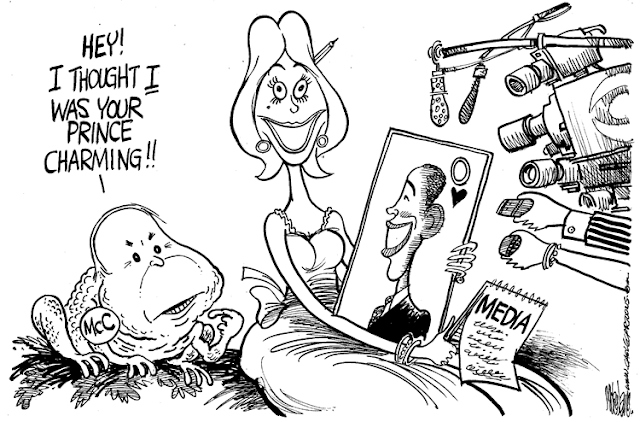 “Mike was a master of both whimsy and the whip, in other words, a master cartoonist. I sadly but respectfully dip my hat and my pen to my honorable departed colleague, Mike Lane.”

Baltimore Sun columnist Dan Rodricks wrote in appreciation of Mr. Lane on Monday that he went to work in his Sun studio with a “sharp pen and sharper wit, quietly creating excellent cartoons day after day.

What made them excellent? Mike’s cartoons were timely, and they reflected the gifts in his hand, his heart and his brain — his artistic talent, his humanity and his fierce, nurtured sense of right and wrong, all of them working together at the drafting board to produce a witty, often stinging take on a news story, a controversy or political development.”

Lane was frequently the subject of letters to the editors, often in his defense. More than one noted his “sensitivity” and concern for the needs of people, such as returning Vietnam veterans. Though, he also drew the ire of others, who found him “rude.” 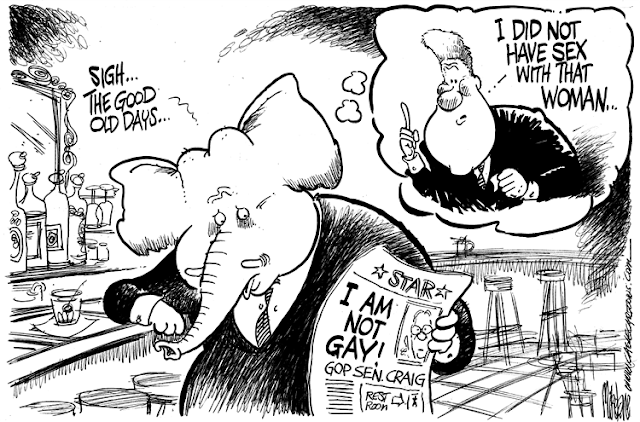 But that was not the person, according to Sara Engram, a former editorial page director for The Evening Sun.

“He was an exceptionally talented and gracious man," she said. "Also funny.”

In addition to his wife, Mr. Lane was survived by a son Mathew and his wife, Rebecca; a son John and his wife, Elizabeth; and four grandchildren, Henri, Ana, Emilie and Nicholas.

The family said services and burial will be private.

The Baltimore Sun’s obit of Mike Lane can be found here.
Published by Bado at 12:00 AM