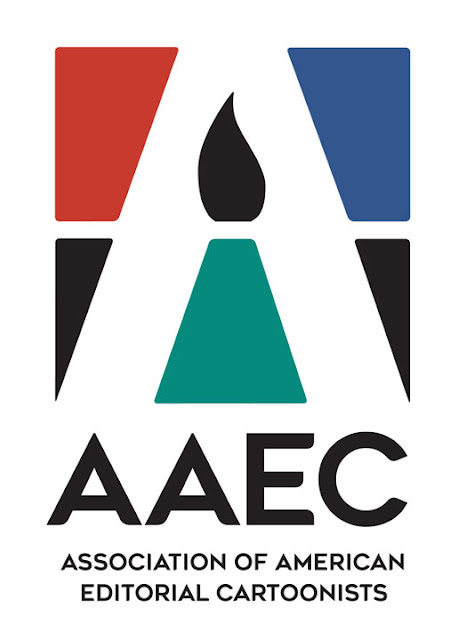 The update, which keeps the same address, replaces a stalwart site that has been running since 2005 (which is like, what, a million years in internet time?)

The new site is still under construction—we’re still moving recent news items over, for instance—but has a nearly 20-year-old archive of daily cartoons from its members going back to the turn of the century.

For over 60 years, the AAEC has been the professional association concerned with promoting the interests of staff, freelance and student editorial cartoonists in North America, including political illustrators and the growing field of comics journalists.

As the media landscape shifted in recent years, the AAEC has begun to reinvent itself as a free speech organization, focusing on First Amendment issues and the concerns of a free press.

We work closely with Cartoonists Rights Network International, and other international groups that support the human, civil, and artistic rights of cartoonists around the world.
Published by Bado at 12:00 AM