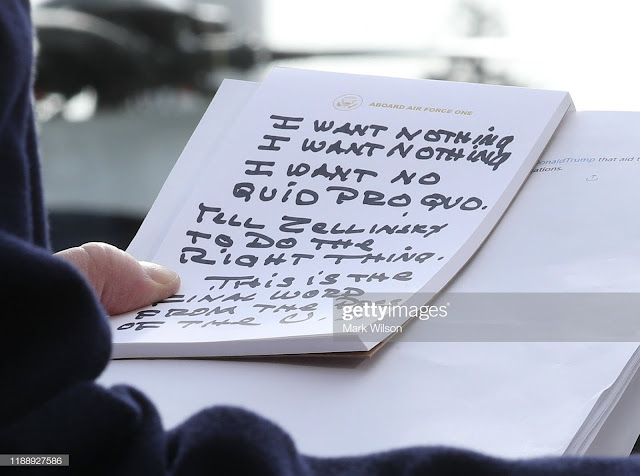 Heck, the only proof he has ever used a computer is this photo of him sitting in front of a Mac from July… and even then, Trump looks like he’s going to try to prod the screen with one of his granule-sized fingers. 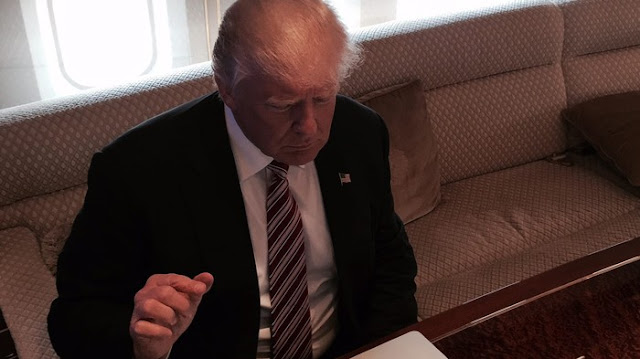 But that’s not to say that Trump doesn’t read what’s written about him on the internet. He does.

His assistants laboriously print out articles on him, which he then covers in crazily scrawled editorial notes, such as “BAD WRITER!”, “BAD PICTURE (NO SURPRISE)” and “OH REALLY!” 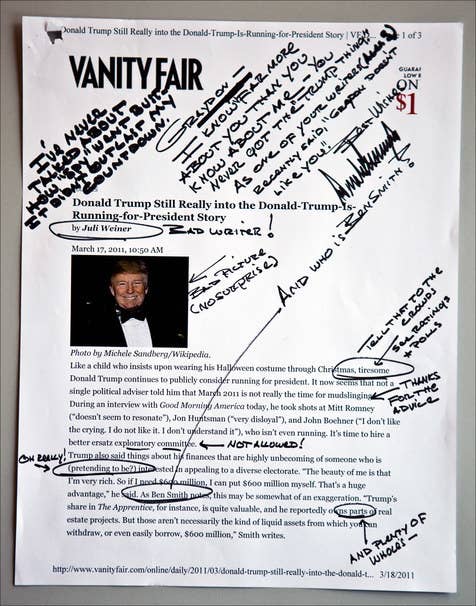 For a recent satirical article, which purported itself to be Trump’s own handwritten notes from the second debate, BuzzFeed decided to go the extra yard and task Mark Davis, a graphic designer at BuzzFeed and Font Bureau, to recreate The Donald’s handwriting as a custom font, which it’s calling Tiny Hand. 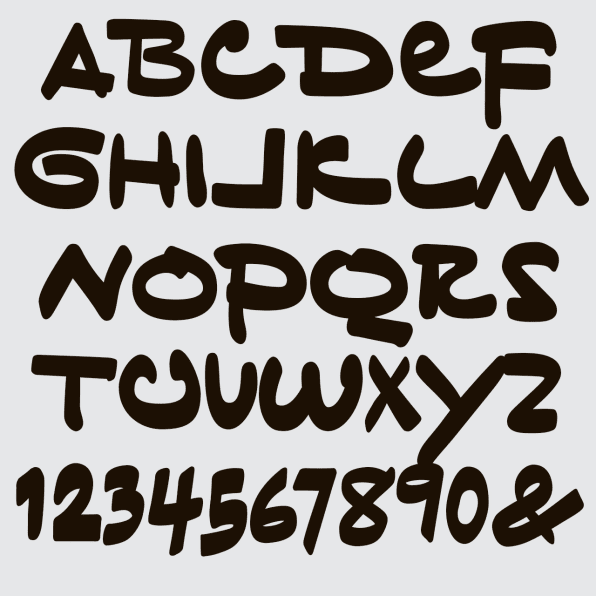 In a post announcing the font, Ben King, deputy editor of BuzzFeed News, explains its origins:


On Wednesday morning, Saeed Jones, BuzzFeed News‘ executive editor, sent me the first draft of Hannaham’s post. Naturally, I Googled “Trump notes debate” to research visual cues we might use in order to help provide a visual identity for the story.

The search yielded several examples of Trump’s . . . eccentric handwriting style. With only a cursory search–and more focused keywords–I was able to find other examples of his handwriting. Trump’s notes, written to friends and enemies alike, were almost always written at an angle, scrawled on top of printouts of articles from the internet . . .

I was struck both by the peculiar delivery of the notes, but also by the idiosyncratic way Trump writes the alphabet. At that moment it was clear to me–as it surely must be to you, dear reader–I had to make a font based on Donald Trump’s handwriting.


King also told us by email: “We had the idea so quickly that the most challenging aspect was getting it done as fast as possible. Once we realized we could, we (perhaps rightly) never paused to ask if we should.

In the end, we were very fortunate that Mr. Trump’s prolific mailings found their way onto the internet, as it gave us an quite a bit of source material to work with.”

So what does Tiny Hand, and by extension, Donald’s Trump’s handwriting look like?

Imagine a sociopathic, sexually ravenous Walt Disney with hands the size of a GI Joe action figure, frantically etching away with a Sharpie Magnum, and you’ll have something of the feel of the font.

So what’s Tiny Hand good for, as a font? Where to even start.

Passive-aggressive Post-Its left all around the house, accusing your roommates of not having the stamina to do dishes, or criticizing the way they vacuumed the living room: “Sad!”

Heck, if you really wanted to be like The Donald, you could use Tiny Hand to design coupons to distribute to the young girls in your neighborhood, redeemable on the holder’s 18th birthday for an overnight stay at any state route hotel room.