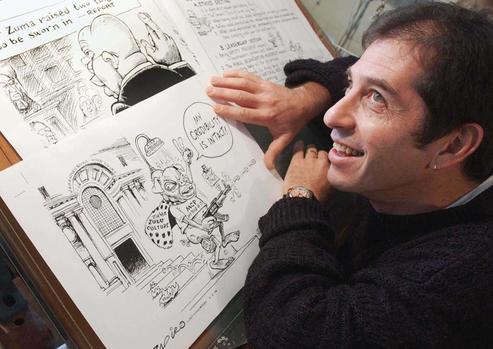 Ambassador of France to South Africa Aurélien Lechevallier will bestow upon cartoonist Jonathan Shapiro (Zapiro), the award of Chevalier des Arts et des Lettres (Knight in the Order of Arts and Letters) on behalf of the French President Emmanuel Macron in Cape Town. 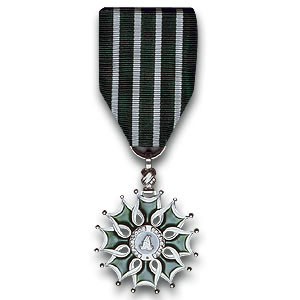 The Order of Arts and Letters is a French order established in 1957 and awarded by the French ministry of culture in recognition of significant contributions to the enrichment of the arts and literature in France and abroad.

Born in 1958, Zapiro attended school in Cape Town and completed a degree in architecture at UCT.

He was active in anti-apartheid movements before travelling to New York on Fulbright Scholarship, after which he established himself as South Africa’s best-known cartoonist shortly.

He has published 24 cartoon annuals and four special collections. 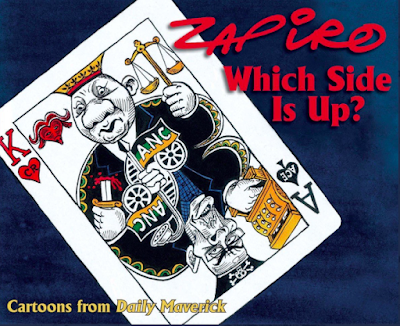 His South African awards include the Mondi Shanduka Journalist of the Year award, an honorary Alan Paton Award and two honorary doctorates.

Internationally he has won the Principal Prince Claus award Netherlands (2005) as well as Press Freedom awards from the International Publishers’ Association, the Media Institute of Southern Africa and Cartoonists’ Rights Network International.

In 2011, the magazine Jeune Afrique voted him one of the 50 most influential people in Africa.

He was celebrated as one of the ‘100 World Class South Africans’ by City Press and he made Credit Suisse ‘50 Movers and Shakers in Africa’ list.

In 2016 he was listed as one of the top ten cartoonists in the world by Top Teny online lifestyle magazine.

He is currently an editorial cartoonist for Daily Maverick.

Previously, he was published in the Mail & Guardian, Sowetan, Sunday Times, Independent Newspapers and The Times.

Lechevallier said: “In Jonathan Shapiro, France wants to give recognition to an artist, a friend, but also a freedom fighter who shares the values of the French Republic.”
Published by Bado at 12:00 AM