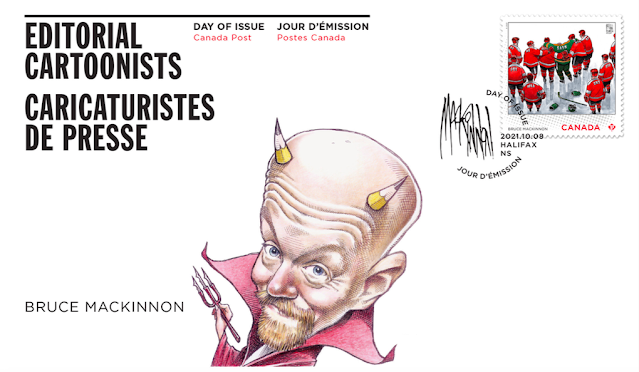 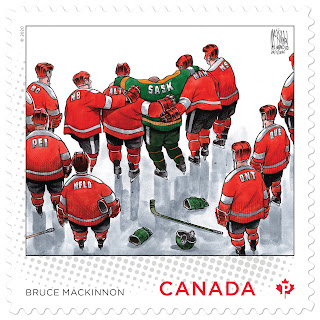 Bruce MacKinnon of The Chronicle Herald (Halifax) is one of the country’s most thoughtful, talented and respected editorial cartoonists.

MacKinnon had his first editorial cartoon published in his hometown weekly paper in Antigonish, Nova Scotia, when he was just 14.
After he drew weekly cartoons for the Herald, the paper hired him full time in 1986. Since then, he has drawn roughly 8,000 cartoons – but it is their quality that has won him numerous accolades.

His deeply touching tribute to a reservist killed at the National War Memorial was shared around the country and the world, as was his cartoon following the Humboldt Broncos bus crash in 2018.
On such dark days, he reflects the gravity of the situation in a way that he calls “subtle and nuanced.”

MacKinnon has won 21 Atlantic Journalism Awards, six National Newspaper Awards for editorial cartooning (and a seventh, the inaugural Journalist of the Year award) and the World Press Freedom International Editorial Cartoon Competition.
The citation for his appointment as a Member of the Order of Canada in 2016 describes him as “one of Canada’s most skilled, empathetic and provocative editorial cartoonists.”
More about Bruce MacKinnon here.
Published by Bado at 8:00 AM