Hail to the King

Jay Stone in The Ottawa Citizen. 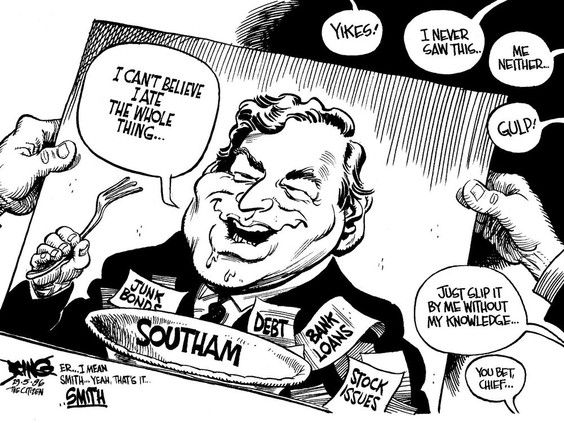 Alan King’s most famous cartoon is probably the one he did in 1996 when Conrad Black bought the chain of Southam newspapers.
The cartoon shows Black in front of a bowl labelled “Southam” and festooned with labels such as “Bank loans” and “Debt.” Black is saying, “I can’t believe I ate the whole thing …”
It was in many ways a typical editorial cartoon: the expertly rendered caricature that gave Black a look of patrician satisfaction, the apt visual metaphors, the subtext — something about corporate acquisitiveness — that makes the best ones little masterpieces of commentary.

There was one difference, however. In the corner, King crossed out his own name and signed it “Smith.”
That was because Southam owned the Ottawa Citizen, where King worked. He was daring to mock his own boss and pretending to disguise the fact.
It was very post-modern. It was also very predictive.
King left the Citizen shortly after, for different reasons, but he always said it was the Conrad Black cartoon that did him in.
That cartoon — along with King’s own story of his career on the perilous front lines of ridicule — is included in a new collection called King of Cartoons. 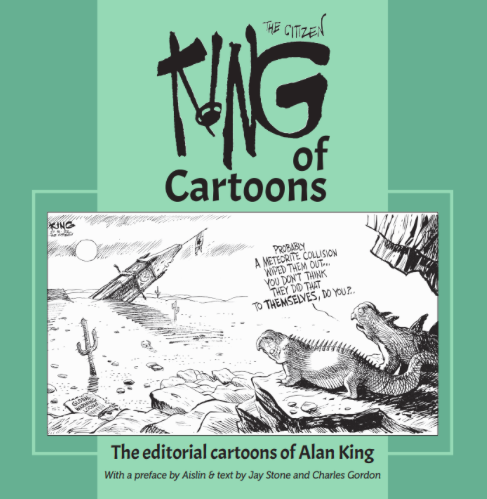 It’s the best of his work as chosen by his former colleagues, assembled a mere quarter-century later.

King was the Citizen’s editorial cartoonist for 17 years, until 1997.
He died suddenly this past February after complications from heart surgery. King of Cartoons was put together by some former Citizen writers and editors as a tribute and a valedictory.

We retired journalists meet every Friday morning for breakfast and during the COVID-19 lockdown, we moved the meeting to Zoom.
That meant out-of-towners like Alan — by then working as a commercial artist in Toronto — could join us.
So we got to know him all over again and we were struck by how interesting and engaging he was, now that we weren’t working and consumed with how interesting and engaging we ourselves were.
King was not only a talented artist and musician, he was a polymath in the issues that captivated us during those dark days: political trends, demographic emergencies, ethical conundrums, Donald Trump, and so on.
When he died, we decided to honour his memory.
We gathered his cartoons from Library and Archives Canada, Postmedia (now owner of the Citizen ), and King’s family members, and the amazing thing was how many of them are still relevant today: war, hunger, health-care emergencies, OC Transpo, all of the evergreen topics of (often very comical) outrage. 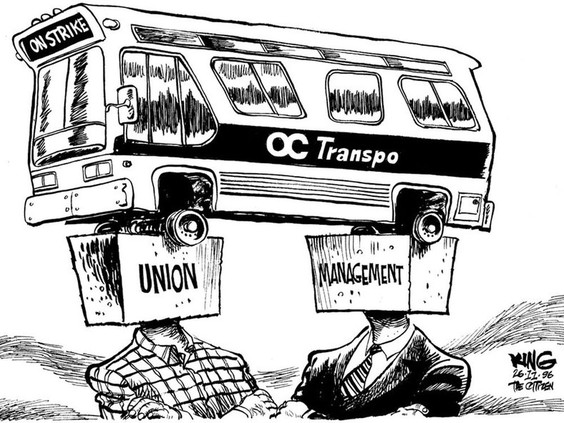 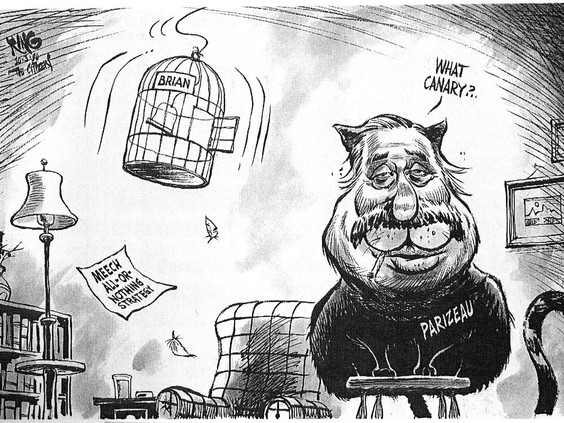 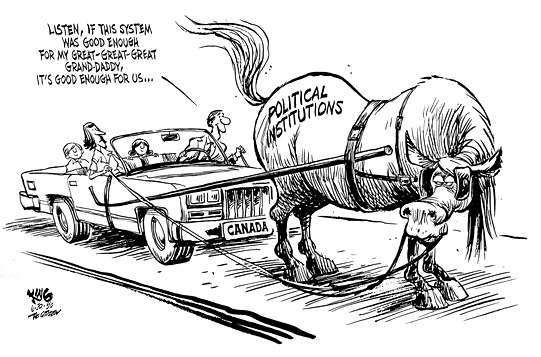 Political cartoons are not pictographs for the lazy: they’re a kind of astute satire that, in King’s case, presupposed a knowledge of, for instance, the works of George Orwell or the drawing style of M.C. Escher, as well as a familiarity with the people and issues of the day.

A couple of us wrote commentaries for the collection, to put everything into context.
Then we hired Burnstown Publishing House to print them up, as we say in the book business.
They’re $25 each and we’re donating the profits to Alan’s favourite charities, the World Wildlife Fund and Global Giving.
There’s also a book launch this Saturday from 1 to 3 p.m. at The Newport restaurant on Churchill Avenue at Scott Street.
Lots of us will be there. We don’t expect Conrad Black. 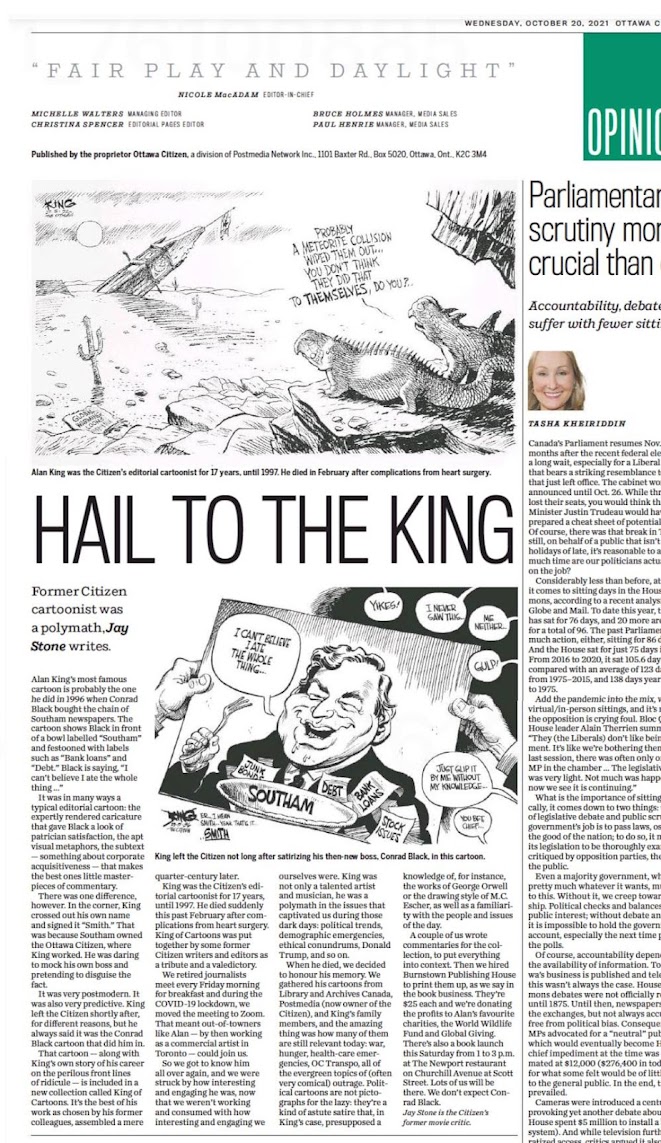