From the Beat Comics Culture. 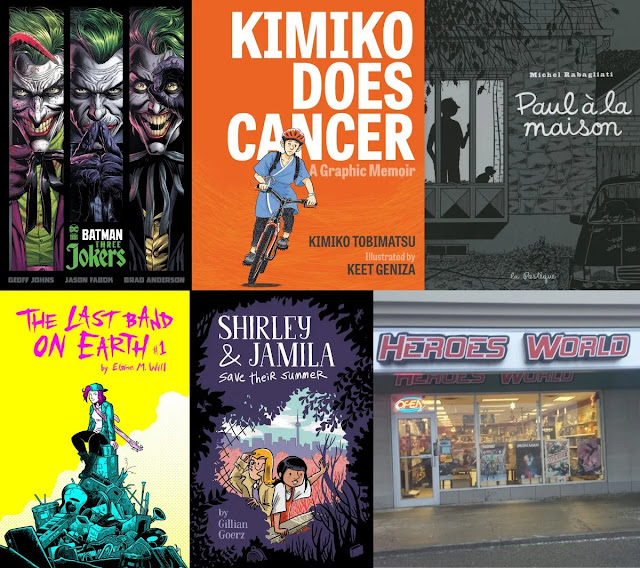 Over the weekend the 2021 Joe Shuster Awards finally announced its winners after significant delays.
The nominees for the Canadian comics awards – which recognised work produced in 2020 – were released late last year, throughout the month of December 2021 and one category’s nominees weren’t even announced until January 1, 2022.
The Joe Shuster Awards apologised for the delay and talked about the troubling time 2020 – which the 2021 awards cover – was for everyone. Consumers, creators, retailers (not to mention the whole world):

“It took a lot longer than we would have liked but here are your 2021 winners for works published in 2020. 2020 itself was a challenging time as the world insulated itself to limit the spread of the global pandemics.

Canadian comic creators, publishers and retailers were all impacted by mandated store closures and a bunch of significant changes to the direct market as Diamond shut down for a time and DC Comics explored alternative distribution methods.

Many Canadian comics shops did not survive this tumultuous time, but others stepped up to help, like our 2020 Harry Kremer award winning store Heroes World, who teamed with previous winners The Dragon, Gotham Central and other retailers across the country to raise money to help those in need.

With no conventions and events, creators turned online to use the tools available to sell their books and commissions.

That being said, 2020 was still a solid year for Canadian comics from all quarters. As we started work on these awards, the world started to come back to life again, in fits and starts, so it was a lot more difficult to organize, especially as work started to pick up again.

Three categories are on hold this year: cover artist, webcomics, and anthology collection (the latter due to limited submissions). All of the other categories required tough decisions, in particular the Gene Day Award which had four strong contenders.

Congratulations to all of the winners. We hope to get the 2022 awards (for 2021) sorted out in a much timelier manner later this year.”

The winners of the 2021 Joe Shuster Awards for Canadian comics included DC creator Jason Fabok for Best Canadian Artist; and Michel Rabagliati in the Best Canadian Cartoonist category in recognition for the latest instalment in the ongoing Paul series (Paul à la maison/Paul at Home).

Kimiko Does Cancer, which got nominations in the artist (Keet Geniza) and writer (Kimiko Tobumatsu) categories, came away with an award for Best Canadian Writer for Tobumatsu. The nominations and the win for the 20-something memoir of cancer survival puts another feather in the cap of publisher Arsenal Pulp Press’ growing line of graphic novel titles.
Meanwhile Gillian Goerz’ Penguin Random House published middle grade graphic novel Shirley and Jamila Save Their Summer won the Dragon Award Kids category.

Elaine M. Will’s The Last Band on Earth #1 got the Gene Day Award for Canadian Self-Published comic. The comic was originally planned to physically debut at TCAF 2020 but world events nixed that.
The third issue of the story will, however, be available at TCAF 2022.
Published by Bado at 12:00 AM