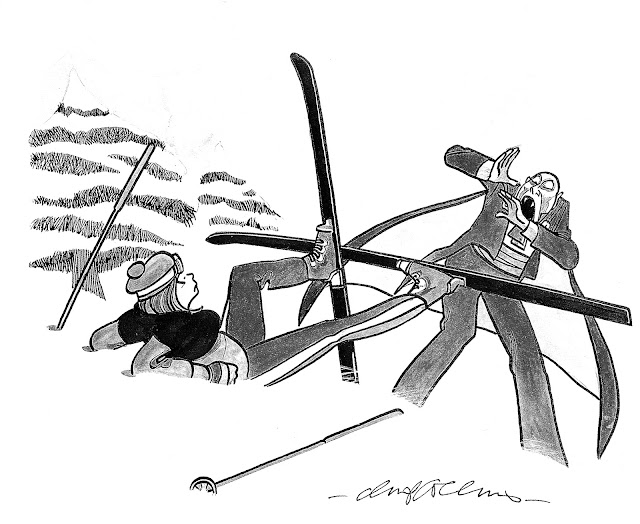 I just heard the sad news that friend and fellow cartoonist Clive Collins has passed away.
Born Clive Hugh Austin Collins in Weston-super-Mare on February 6, 1942, he had a long and successful career drawing for many publication including Punch, Playboy, The Oldie, Readers Digest, Daily Mail and Sun.
He was the secretary of the British Cartoonists' Association and the Life Vice-President of The Cartoonists' Club of Great Britain.
Brother of pop singer and drummer Phil Collins, he was made a Member of the Order of the British Empire in 2012. 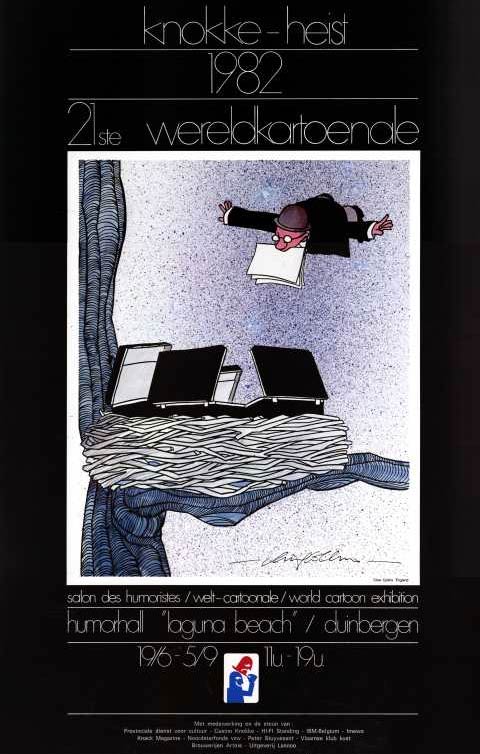 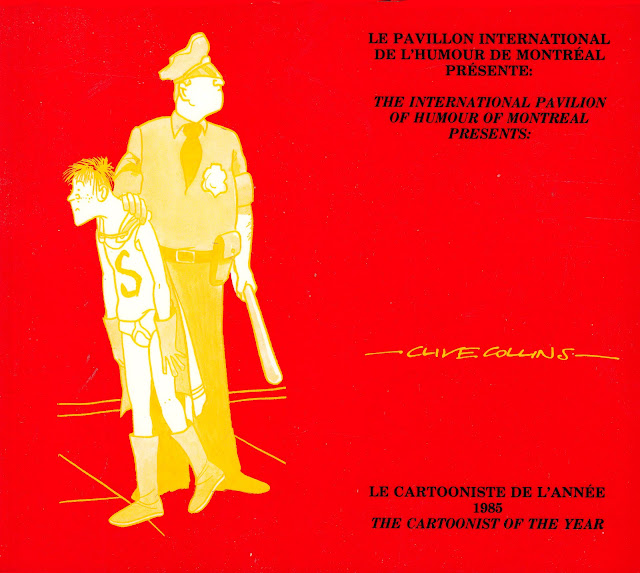 Learn more about Collins on Lambiek Comiclopedia.
Published by Bado at 12:09 PM