Born in Jamestown, New York, on October 14, 1938, illustrator, painter, storyteller, and educator Marshall Arisman passed away on April 22.
He studied advertising art at the Pratt Institute and received an Ida Gaskell Grant to travel and study in Europe after graduating in 1960.
While working as a graphic designer for General Motors, Arisman took evening courses in figure drawing. 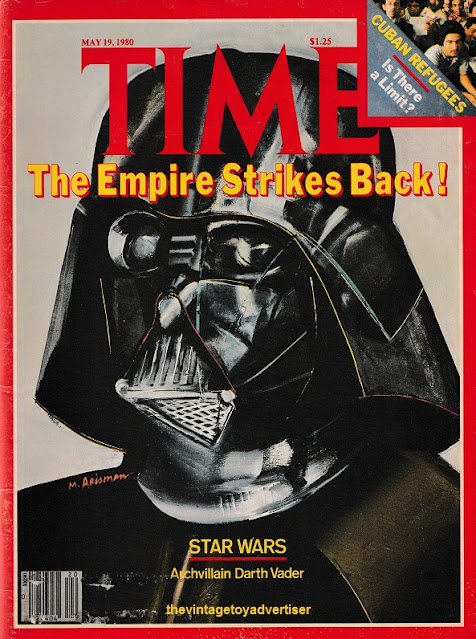 He went on to produce illustrations for major American periodicals including The New York Times, Mother Jones, The Nation, OMNI, Time and Penthouse.
Arisman's paintings have been exhibited in a number of one-man shows in the United States, Europe, and Japan. 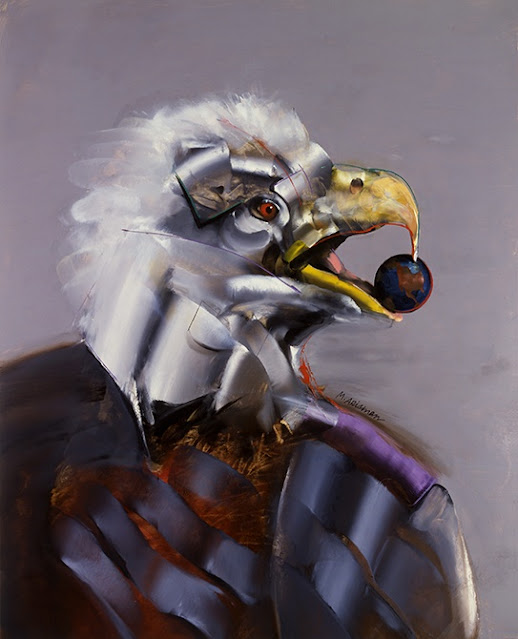 Violence and predation are central themes in many of Arisman's works.
His early work, Frozen Images (1974), was a reflection on "personal, environmental, and media-driven" violence.
Arisman's illustrations and paintings are characteristically dark, expressionistic depictions of figures in tortured postures; torn flesh, blood, and violent force recur throughout his works, depicted with smeared brush strokes against black shadowy backgrounds. 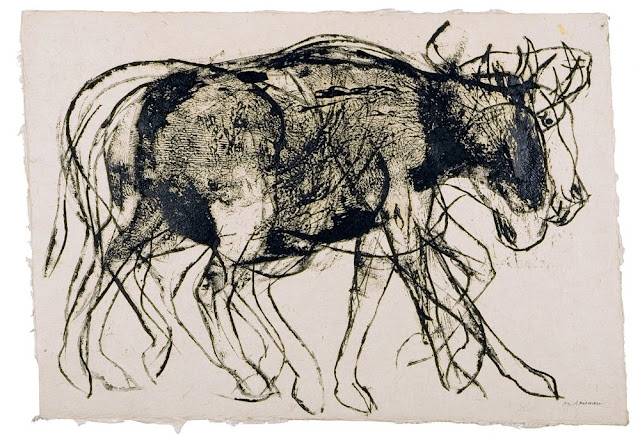 Other works, such as Charging Buffalo (2008), while remaining expressionistic in style, are less menacing, and may be interpreted as reflections on primal connections with the environment and with a regenerative life force.
In his illustration work, Arisman approaches each piece without making a distinction between commercial or fine art.
The barrier is one that he has been confronted with throughout his career: "the fine art world stigmatizes people for illustrating [...] Every gallery tells me to quit illustration". 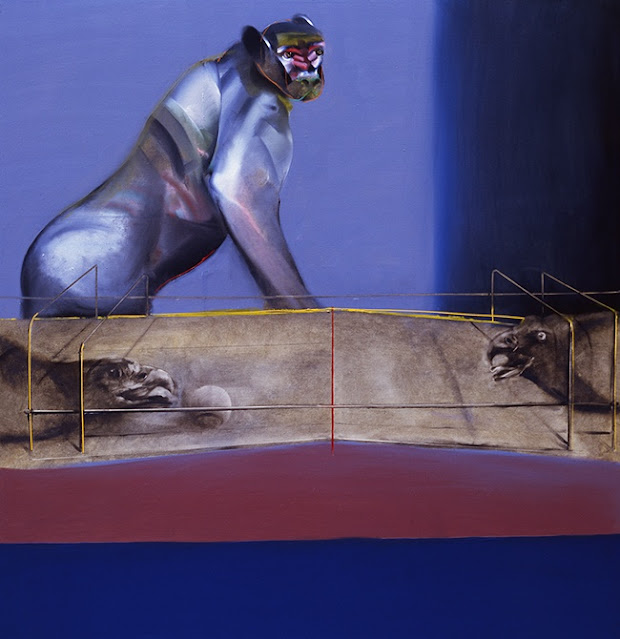 Permanent collections that include Arisman's paintings include the Brooklyn Museum, the Smithsonian, and the Museum of American Art.
Arisman released an album of his own stories, Cobalt Blue, in 2008.

He was chair of the degree program "Illustration as Visual Essay" at the School of Visual Arts in New York City.
Published by Bado at 12:00 AM