From The Star Tribune. 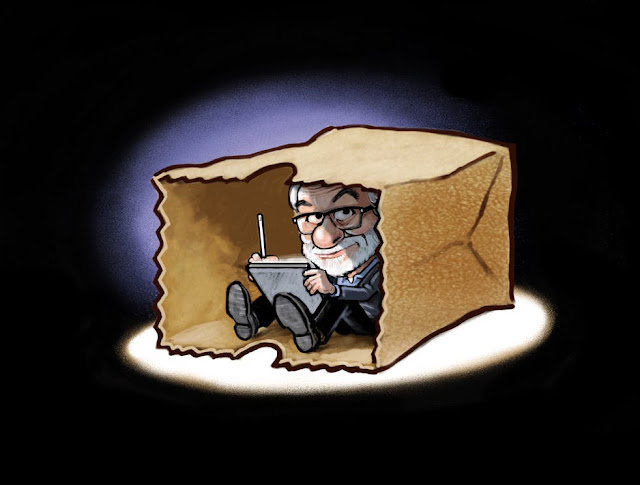 It's with extremely mixed feelings that after 42 years, and some 10,000 cartoons, I have decided to retire from the (Minneapolis) Star Tribune.

I wish I was able to offer a farewell cartoon. I've been away from my drawing table in recent weeks, recovering from hand surgery for carpal tunnel and other nerve issues.
I'll eventually regain use of my hand, but after difficult reflection I've decided that I'd like to change my focus. At 68, I have other interests and projects, artistic and otherwise, that I'd like to devote more time to.

It's been a pleasure to work with everyone at the Star Tribune. The support I've felt over the years from the editors, writers and support staff from every department has made this a cartoonist's dream job. 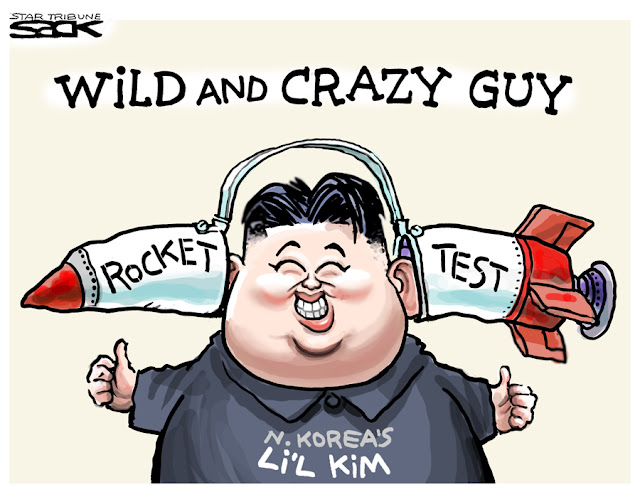 I'd like to express my sincere appreciation for you, our readers. Since my career's beginning at the University of Minnesota's student newspaper, the Minnesota Daily, I've been cranking out cartoons for 45 years. They haven't all been gems, but I can honestly say I gave each one my all.

Some readers have taken exception to a few of the views I've expressed. OK, maybe more than a few … that's the nature of the opinion biz.

The Minneapolis Tribune editor who hired me, the late great Charles Bailey, gave me just one directive: "Never be afraid to make people angry, but know exactly why you're doing it." A political cartoonist couldn't ask for more.

A few years back the Star Tribune published a collection of my cartoons in a book, "The First and Only Book of Sack".

To help promote it, I stepped up my public appearances and had the opportunity to visit with many of our readers in person. It was so gratifying to hear the appreciation expressed for the Star Tribune's journalism. 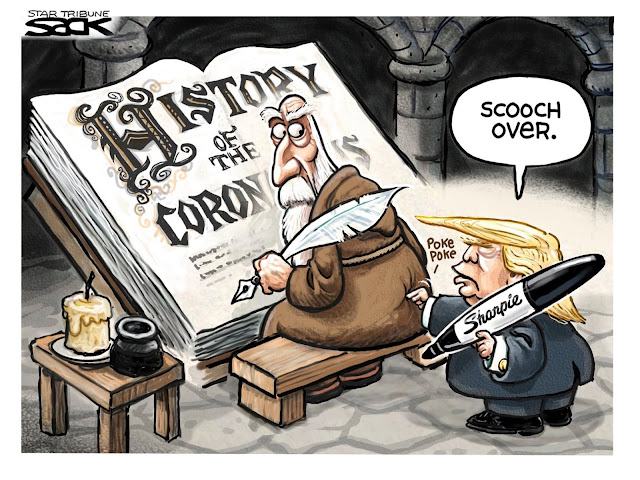 Editorial cartooning is a negative art form, for the most part. We look for things to complain about — find fault, point fingers. The world is a mess and always has been, somewhere. We look for it.

Our tools can be harsh: Sarcasm. Caricature. Gross exaggeration. We twist politicians' words, nitpick their faults and figuratively pull down their pants.

The lofty intent of all this is to expose a greater truth, which simply boils down to sharing one's view of the world. That's the goal of every artist.

From Day 1 in 1981 it's been my honor to be the cartoonist for the Star Tribune.
Whether you loved my cartoons or hated them, posted them on your refrigerator or lined your bird cage, thank you for allowing me to be a small part of your day.