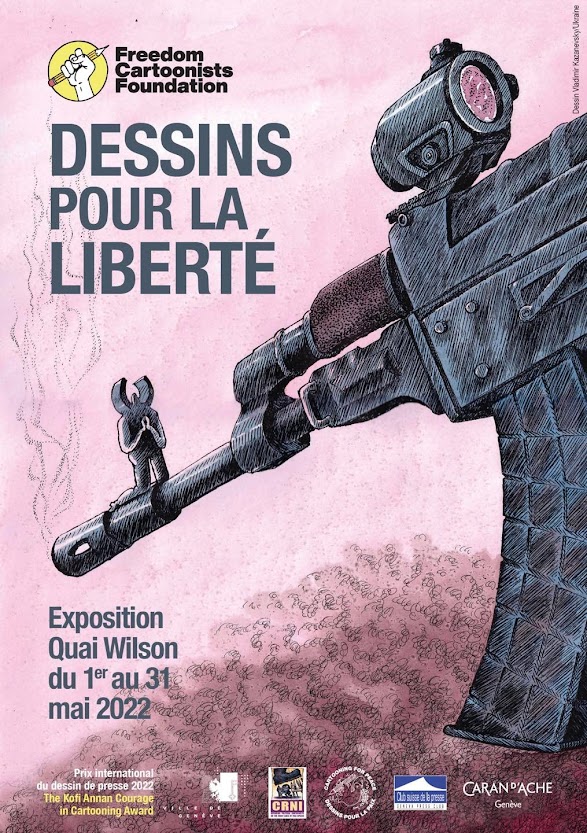 The Kofi Annan  Courage in Cartooning Award will be inaugurated at noon, May 3 2022, World Press Freedom Day, at the Geneva Graduate Institute in the presence of 2021 Nobel Peace Prize laureates, journalists Maria Ressa (Philippines) and Dmitry Muratov (Russia).
The unified international cartoonists’ awards-giving partnership, alternating between Europe and the United States will ensure the greatest possible level of recognition for the winners.
Through these awards both organizations shall honor extraordinary contributions to freedom of expression made by editorial and political cartoonists, often despite the most difficult of circumstances.

The two guests of honour, Maria Ressa, founder of the Rappler news website in the Philippines, and Dmitry Muratov, editor-in-chief of the independent Russian newspaper Novaya Gazeta, will deliver keynote remarks at a conference celebrating editorial cartooning and the free press.
Thereafter, the Nobel laureates will present this year’s award(s) to the winning cartoonist(s).

Further speakers on the day:
The event is open to the public. Register before April 29th 2022.
A press conference will be organized at the Geneva Graduate Institute by the Geneva Press Club and the Freedom Cartoonists Foundation. Journalists, please contact: info@pressclub.ch

In addition, an exhibit of work by international cartoonists including the winner(s) of the 2022 Kofi Annan Courage in Cartooning Award will be available for public view and free of charge at Quai Wilson, Lake Geneva throughout the month of May.
This exhibit, curated by Chappatte, is presented in partnership with Paris-based association Cartooning for Peace, whose membership includes more than 200 cartoonists worldwide. 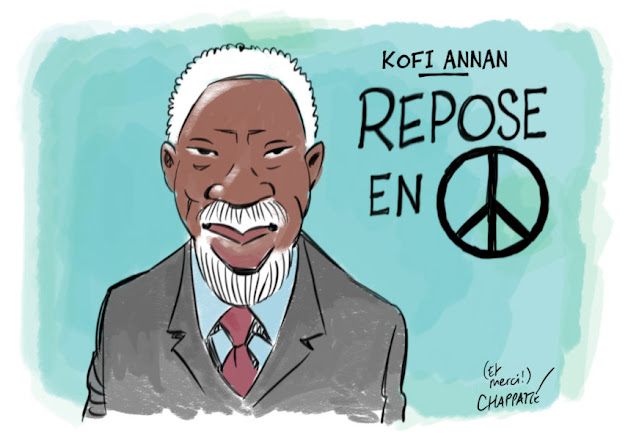 Freedom Cartoonists Foundation, formerly Swiss Foundation Cartooning for Peace, was founded in 2010. Its mission is to defend freedom of expression in a spirit of dialogue, and it has given a biennial International Cartoon Award jointly with the City of Geneva since 2012.
The late Kofi Annan, former UN Secretary General, and the recipient of the 2001 Nobel Peace Prize, was its Honorary Chairperson, as well as a dedicated exponent for cartoonists. The new award is named in his honor.
Cartoonists Rights Network International is an NGO based in the USA and incorporated in 1999; its award is named for its founder Dr Robert “Bro” Russell.
UPDATE
The 2022 winners are Vladimir Kazanevsky from Ukraine and Gàbor Pàpai from Hungary.
Published by Bado at 12:00 AM