The 16th annual Doug Wright Awards. hosted by Don McKellar, were livestreamed at 8 pm this Saturday on both the DWA Facebook group and on YouTube.


And the awards went to:


The Egghead: The Doug Wright Award for best kids’ book 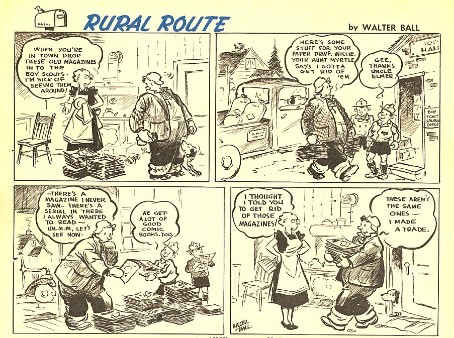 This year’s Giants of the North nominee is Walter Ball (1911–1995), the longtime Toronto Star cartoonist and art department supervisor, best known for the strip Rural Route.
Published by Bado at 5:24 PM