"Women in Comics: Looking Forward and Back" Exhibition 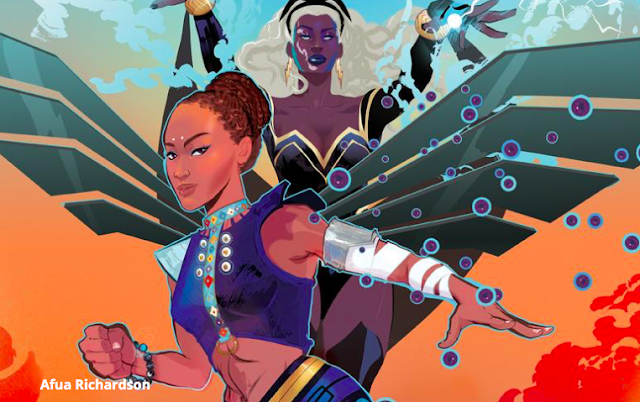 The world of comic books, both on the page and off, is one that’s typically dominated by men. It’s an unavoidable gender skew yet what gets pushed to the forefront often hides a wealth of overlooked female talent.

Women in Comics: Looking Forward and Back is a group exhibition at the Society of Illustrators featuring more than 50 female cartoonists, from the early 20th century trailblazers to plus-size superheroes, queer graphic novels, wartime romances and flapper-era cartoons, all of which go outside your typical superhero format.

“I think there are a great number of voices out there, and people want to hear this diverse range,” said Kim Munson, the exhibition’s co-curator. “I hope this will continue.”

The exhibition is divided into two sections: the history of women cartoonists, dating back to the early 1900s, and contemporary comics from the 1970s to present day.

Though the society is closed to the public during the pandemic, the online version shows a selection of curated artworks, which will be on view until 24 October, and will soon include a video tour.

The first part of the exhibition looks at roughly 80 artworks from the historic collection of California-based cartoonist and collector Trina Robbins. 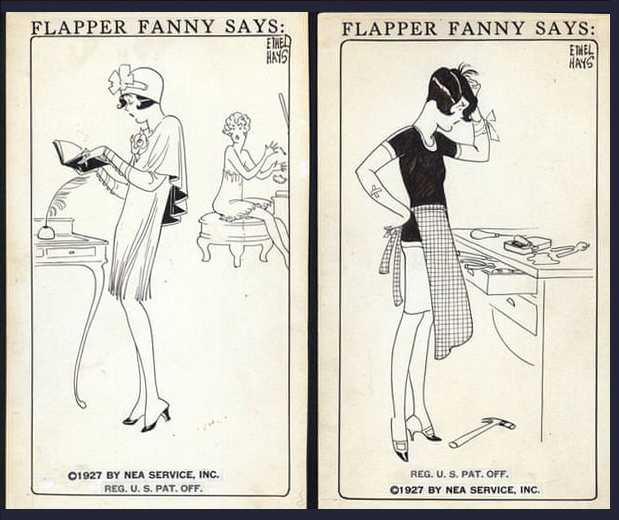 Her collection includes cartoons by women in the flapper era, the second world war and 1950s romance comics, among others. Robbins has single-handedly rediscovered an entire generation of artists, some of whom are only now being recognized. 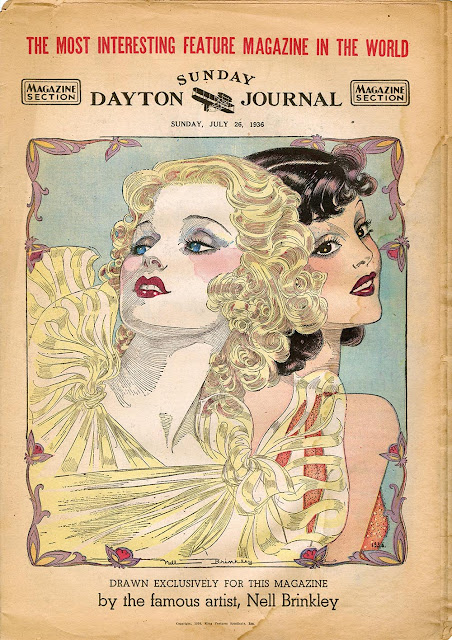 Case in point: the 20th-century cartoonist Nell Brinkley – whose Brinkley Girl comic is part of the exhibition – is one of the inductees of this year’s Will Eisner Hall of Fame award, roughly one century after her artwork was made. 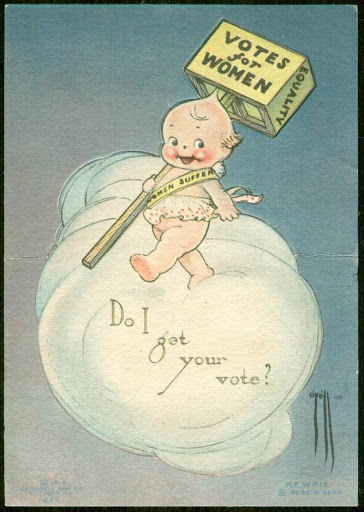 Her collection also includes the work of Rose O’Neill, who was an American cartoonist known for her Kewpie cartoons, which were published in Ladies’ Home Journal in the early 1900s.

It led to the production of Kewpie dolls (she was also active in the suffrage movement), a time before Walt Disney created Mickey Mouse in 1928.

“The first comic I found was by Rose O’Neill from 1896,” said Robbins, whose forthcoming book is called The Flapper Queens: Women Cartoonists of the Jazz Age. “I have the magazine it appeared in, not the original art. Until anyone finds anything earlier, it’s the first published woman comic.”

Robbins started in the San Francisco underground comics scene in 1966. “I didn’t know about the women who preceded me,” she said.

In the early 1980s, she and fellow artist Catherine Yronwode collaborated on an idea: “I decided we needed to produce a history of women cartoonists,” said Robbins. “We made a book in 1985.” 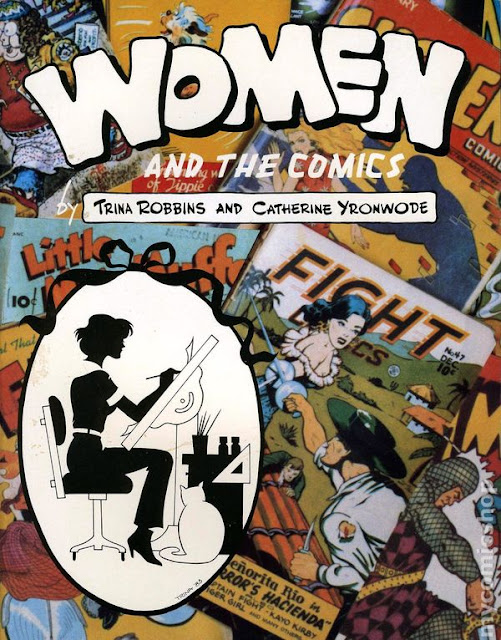 The exhibition details the romance comics women created while men were out fighting in the war, they then took jobs for adventure cartoons, but when men returned home, women lost all their jobs.

It caused many of them to be erased from comics history. “That’s why I’ve written my books and collected my collection,” said Robbins. “They were forgotten. My big epiphany when writing these books, is that if you’re not written about, you’re forgotten. They’re not forgotten any more, they’re not. So many more people know who these women are.”

There are works by Lily Renée, a Jewish refugee who fled Vienna during the Nazi occupation in the 1940s, then wrote a book about her experience, entitled Lily Renée, Escape Artist: From Holocaust Survivor to Comic Book Pioneer. Today, she lives in New York City and will be turning 99 in May. 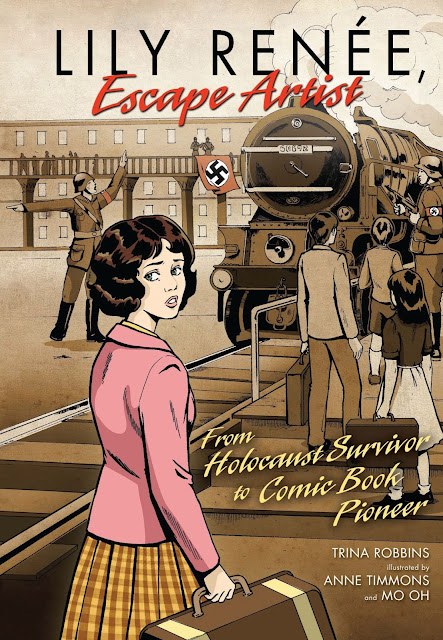 In the 1960s, things changed. “The women’s liberation movement made a big difference,” said Munson. “Graphic novels have exploded as a big genre, and a lot of it is autobiographical. The 1960s and 1970s were when women could be successful under their own name.”

In 1970, Robbins organized the first comic book produced entirely by women, It Ain’t Me Babe, which she co-produced with Barbara “Willy” Mendes, which is included in the exhibition.

Also included is work by Lee Marrs, who created the body-positive comic The Further Fattening Adventures of Pudge, Girl Blimp, in the 1970s, which follows a plus-size teenager on a mission to lose her virginity. 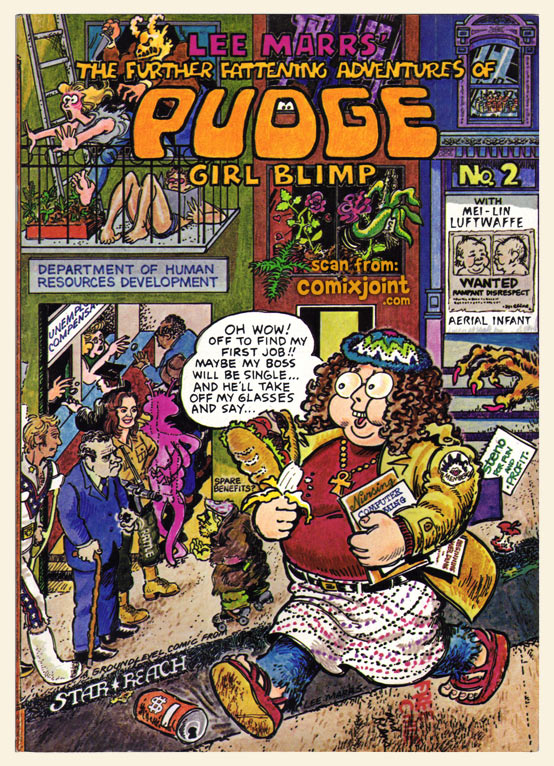 “The book has been republished and is doing well,” said Munson. “It explores characters that were not your traditional fashion models.”

There are also the works of African American cartoonist Afua Richardson, best known for illustrating Marvel’s Black Panther World of Wakanda, a spinoff title from the Black Panther series. 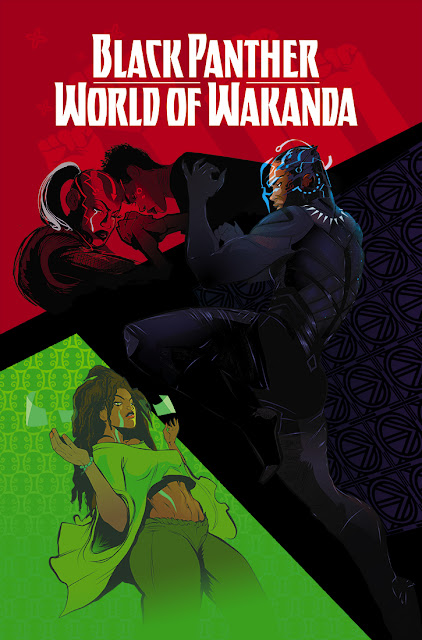 Women working for major comic companies like Marvel was not always the norm. “A lot were freelancers, in and out, uncredited,” said Munson. “Now they’re working all over.” 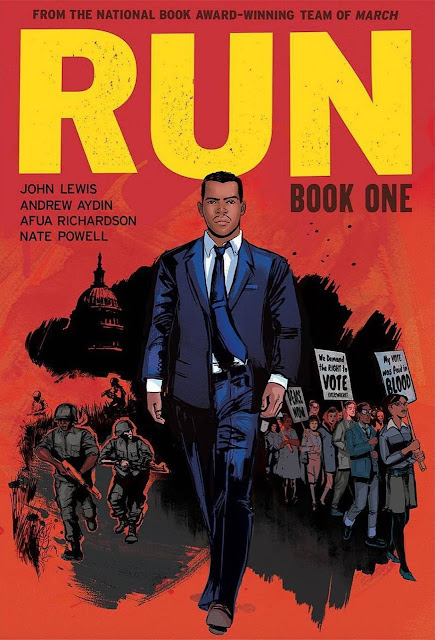 “There can always be more women in comics, but there’s a lot better representation than it used to be,” said Munson, who is expected to release a book called Comic Art in Museums.

The problem now comes down to the bottom dollar. “Mostly there’s the pay gap now,” she said. “Women are getting the jobs but not getting paid as much. That’s common with almost every industry.”

Some women in this exhibition have been part of the Wonder Woman series (Robbins was the first woman to draw Wonder Woman in the 1980s, while Ramona Fradon illustrated her, as well). But it isn’t limited to that one vessel of comics history, which was created by William Moulton Marston.

“I think it will keep growing, it’s like putting the genie back in the bottle, now that women have stronger voices and have really successful books,” said Munson. “Some artists have been working in comics since the 1970s, and have only been shown regionally, or this is their first exhibition, ever.”

One of the artists on view, Toronto-based artist Fiona Smyth, has spent the past 30 years penning editorial cartoons and graphic novels from a woman’s perspective. Her forthcoming book with Cory Silverberg, a sex education book, has been challenged for discussing gender identity.

“There’s a history of sexism in comics just like every other arts scene or industry,” said Smyth. “The history of comics has slowly been rewritten to include the women, LGBTQ2S creators, trans folks, folks with disabilities, people of color and indigenous cartoonists who weren’t previously included but created work, along the way.”

She cites the rise of zine culture, self-published comic books and activism, which has helped recognize marginalized cartoonists. The history of comics has made its way into the academic system over the past 15 years, as well.

“It was a bit lonesome in the late 1980s, being a girl making trippy, anti-narrative, sexy comics,” said Smyth. “I feel more of a connection with the kids of the last decade, and I’ve had the privilege to teach some of them.”