Blown Covers of the New Yorker 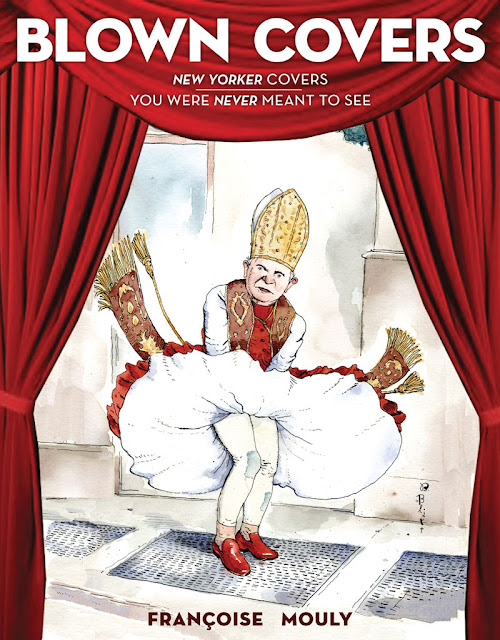 
About the book
Françoise Mouly takes us behind the scenes at the New Yorker and reveals how the magazine creates its signature covers commenting on the most urgent political and cultural events of the day. She shows the shocking and hilarious sketches that didn’t make the cut and explains how these are essential stages in the evolution of a cover that stands the test of time but retains its edge. Her book captures contemporary history—from the farce of Monica Lewinsky to the adventures of Michelle and Barack to nuclear meltdown in Japan—in images that are as acute as they are outrageous. More than that, it shows how the magazine that exemplifies journalistic excellence in America also dares to cultivate a sense of humor when grappling with complex moral and political issues.

About the author
Françoise Mouly is an artist and designer. Since 1993 she has been the art editor of the New Yorker, and she is the publisher and editorial director of TOON Books. Together with her husband, Art Spiegelman, she edited the groundbreaking comics anthology RAW from 1980 to 1991, as well as Abrams’ TOON Treasury of Classic Children’s Comics (2009). She lives in New York City.


A sneak peek at the backcover: 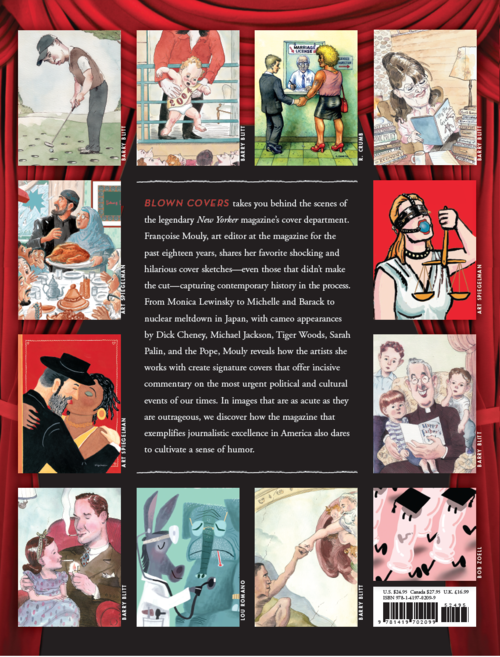