Ed Stein, who drew editorial cartoons for ever 30 years at the Rocky Mountain News before it closed in 2009, has decided to retire from editorial cartooning. He drew his last cartoon on May 31 (above). For over 10 years he drew a local comic strip called Denver Squares for the Rocky Mountain News and brought that to an end in 2008. The strip was reworked and launched as a nationally syndicated feature called Freshly Squeezed in 2010. Ed will continue creating Fresh Squeezed. 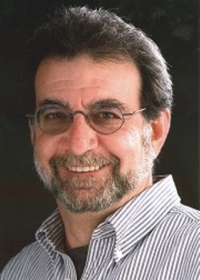 I had an opportunity to talk to Ed about his career and this decision to stop drawing editorial cartoons.
Alan: You’ve decided to retire your editorial cartooning. How long have you been thinking about this decision and why now?
Ed: I’ve been seriously considering it for a couple of months. I just didn’t have the passion for it any more. For one thing, I no longer have a newspaper, and I’ve always felt that the most important part of the job was drawing for a local audience. Denver’s a wonderful news town, and I missed the connection with the readers. Drawing only for syndication never had the same appeal. I got tired of being asked by readers who no longer saw my work what I was doing now. Beyond that, posting only two drawings a week, I always felt that I was out of sync with the news cycle and never could catch up. Finally, I’m frustrated with how insane the political landscape has become. No matter how nuanced I tried to make my work, the only ones who were listening were people who already agreed with me. Preaching to the converted never held much appeal, and I don’t want to be just another voice in the national shouting match that passes for America’s political dialog.
Alan: You had a great 31 year run at the Rocky Mountain News before it closed, what stands out as you look back at your career?
Ed: Just having the privilege of doing a job I loved for that long. So few of us have a soap box, and the Rocky gave me a big one. I always regarded the job as an ongoing conversation with the readers, and I was blessed with great editors, wonderful co-workers, and an attentive and engaged readership.
Alan: On a somewhat related question – what will you miss?
Ed: I miss the newsroom most. I’ll always miss it. It was a place full of smart, talented, energetic, driven journalists. Working alone in my basement for the last three years was a poor substitute for the buzz of the newsroom.
Alan: You launched a comic strip (Freshly Squeezed) back in 2010. Will that continue?
Ed: I’ll continue drawing Freshly Squeezed. I’ll be able to concentrate on it more fully now and, I hope, take it to a higher level.
Alan: Do you have other cartooning related projects in the works or what do you plan on doing with your new free time?
Ed: I have a bunch of projects in mind that I’ve never had the time to do. I’m not sure which ones I’ll work on first, but all of them involve some form of graphic journalism.
Alan: What would you like to tell your fans or those who followed your work over the years?
Ed: Thanks for a great run. I’m not retiring; I’m just moving on to new things, and I hope you’ll enjoy what I do next, whatever it turns out to be.
Published by Bado at 12:11 PM