The notorious French anarchist-cartoonist Maurice Sinet, who signed his art Siné, died last Thursday at age 87. His favorite targets included capitalism, colonialism, and Christianity as well as all other major religions. And he viciously skewered them with considerable graphic dexterity and an incisive, often merciless—and occasionally crude and juvenile—wit. 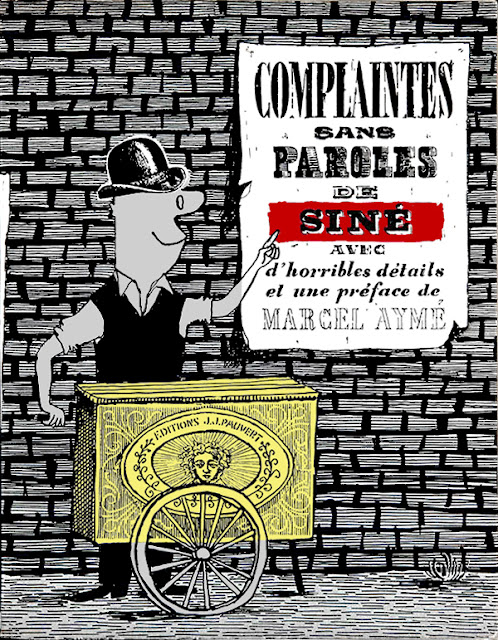 A few years later, L’Express began running, and occasionally rejecting, his controversial political cartoons and commentary. A lifelong provocateur, Siné’s support of the Algerians during their war of liberation against France during that time regularly raised the hackles of the newspaper’s readers. 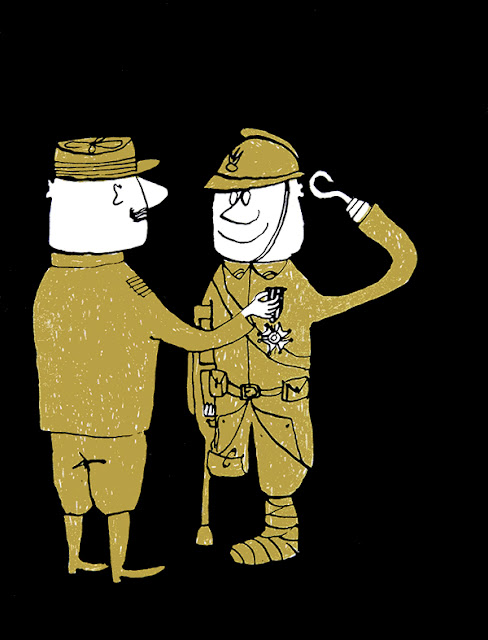 His milder, pun-filled cat books earned him widespread public popularity, and his other books include a biographical series titled Ma Vie, Mon Oeuvre, Mon Cul! (My Life, My Work, My Ass!). He was a Charlie Hebdo regular from the early 1980s until 2008, when a piece that could be viewed as either satiric or anti-Semitic, and which was potentially libelous—and for which he refused to apologize—led to his dismissal. He did, however, file, and win, a wrongful termination suit against his former employer. At the time, he wrote in Libération magazine, “Sorry to disappoint, but I am the author neither of Mein Kampf nor of The Protocols of the Elders of Zion. I am only, for the last 60 years, an anti-imbecile of the first order.”

However, the avowed anti-Zionist had proclaimed in 1982, “Yes, I am anti-Semitic and I am not scared to admit it… I want all Jews to live in fear, unless they are pro-Palestinian. Let them die,” a comment for which he later apologized, but which is impossible to ignore.

Cumulatively, all this makes passing judgment on his art as art… problematic, as they say in academia. 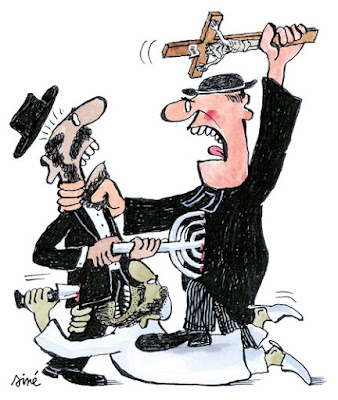 I was first attracted to Siné, and his French and Belgian contemporaries such as Topor, Picha, and Wolinski, back in the 1960s. I’d become fascinated by his loose but deftly rendered drawings and captivated by an uncompromising vision that evoked the fierce indignation of George Grosz.

Language was rarely a barrier, as the images expressively communicate with their sheer graphic force. And I continue to hold many of Siné’s graphics in high regard, with a particular, nostalgic fondness for the earlier work. 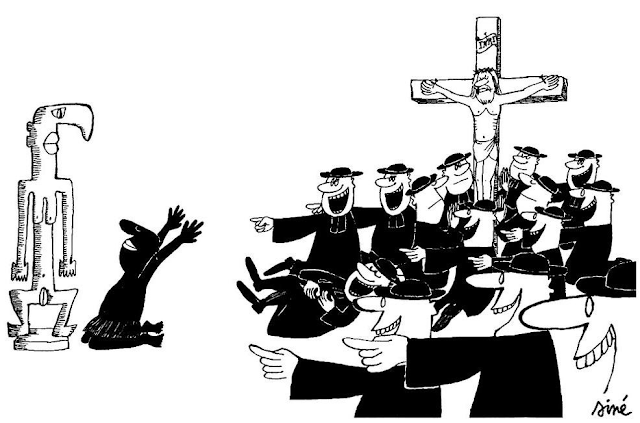 And inasmuch as his passing has received scant attention in the American media, here, then, is a retrospective sampling of his life in pictures.
Published by Bado at 1:00 AM