Linda Barnard in The Toronto Star. 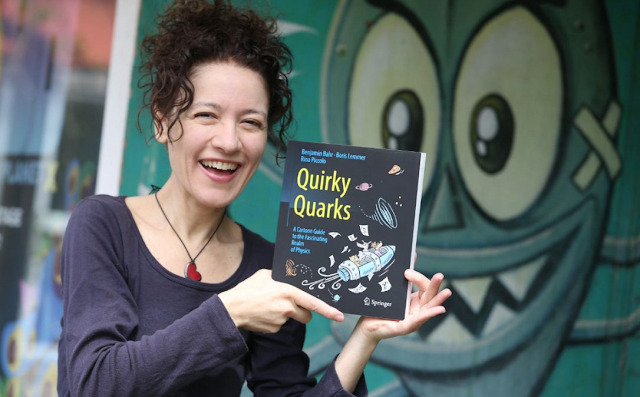 Toronto cartoonist Rina Piccolo has illustrated a new book, Quirky Quarks, about the fun side of physics. She’ll be talking about it at the Toronto Comic Arts Festival Librarian & Educator professional day.

Subtitled “a cartoon guide to the fascinating realm of physics,” German physicists Boris Lemmer and Benjamin Bahr provided the “fun, non-technical explanation(s) of the science behind things like time travel, worm holes and antimatter.” Piccolo wrapped them in her trademark humour-laced illustrations and hand lettering.

Along with Science Comics series author MK Reed, Piccolo will be part of a Toronto Comic Arts Festival Librarian & Educator professional day panel May 13, where she’ll talk about how comics can help get readers interested in science, technology, engineering and math. It’s followed by the two-day TCAF exhibition and vendor fair May 14 and 15 at the Toronto Reference Library.

A self-described skeptic (the scientists liked that, she said), Piccolo has no formal science training, although she’s always been intrigued with the scientific world. Along with the subject, she was enthusiastic about being given carte blanche to illustrate the pages as she liked. “They said go for it, all the comics and cartoons are yours.”

Of course, Piccolo had to stick to the science, which is explained in a fresh and often-humorous style. Case in point, the chapter titled “Invisibility Cloaks: Walk like a magician,” which details bending light and refraction before moving into more complex physics. 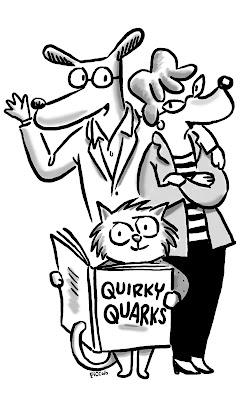 Piccolo created three cartoon guides to take readers through the chapters — Erwin the cat and dogs Maxwell and Emmy, who are based on real scientists Erwin Schrodinger, James Clerk Maxwell and Emmy Noether.

“It’s not a textbook,” said Piccolo, adding it still has its place in a classroom. “I think it would be good for education because the articles do read like a textbook, if it wasn’t for the comic book cartoons and smiley-face electrons. The science is really up to date. If you gave this to a library or a teacher, they would absolutely use it.”

For information on the Toronto Comic Arts Festival, go to torontocomics.com.

Canadian women have recently taken on major roles in the graphic storytelling industry, with more to come.

Here are a few:

Also on this blog: "Rina Piccolo: How To Get Your Cartoons Into The New Yorker"