The Doug Wright Awards for Canadian Cartooning, a feature event of the 2016 Toronto Comic Arts Festival (TCAF), is proud to announce their 2016 finalists.

The nominees for the 2016 Doug Wright Award for Best Book are:


The nominees for the 2016 Doug Wright Spotlight Award (a.k.a. “The Nipper”) which recognizes Canadian cartoonists deserving of wider recognition are:


And the nominees for the 2016 Pigskin Peters Award which recognizes experimental, unconventional, and avant-garde Canadian comics are:

Leather Vest by Michael Comeau
New Comics # 6 & 7 by Patrick Kyle
Intelligent Sentient? by Luke Ramsey (Drawn & Quarterly)
We Are Going To Bremen To Be Musicians by Tin Can Forest and Geoff Berner
Agalma by Stanley Wany (Éditions Trip)


The Doug Wright Awards are also pleased to announce that James Simpkins, the creator of the iconic mid-20th century Canadian comic strip character Jasper the Bear, will be the 2016 inductee to the Giants of the North Canadian Cartoonist Hall of Fame.


Born in Winnipeg in 1910, Simpkins was a filmmaker, illustrator and artist who is best known for his hugely popular comic strip and gag cartoon Jasper the Bear, which ran from 1948 to 1971 in Maclean’s and in syndication across Europe and Mexico.

Jasper was an affable and anthropomorphic bear/family man whose humourous adventures among mankind gained him a unique place in Canadian society.

Over the years Jasper’s comics were collected in five books and he became a virtual industry with his likeness appearing on dolls, toys, t-shirts, postcards, hats, colouring books, souvenir spoons, salt-and-pepper shakers and a Canadian two-dollar coin. 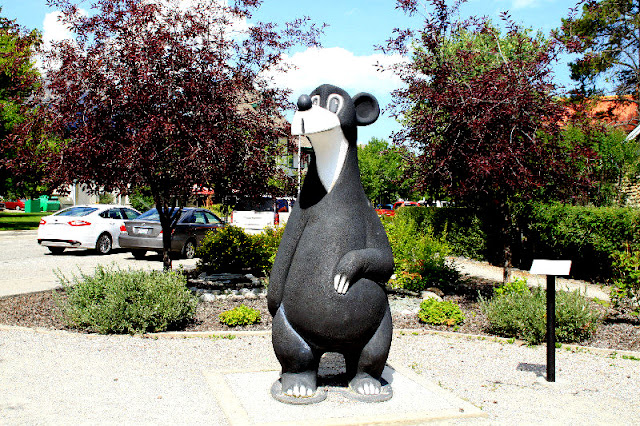 In 1962 he became the official mascot for Jasper National Park in Alberta, which is home to a life-size replica of him. Simpkins passed away in 2004.

The winners of the 2016 Doug Wright Awards will be announced in a ceremony held at the TCAF on Saturday, May 14, 2016.

The finalists for the 2016 Doug Wright Awards were chosen from a long list of more than 150 works and submissions published during the 2015 calendar year.


About the Doug Wright Awards

Founded in 2004, The Doug Wright Awards recognize the best in English-language comics (or
translations of French) by Canadian cartoonists. Now in their 12th year, the awards will be
handed out at a ceremony at Toronto’s Marriott Bloor Yorkville Hotel on Saturday May 14, 2016
from 8:00 – 9:30 pm.

The Toronto Comic Arts Festival (TCAF) is a week-long celebration of comics and graphic novels and their creators, which culminates in a two-day exhibition and vendor fair featuring hundreds of comics creators from around the world. Additional festival events include readings, interviews, panels, workshops, gallery shows, art installations, and much more. TCAF is held at Toronto Reference Library in Toronto, Canada, and in the surrounding neighbourhood, and is presented by Toronto Public Library and The Beguiling Books & Art.
For more information visit torontocomics.com.