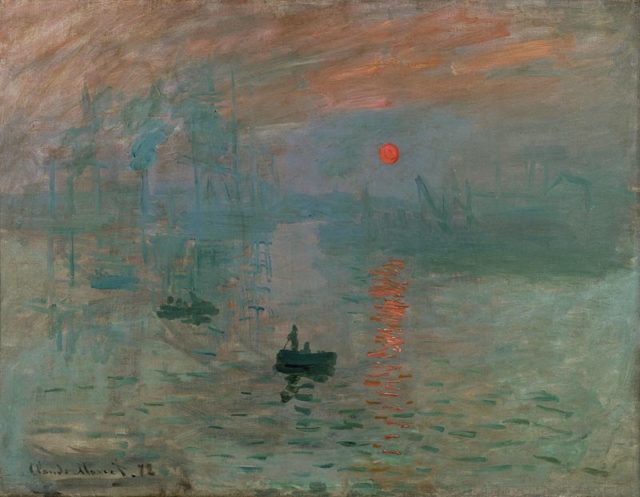 French painter Claude Monet is known as the founder and the central figure of the Impressionist movement. The term “Impressionism” itself was derived from the title of his 1872 painting “Impression, Sunrise”.


Monet’s work has been very famous and influential; his paintings of water lilies are iconic and considered to be the central work of the Impressionist movement.

Monet’s artistic beginnings date back to the early 1850s, when his family moved to the city of Le Havre in Normandy and started a small grocery business.

His parents wanted him to continue the family business, but he chose to attend the Le Havre secondary school of arts in order to become an artist.


At the age of 15, Monet became popular in Le Havre as a caricaturist. At first he created small and simple caricatures of various people from Le Havre, and gave them away as gifts.

He soon realized that many people were interested in his drawings, so he started making elaborate and detailed caricatures in order to sell them.

He was selling the drawings for the petty sum of 10 to 20 francs, but people were buying them on a regular basis and he realized that he could use his talent to make a decent living.

The only frame-maker in Le Havre was among Monet’s regular buyers. He displayed several of his caricatures in the display window of his shop, and they frequently attracted new customers.

Around 1856 the caricatures were happened upon by Eugene Bodin, a prominent French landscape painter.


Bodin realized that young Monet was a person of huge talent and artistic potential and wanted to meet him to persuade him to pursue a serious artistic career.

The frame-maker tried to arrange a meeting with Monet, but Monet was not interested because his caricature business had begun to flourish.

A few weeks later the two accidentally met at the framer’s shop and talked about art. Ultimately, Bodin became Monet’s mentor and a lifelong friend; he persuaded him to abandon his caricature business and become a landscape painter.

Bodin taught Monet to use oil paints and inspired Monet’s love of contrasts, bright hues and complicated play of shadows.


Bodin helped Monet to organize the first Impressionist exhibition in 1973, where Monet and several other young artists displayed their pioneering masterpieces of Impressionism.

Several of Bodin’s paintings were also a part of the exhibition, but Bodin never considered himself an innovator or a true Impressionist.

He considered himself to be a painter of the transitional stage between Realism and Impressionism who helped Monet in defining a new course of art.