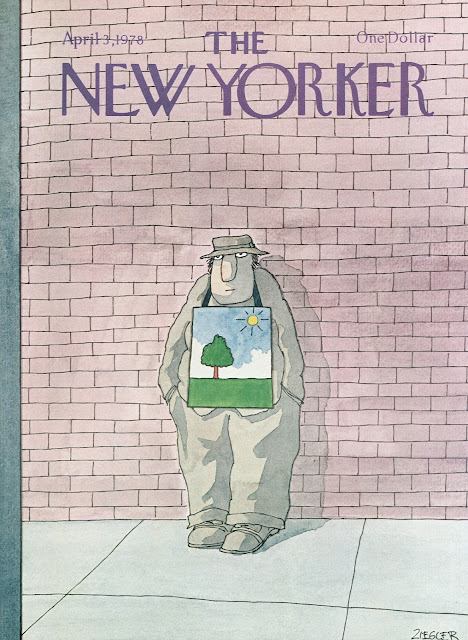 Jack Ziegler, whose satirical, silly and observational style enlivened more than 1,600 cartoons at The New Yorker since February 1974, died on Wednesday in a hospital in Kansas City, Kan. He was 74.

His daughter, Jessica Ziegler, said the cause was lung failure.

Mr. Ziegler set his cartoons nearly anywhere — in courtrooms or boardrooms, backyards or stadiums, barrooms or churches and some of his subjects were recurring ones, like the Lone Ranger, hamburgers and comic-book characters.

“He drew perfectly for the cartoon medium,” Bob Mankoff, whose 20-year tenure as cartoon editor of The New Yorker will end later this month, said in a phone interview. “Whatever he drew was the platonic ideal of what a cartoon should look like.”

Mr. Ziegler was the seventh New Yorker cartoonist to have died in the last year, Mr. Mankoff wrote on the magazine’s website. 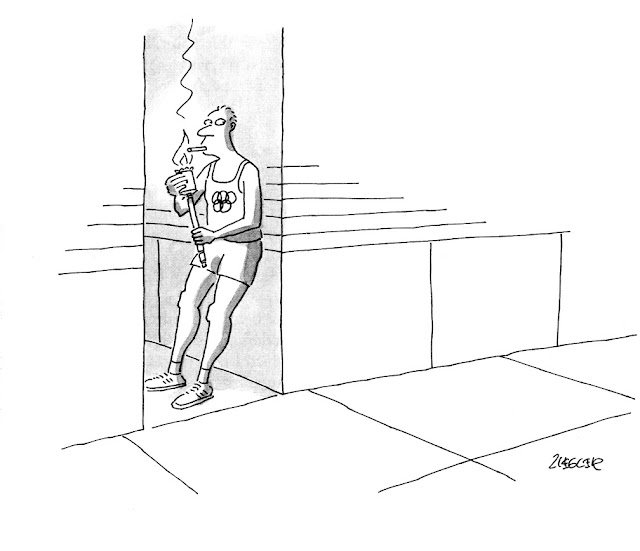 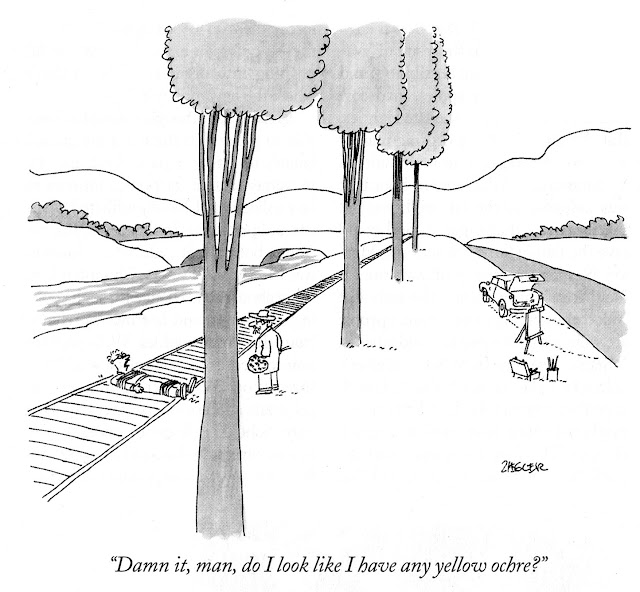 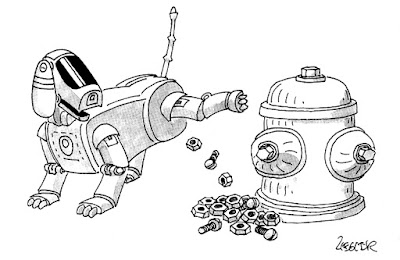 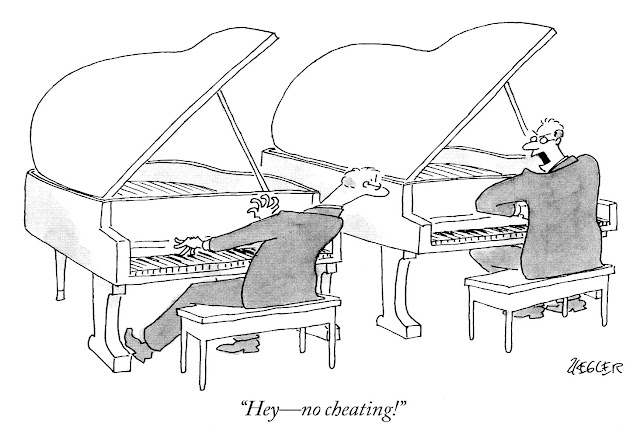 Also:
"Jack Ziegler: The Pen and Paper of Middle America", an interview with Richard Gehr in Comics Journal.
"In Memoriam: Jack Ziegler" by Bob Mankoff.