Legendary satirist and cartoonist Jay Lynch has passed away. His work, from Bijou Funnies to Wacky Packages, had an incalculable influence on comics, humor, and pop culture.

In the sixties, a whole generation of comics artists whose minds had been influenced by MAD wanted to create satire and parodies and change the world the way Kurtzman inadvertently had done.

In Chicago, Jay Lynch, whose early cartoons had appeared in Kurtzman’s later HELP magazine, founded Bijou Funnies in the wake of the success of ZAP in San Francisco.

Beginning in 1968, the vast Bijou Publishing Empire (sic) put out eight issues of Bijou Funnies over a period of six years, the later ones distributed and kept in print by Denis Kitchen, a sometime cartoonist himself but better known for his publishing contributions. 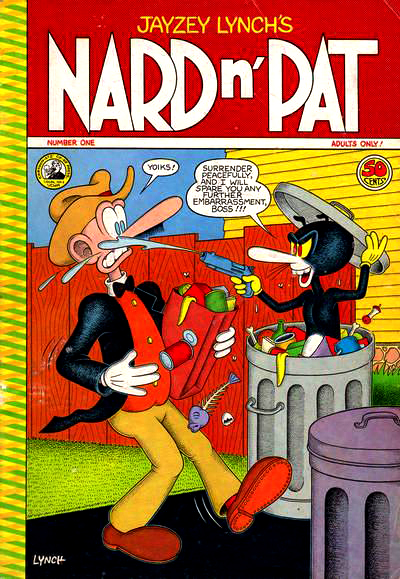 Spotlighting Lynch’s signature strip, Nard ‘n’ Pat about an Andy Gump-like man and his anthropomorphic cat with an attitude, Bijou also presented a wide array of strips and artists in its first seven issues (as well as in a few spin-off titles), many of which were collected in the book, The Best of Bijou Funnies in 1975 along with a history of the whole publishing venture. 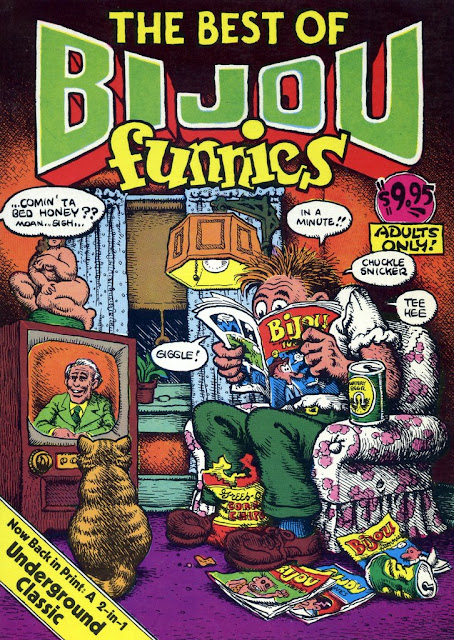 Issue eight of Bijou, however, was something special. For perhaps the only time in underground history, Lynch decided to go all out with the MAD influence. First of all, issue eight was printed in color at a time when nearly all undergrounds were in black and white. 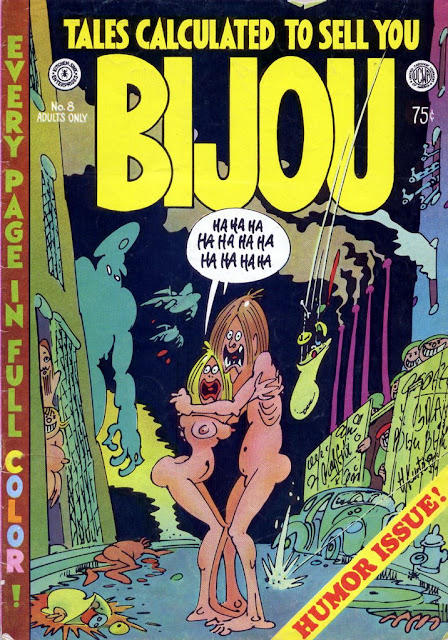 The cover was not only designed to be reminiscent of the original MAD’s layout but Harvey Kurtzman himself was recruited to do the illustration.

On the inside, various underground artists were instructed to do parodies of famous underground strips by others. The results were, for the most part, inspired.

Lynch is up front with a dead on parody of Gilbert Shelton’s Freak Brothers (as well as Fat Freddy's Cat), smoothly drawn but with lots of Elder-style chicken fat in the backgrounds. 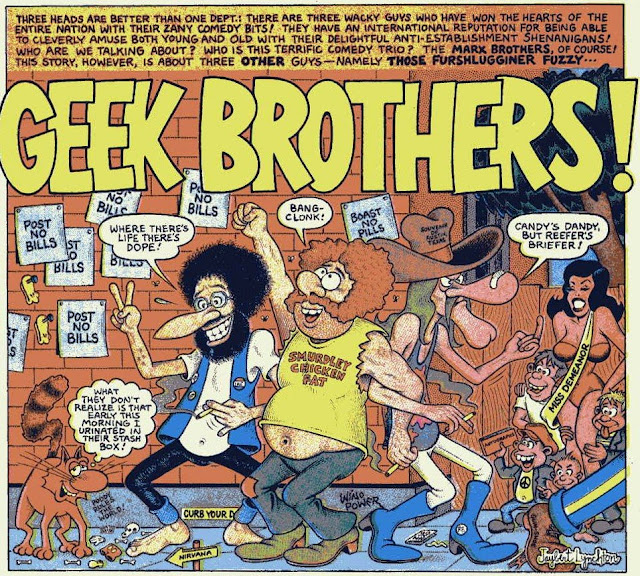