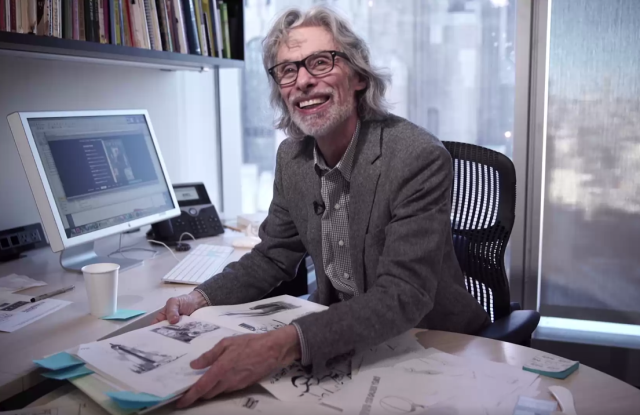 Bob Mankoff is leaving the post of cartoon editor at The New Yorker after more than two decades, and will be replaced by editorial staffer Emma Allen.

“Bob has been a remarkable and innovative partner to me, as he was to Tina Brown. He brought a real sense of originality to this work, but, even more important, a sense of the artists and their interests,” New Yorker editor in chief David Remnick wrote in a staff announcement.

“He has brought everyone’s best work to the table and managed a complicated balancing act with grace, sustaining the work of people who have been publishing in The New Yorker for many years while bringing new artists into the mix, including more diverse voices and views of the world. In addition, Bob was an early and constant digital enthusiast, and has found myriad new ways to publish cartoons and promote the form.”

Mankoff, the subject of a 2015 HBO documentary, “Very Semi-Serious: A Partially Thorough Portrait of New Yorker Cartoonists,” is not leaving the magazine entirely.

He will continue to contribute to the magazine and edit an anthology of its cartoons.

A driving force behind digitizing the magazine’s cartoon archives back, Mankoff will also keep working on a redesign of the Cartoon Bank, which he founded in 1998.

“My greatest gratitude goes to the cartoonists. I know how much easier it is to pick a good cartoon than do one, much less the many thousands they have done and will continue to do,” Mankoff said. “And, continue they will, with Emma Allen who now takes over this most iconic of all New Yorker features. I wish her and them the best of luck. And me, too—I’ve got to find that old cartoon pen of mine.”

Allen, a 2010 Yale grad, joined The New Yorker in 2012 and has, most recently, worked as an editor of The Talk of the Town section and oversaw Daily Shouts, the humor and satire section of the web site.

“I look forward both to maintaining The New Yorker’s great tradition of humor—founding editor Harold Ross referred to his magazine, in 1925, as ‘the comic weekly’—and to finding new ways to highlight our exceptional (and growing) team of cartoonists and comedically inclined writers and performers, in print, on the web, on the radio, and beyond,” Allen said.

“I am quite sure that we have only just begun to figure out new ways to explore and exploit digital technologies as a way to distribute cartoons to more and new readers,” Remnick wrote. “All of this is intended to stake out a healthy future for cartoons at The New Yorker.”

This announcement comes amid larger reorganization and cost cutting at parent company Condé Nast and bench shuffling at The New Yorker.

Earlier this year, digital editor Nicholas Thompson left the magazine to run Wired, Condé’s tech-focused publication based in San Francisco. He was replaced by Michael Luo, a senior editor at the magazine.

While relatively insulated from company-wide layoffs thanks to its legacy status, no magazine is entirely immune from larger industry trends. No wonder The New Yorker has been looking to fill positions in-house.