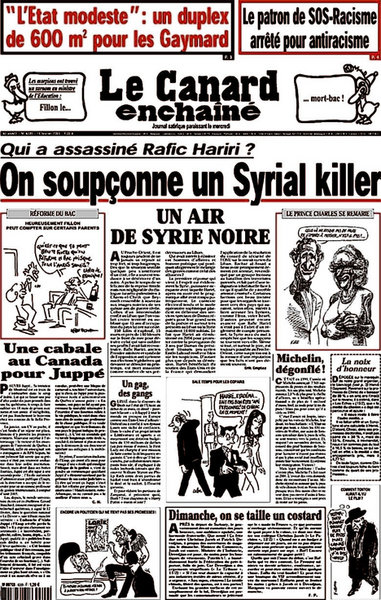 A very interesting profile of the French satirical weekly Le Canard enchaîné from The Irish Times: