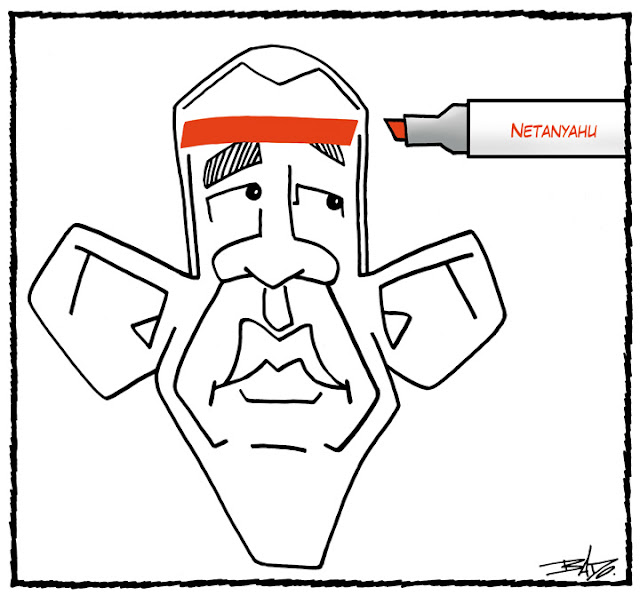 ...this caricature by Thomas Fluharty. 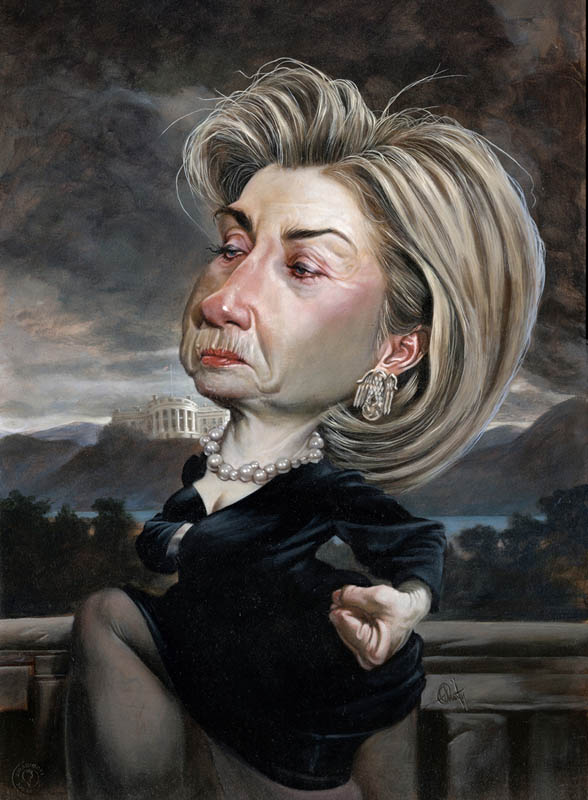 Cartoonists Weigh In On The Cartoon Controversy 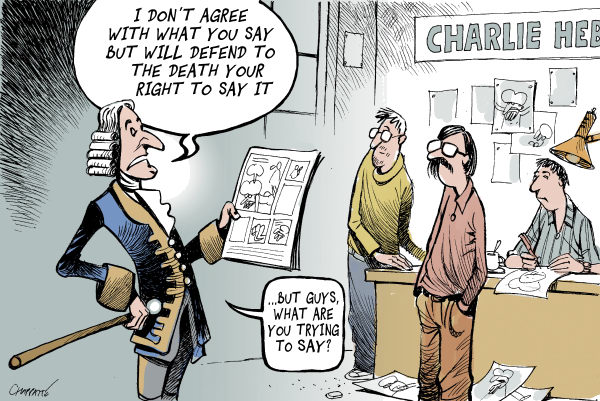 So what do cartoonists think about those controversial French cartoons that mocked the Prophet Muhammad?

Mike Lester’s Mike Du Jour debuts today.The strip is drawn in the classic loose Lester style – which is perfect for his type of humor. In the interview below, Mike describes it as a strip that Larry David would write and I couldn’t agree more.
More info>
Published by Bado at 4:00 AM No comments:

You can read all about Richard in the following posts.

Is Fair Use a Fair Legal Concept? 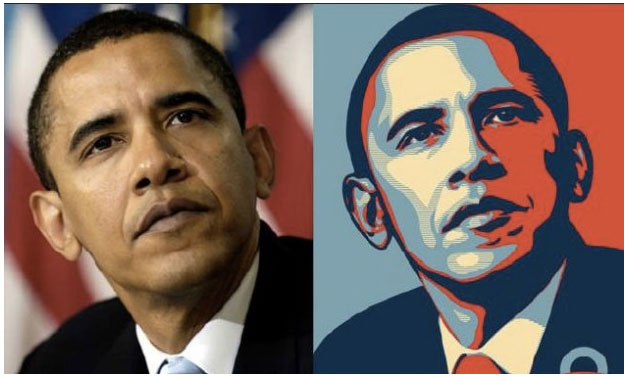 The e-mail newsletter Ethics in Graphic Design (which can be followed on Twitter here), smartly produced by Eileen MacAvery, routinely touches on issues close to my heart.
The most recent e-blast leads with the question: "Was Shepard Fairey's use fair?"
It's a reference, of course, to Fairey being sentenced to two years probation and a $25,000 fine for tampering with evidence in his copyright battle with the Associated Press.
More info>
Published by Bado at 4:00 AM No comments:


PARIS — A French satirical magazine on Wednesday published a series of cartoons mocking the Prophet Muhammad, setting off a new wave of outrage among Muslims and condemnation from French leaders amid widening unrest over an amateur video that has provoked violence throughout the Islamic world.

Political Punch
The Association of American Editorial Cartoonists' convention just wrapped up here in Washington, D.C., and ABC's Jake Tapper -- a self-described "failed cartoonist" -- had the honor and privilege of being a keynote speaker. The convention, hosted by George Washington University, brought together influential political cartoonists from around the world, including veteran Kevin "KAL" Kallaugher, who cartoons for The Baltimore Sun and for The Economist.
More info>
Published by Bado at 2:13 PM No comments:

The Association of American Editorial Cartoonists will hold “#!&%!! Cartoons — a Festival Celebrating the Political Cartoon,” today and tomorrow at George Washington University, as well as companion presentations at the Library of Congress and the Newseum. 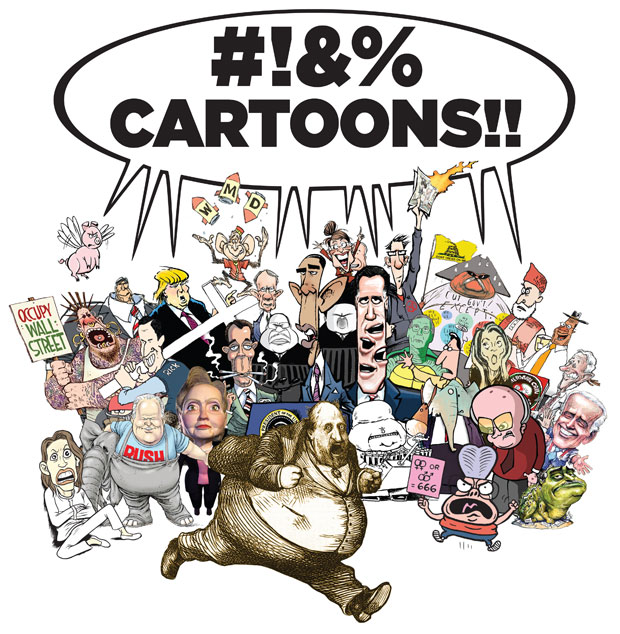 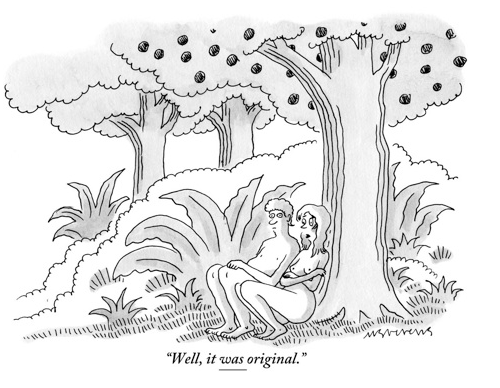 The New Yorker has a Facebook page, which a lot of you like, or maybe it’s just one person with a lot of time on their hands, liking the page over and over again. But in any case, it’s a whole lotta like. We like that.

What we don’t like is that we got temporarily banned from Facebook for violating their community standards on “Nudity and Sex,” by posting the above Mick Stevens cartoon.
More info>
Published by Bado at 4:00 AM No comments:

Globe and Mail cancels "Back Bench"

Not only did the Globe and Mail cancel "Fisher" but i learned today that they also eliminated Vancouver cartoonist Graham Harrop's "Back Bench" gag panel. 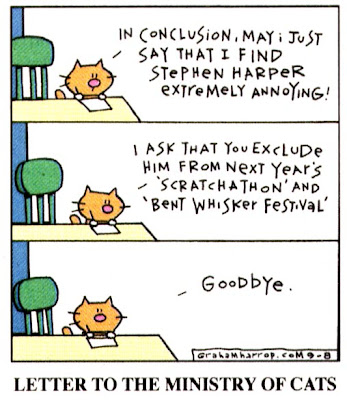 "BackBench" has appeared daily for almost 20 years in The Globe and Mail, both as a comic strip and as a panel cartoon. With his witty, irreverent humour, Harrop has satirized most of Canada's major political figures. He has commented on government scandals, the cozy connection of politicians and pop idols, and the continuing battles between the feds and the provinces. He is noted for his humorous take on Leonard Cohen in his much publicized retreat to a California monastery as well as Margaret Atwood and her "remote pen" for signing books. Above all, however, Harrop focuses on everyday happenings: the struggle between doctors and their patients, the fashion industry, computer technicians, fast food outlets, Revenue Canada's voracious appetite and, more recently, the 2010 winter Olympics.

Protesters outside court chanted: "He is not Aseem but he is a storm, he is the nation's another Gandhi"
More info>
Published by Bado at 4:00 AM No comments:

Here, in its entirety, is Steve Brodner's 2012 RNC, DNC convention live blog work for thenation.com. Grand total: 152 illustrations.
The pieces are in reverse order as they appear on the original site: http://www.thenation.com/blogs/steve-brodner 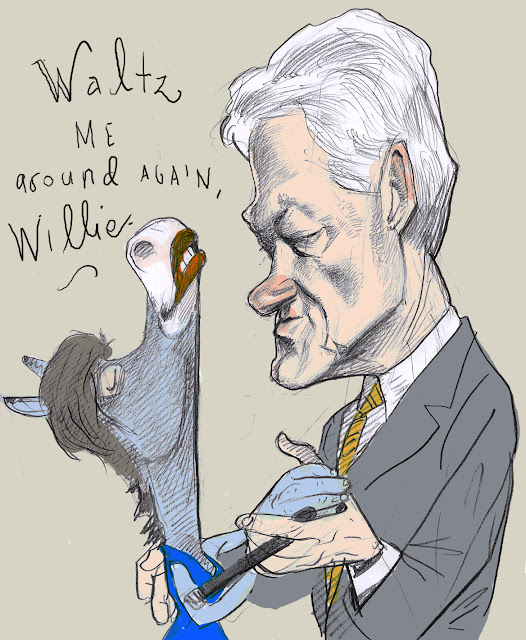 These are all made using 2B, 4B pencil in 8 1/2 X 11 75lb bright white paper in Allied Artists sketchbooks augmented in Photoshop, in the spirit of enthusiastic political engagement, participation, voting, and . . . democracy. 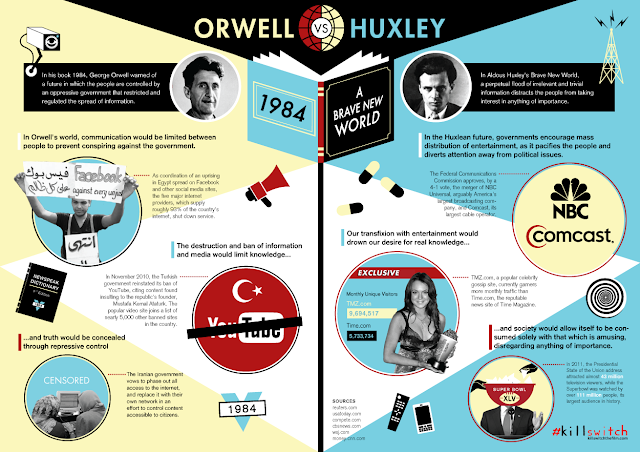 Published by Bado at 4:59 PM No comments:

Fisher creator Philip Street was recently told that the Globe and Mail was combining its' arts and life sections and reducing the comics page after the today's edition, dropping Fisher in the process.

Here is a June 6 entry (on the 20th anniversary of the strip) from Philip Street's blog, Idiot Mittens. 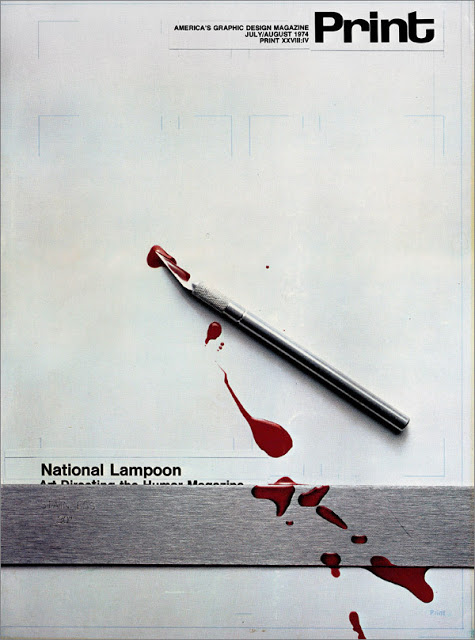 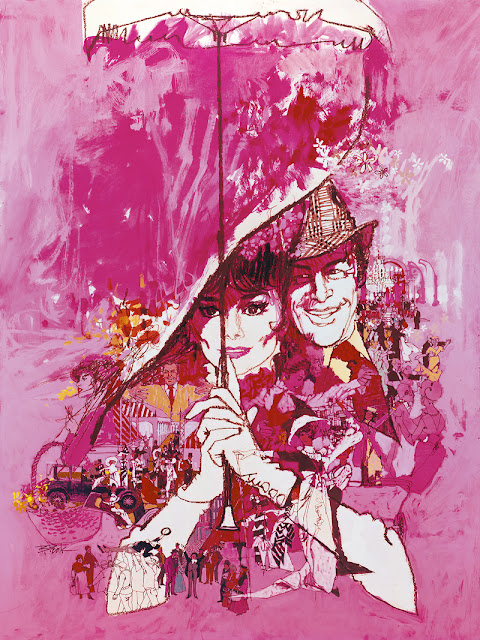