Signe Wilkinson will stay on at Philadelphia Daily News

From Comic Riffs at The Washington Post.
By Michael Cavna 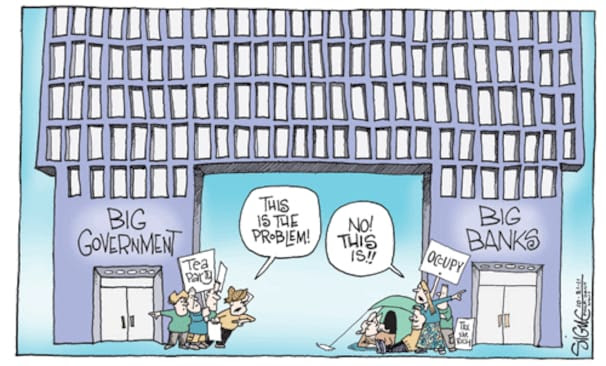 
FOR WEEKS, COLLEAGUES at the Philadelphia Daily News had spoken to Signe Wilkinson with an extra measure of concern.
“They look at you like you’ve got terminal cancer,” Wilkinson tells Comic Riffs on Thursday, speaking of her status at the paper. “They touch you on the shoulder. I kept saying: ‘No, no, I’m going to live. I’m alive.” 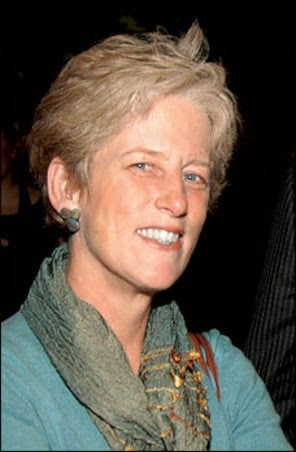 Daily News cartoonist Signe Wilkinson. (courtesy of SIGNE WILKINSON)And now, Wilkinson’s job as the Daily News’ political cartoonist is indeed still kicking. This news comes after reports that the Pulitzer winner was being advised to take one of the paper’s buyouts this month or face being laid off.
“We were working out the .. specifics today, but [Wednesday] night I heard we were able to keep my position,” Wilkinson tells Comic Riffs. ”I think [that] is fantastic not only for me, but for the paper. There would have been no local visual commentary in the paper.”
Tony Auth — Wilkinson’s Pulitzer-winning counterpart at the Philadelphia Inquirer —announced last week that he was taking the company’s buyout offer. At that time, Auth told Comic Riffs: “If they’re smart, they’ll just put [Wilkinson] in both papers.”
The Philadelphia Media Network, which owns both the Inquirer and the Daily News, reportedly is cutting 40 positions this month.
Last week, Wilkinson expressed concern to Comic Riffs about whether her position would be cut, and publisher Greg Osberg, a former Newsweek.com executive, did not return Comic Riffs’ attempts seeking comment.
Now, Wilkinson tells us, she will draw five cartoons a week for the Daily News and three cartoons a week for the Inquirer.
“It was a huge relief,” Wilkinson says. “It was a terrible, terrible, terrible couple of weeks — so many people’s jobs have been up in the air.” The AP reports that according to the Newspaper Guild of Greater Philadelphia, 21 newsroom employees have accepted the buyouts and 19 editorial workers will be laid off.
[THE ‘RIFFS INTERVIEW: Signe Wilkinson on election-year cartooning]


“The only good thing about these [past] couple of weeks was the amount of support I got from all quarters,” Wilkinson tells us of newsroom colleagues, executives and letter-writers who rallied around her. “From high and low, I felt so supported.”
Wilkinson also emphasized the vital necessity of Philadelphia’s largest newspapers having the continued presence of a political cartoon.
“Philadelphia is a one-party town,” says Wilkinson, who is syndicated by The Washington Post News Media Services. “To have papers that are independent is really important, and cartooning is a part of that. A local cartoon just carries a lot more weight.”
Published by Bado at 8:01 AM