After more than 40 years, The Sun has cut editorial cartoons from the weekday editions of the paper.

The paper has boasted a roster of excellent cartoonists to poke fun at the political shenanigans of the day. Names such as Stanley Franklin, Dave Gaskill, Keith Waite, Paul Rigby, Tom Johnston, Bill Caldwell, Bernard Cookson and Charles Griffin have all served on the super soaraway paper. But recently, circulation of printed publications has sunk, taking with it into the deep briny blue a huge wad of advertising revenue.

I write as the most recent regular incumbent and my cartoons have now been dropped. No reason was given to me, but it seems likely it was a financial decision. Cartoonists, together with many journalists and photographers, are apparently too expensive for these times. It’s much more cost effective to fill the editorial page with a splash headline and a crowdsourced free or cheap image. 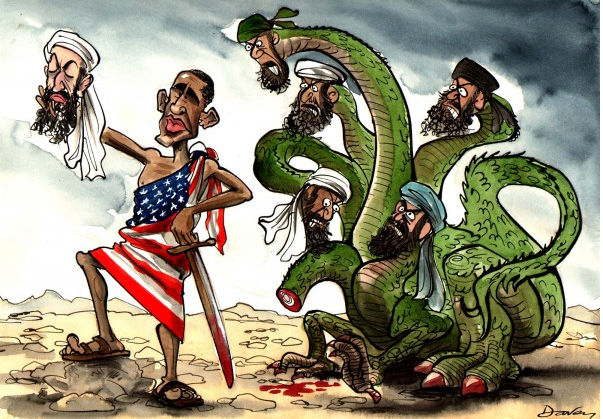 The paper will still run editorial cartoons by another PCO member, Brighty (Steve Bright), in the Sun on Sunday and in Trevor Kavanagh’s Monday editorial column.

Traditionally, papers have run editorial, gag and strip cartoons but this has begun to change over the past few years.

Alongside this, rates of pay have been cut. In 2011, The i newspaper, sister to The Independent, decided it needed strip, gag and editorial cartoonists to make its content shine. Instead of hiring cartoonists at a standard industry rate, it ran a competition in the oh-so-fashionable form of a “Cartoon Idol” to find new talent. The pay was so derisory that only one cartoonist could afford to take up the offer.

We at Procartoonists.org may be biased, but we think cartoons are still loved and appreciated by readers. It is a shame to see them disappearing at a time when humour and satire is desperately needed. 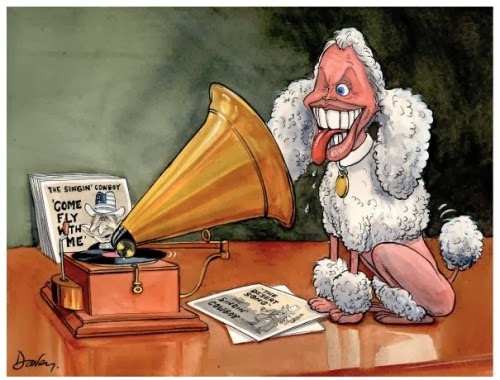 Procartoonits asked Andy Davey to write about the strange relationship that lies at the heart of such jobs.

For the UK cartoonist, working outside of the beneficence of a major newspaper brings benefits and troubles; editorial freedom and financial uncertainty. Creative freedom and money are rarely thrown together at the same artist.

In general, print editors and proprietors control content with an iron hand, especially when they are paying for it. Tabloid editors for example, are a clever bunch. They know how to run tight, focused media organisations. There is little or no room for a dissenting voice. The paper has to speak with one voice on a narrow range of issues.

Cartoonists are not hired to express their idiosyncratic views of the world, they are there to draw an on-message gag about something that is being highlighted in the day’s paper (preferably on the same page). Topics that are fair game are often defined and limited by who the paper “likes” (politicians or celebs they seek to cultivate) at any one time.

This can become wearing for the cartoonist who likes to come up with his/her own ideas – and that is pretty well all cartoonists (It is one of the key identifiers between cartoonists and illustrators – Ed).

The constraint of the ‘‘family paper’’, hard as it has sometimes been to believe in the era of phone hacking, also prevents anything too graphic from being published. Consequently, editorial cartoons in the tabloids can often look like sad toothless pastiches of the deferential 1950s.

Tabloid readers are conditioned to expect short, snappy articles and plenty of photos. The editorial pages, unlike the rather type-heavy pages in the broadsheets, are awash with images and banner headlines. Cartoons must fight to make themselves seen amid all this; even more so amid the flashing ads and animated pop-ups on the web versions.

A looser hand on the editorial tiller would allow stronger satirical graphic cartoons to attract the eye in traditional print and also in the relatively new digital environments.
Published by Bado at 3:00 AM