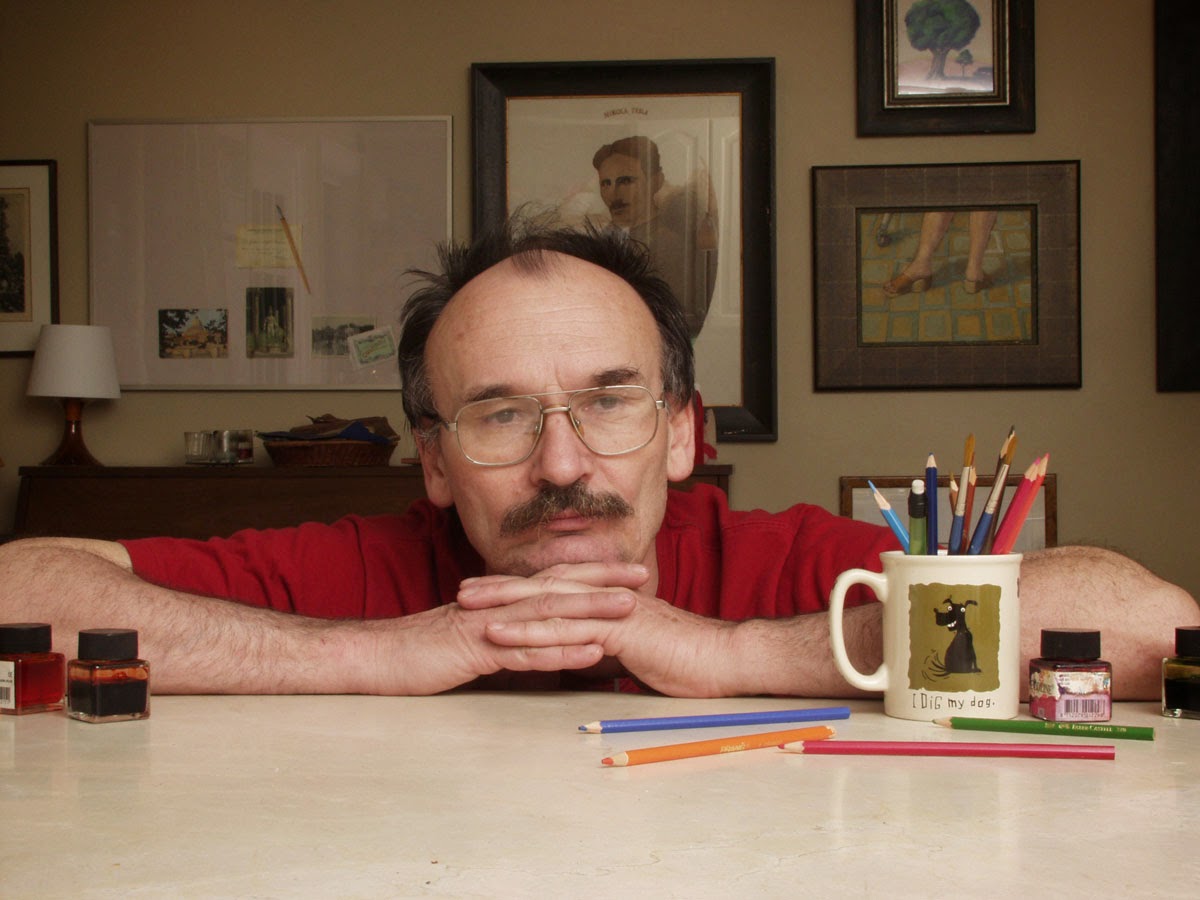 When Dušan Petričić steps into his studio, he feels both overwhelmed and calmed by the vast space before him: The waters of one of Europe’s greatest rivers flow just 20 meters from his drawing table, while, on the Danube´s other shore, the Pannonian Plain opens to Serbia’s northern province of Vojvodina.

“I need to be looking into open space. Coming into a room with no windows, I shudder and get out of there as soon as possible,” Petričić said.

A cartoonist and illustrator of children’s books, Petričić spent 20 years in Toronto before returning to his hometown of Zemun, just north of Belgrade, in 2013.

“Since coming back, I’ve tried to draw a conclusion about what good my stay over there did,” Petricic explained in his favorite restaurant in central Belgrade. “And I’m convinced I’m now a much more tolerant person – more open to diversity.”

Canada is a country of emigrants and thus far more diverse than Serbia, Petričić said. “The largest problem for the Serbian nation is that it lives in a small space and that it’s claustrophobic. People are very sensitive to everything different and foreign.”

After his Canadian experience, “I much better realize that the more open and wide your windows and doors are, the better – both for the environment and for the individual.”

Petričić mentioned the recent Pride Parade as a sign that not everyone in Serbia shares his views on openness. On 28 September, a few hundred LGBT rights supporters marched through several blocks of Belgrade’s shut-down center, surrounded by 7,000 police for protection. Western officials praised the government for ensuring the marchers could express their views in safety.

However, there exists the darker side of Serbian politics, which Petričić tries to expose in his weekly cartoon in the daily newspaper Politika. One of his cartoons tackles the fate of the country’s most influential political talk show, Utisak nedelje (“Impression of the Week”) which was broadcast every Sunday night since 1991 before it went off the air in June after B92 TV tried to shift the program to a less-watched channel; host Olja Beckovic called the decision “a political order.” The cartoon shows Beckovic muzzled by a piece of black tape topped off with the unmistakable profile of Serbian Prime Minister Aleksandar Vucic.


An Insider's Take From an Outsider

Petričić’s work in Canada as an editorial cartoonist for the Toronto Star and children’s illustrator has received wide acclaim, and his drawings have also appeared in The New York Times, The Wall Street Journal, The New Yorker, Scientific American and others.


On 4 November, Petričić is due to receive the TD Canadian Children’s Literature Award for his illustrations for The Man with the Violin (2013), written by Kathy Stinson. 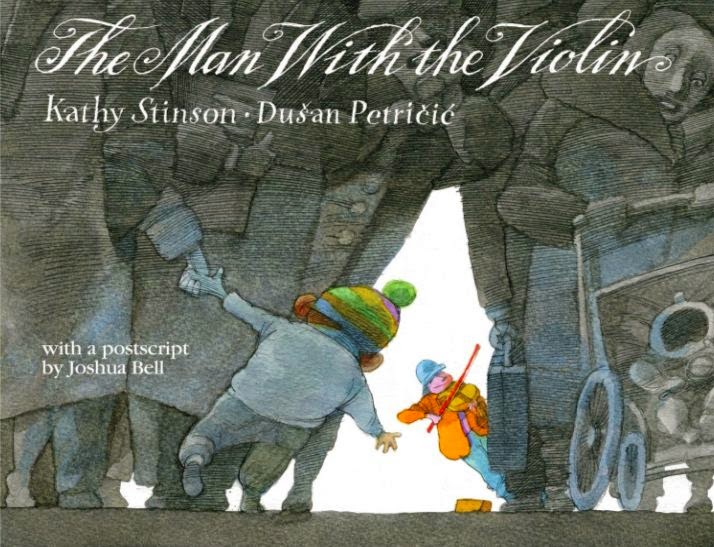 A collection of his work – My Toronto – was published in 2011 with an introduction by Rick Salutin, a Star columnist. That Petričić  as an immigrant, was able to make locals feel the spirit of their city in his drawings shows the newcomer can be more aware of the nature of a place, Salutin said in an email. “Dusan brings an artist’s sensibility along with this useful sense of unfamiliarity.” 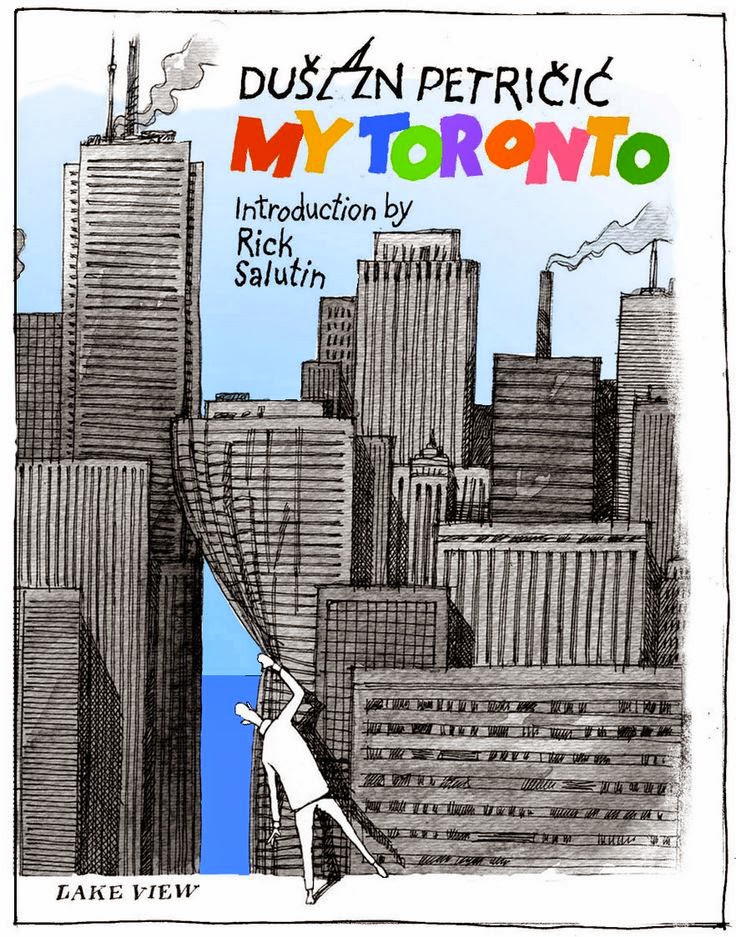 Petričić’s ability to see the essence of things has been noted by others, including the editor of the latest of Petričić s more than 40 children’s books, Vidovite price (its English title is Clairvoyant Tales). The book was published last year by Laguna and written by Petricic’s longtime friend Ljubivoje Rsumovic.

Mina Kebin, the book’s editor, said Petričić s success is due to his being “an outstanding observer and analyst of the factual situation – of life as such, as well as of everyday life.” His illustrations for children’s books offer “a precise, concentrated and visually attractive expression of the core of the story.”

“The freedom to think and express one’s own views is what should be supported in every child – and the same is one of the fundamental rights of every grown-up person,” Kebin wrote in an email. “I believe that Mr. Petričić s illustrations – whether made for children or for grown-ups – provoke the audience to take just that approach.”

Petričić himself has given the two parallel tracks in his work a thought and sees what he called a “philosophical” connection.

Graduating from the Belgrade Academy of Applied Arts in 1969, Petričić became a cartoonist for the newspaper Vecernje novosti, where he worked until he left for Canada in 1993, a time of civil and ethnic conflict in the Balkans. Influenced by his children, he also started illustrating books for young readers. The first, Jos nam samo ale fale (“Only We Don’t Have Dragons Yet”), was also written by Rsumovic and, published in 1972, became a Yugoslav and Serbian legend. 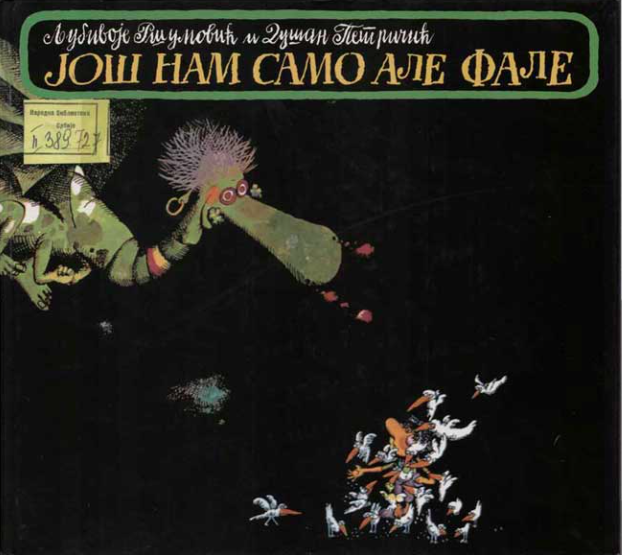 Petričić and Rsumovic were invited to join the team that launched what was to become a landmark magazine for children, Poletarac (“Fledgling”). Rsumovic said Petričić s drawings made it easier for readers to understand the articles “and remember the beauty of the message,” and helped writers “be more sure of ourselves [and] like miners, dig in the language, seeking a grain of gold.” 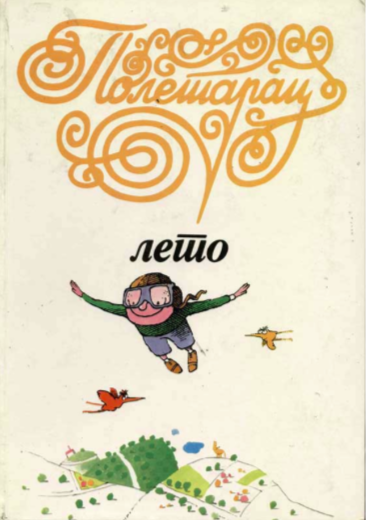 Poletarac folded in 1975 due to lack of finances, after publishing 19 issues over two years.

Petricic feels ambivalent about his work as an illustrator for children.

“In a sense, through the beautiful, useful and nice stories and illustrations, I’m taking part in a huge scam,” Petričić said. He tries to teach children about “honesty, love, caring for others, etc. But when they turn 18, 20, they suddenly realize that things are not quite what they’ve been told.”

Because of that “lie,” he produces cartoons “to criticize the grown-ups responsible for creating a world in which the children are disappointed.” Values like “justice, equality, love, care” tend to be forgotten while growing up, Petricic said, and he aspires “to make the children stick as much as possible to the fundamental rules in life.”

Similarly, he’d like grown-ups to stick to the rules prescribed in social laws and constitutions. Last year, Petričić published Diagnoza (“Diagnosis”), a collection of his cartoons from Politika that provides “a precise diagnosis of the illness infecting that societal system.” 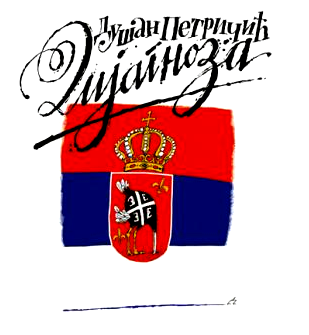 Born in 1946, Petričić said he has long been “formally of retirement age.” But the chain-smoking cartoonist clearly has no intention of retiring. In addition to his political cartoons, he’s working on illustrations for Rsumovic’s novel Vid iz Talambasa (“Vid from Talambas”), set to be published around New Year’s Day. A more serious challenge is the planned re-launch of Poletarac, with the hope of attracting younger artists to run the children’s magazine.

He also carries on with his political cartoons, which he sees as historically important in exposing Serbia’s problems. He cites as an example the work of Predrag Koraksic – known by his pen name Corax – during Slobodan Milosevic’s regime. 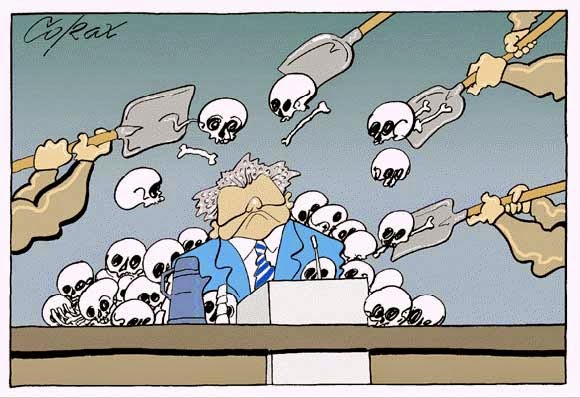 “In a very dark time, Corax had the courage, and professional skill, to hold out and survive as a cartoonist,” Petričić said of his longtime friend. He acknowledges political repression can never be lifted through cartoons but said Corax’s work made everyday life easier. “People didn’t wake up every day with the idea to kill themselves but waited for the next day to have a laugh. That laughter is a valuable and healing element in dark times. ”

Milosevic was the protagonist of most of Corax’s cartoons, just as Vucic today stars in many of Petričić s drawings.

Koraksic acknowledges there are differences between the late strongman and today’s leaders. In 1993, after 25 years of work, the cartoonist was fired from his job and harassed in court. Today, “the only problem that I see is self-censorship,” he said in an email response.

Return of the Old Order?

Still, there are concerns that vestiges of the past exist in today’s Serbia. Petričić said the popularity of political cartoons – such as the one he produces for Politika – suggest the public is dissatisfied.

“It’s obvious that we still live in dark times, since the very same people who helped Milosevic bring the country in this situation have returned,”Petričić said, referring to Vucic, who was elected prime minister in April, and President Tomislav Nikolic. Both worked for Milosevic, and though they have pledged to carry through with reforms that would lead to Serbia’s membership in the European Union, Petricic doesn’t believe that: “They can change their appearance, and play pro-European, but basically they’re not.”

The Democratic Party that dominated Serbian politics from 2004 to 2012 stepped down when it lost elections, but, Petričić said, “I’m convinced that this government, with Vucic at its head, won’t peacefully give up power.” People don’t change their mentality overnight, he continued, so “at some point, it will again be necessary to set the parliament on fire, make demonstrations or get rid of them in some other way.”
Published by Bado at 2:00 AM