Cartoonist Rayma Suprani was for nearly 20 years the staff cartoonist at El Universal, a Venezuelan newspaper in Caracas.

She became known as a tough but original and nuanced cartoonist. Her work became the topic of conversations and a must-see each week.

Except Rayna Suprani is no longer in Venezuela. She cartoons from exile, in Miami. She was fired from El Universal in 2014 shortly after Suprani published this cartoon:

The message is that the flat-lining of Venezuela's economy can be blamed in part on the policies of the late Venezuelan President Hugo Chavez, the father of the left-wing populist movement known as Chavismo.

When Chavez was in power, Suprani routinely skewered him in her cartoons. But by 2014, his Chavista successor, President Nicolas Maduro, had elevated the former leader to saint status. And around the same time, Suprani's newspaper, El Universal, changed hands. The new (and still unidentified) owners supported Maduro. And Suprani was let go.

Venezuelan journalist Cesar Miguel Rondon says the Maduro government acted like thugs. "They behaved like punks on a street corner. You don't have the rule of law here. Every single day it's more openly the exercise of a dictatorship instead of a democracy. So, 'we don't like Rayma. Rayma, you should go.' It's as simple as that." 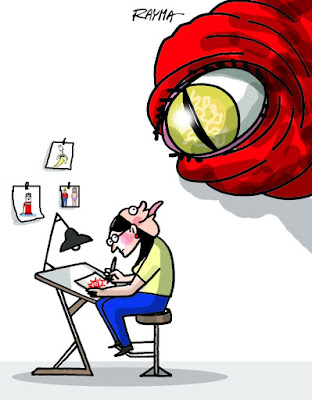 But Suprani's troubles didn't end with her firing. She started getting death threats and crank calls. The attacks went after her integrity as a woman. "They'd say, 'Instead of doing what you're doing, why don't you go find a man, a husband?' Or, 'You're just a lesbian.' 'You're a prostitute.'"

For Suprani, the pressure became too much. She couldn't find a job and finally, in December 2015, she left. "Emotionally speaking, I never wanted to leave Venezuela but it became such a risk that I couldn't live with it. It sort of paralyzed me and now I feel like I'm in a place where I can look at everything from a distance and I can be more useful because my creativity can flow without worrying."

Which presents a conundrum. How do you get rid of a dictator using democratic means? Suprani's answer is to use her exile to literally draw the attention of the rest of the world to the repressive political system in Venezuela under Maduro. One of her current projects is illustrating a book about political prisoners being held in Venezuelan prisons. 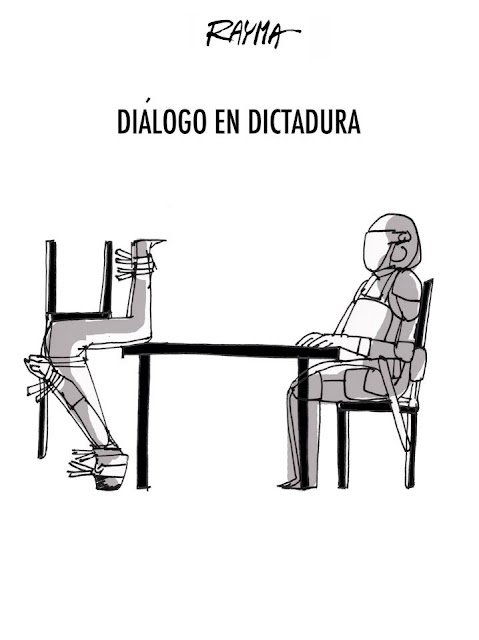