Out of nearly 180 cartoons featured in last year's edition of Britain's Best Political Cartoons not one was drawn by a woman.

It was flicking through a copy of the book that first highlighted the gender imbalance in the industry for Ella Bucknall, an illustrator currently studying at Camberwell College of Arts in London.

This realisation prompted her to start Whip, a magazine of political cartoons by women, to give them a platform that didn't exist elsewhere.

The "boys' club" is a common complaint of women working as cartoonists.

Nicola Jennings, whose work has been published in the Guardian, said: "Political cartoons are a sort of running joke between the boys. I wonder whether men find it too difficult to be lampooned by a woman? 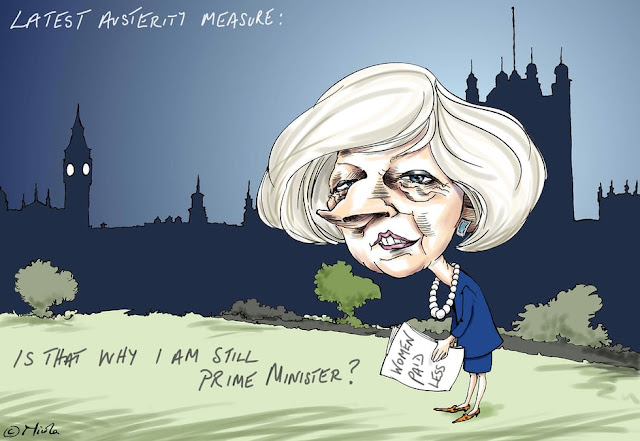 "Men lampooning each other is like an in-joke and they're just slapping each other on the back, whereas if it's a woman it's seen as much stronger criticism."

The editorial cartoons of the national newspapers remain a distinctly male affair.

Tim Benson, editor of Britain's Best Political Cartoons, defended his selection as simply a reflection of the state of the industry.

"My criteria is that the cartoon has to be published in a national newspaper. There are lots of female cartoonists who publish their work online or draw for the Morning Star but they are unpaid," he said,

"If you want to be able to call yourself a political cartoonist you have to be able to earn your living as one. I can only pick cartoons from what is available.

"My view is that anyone with the perseverance and the skills will rise to the top, whatever their gender is. Personally I don't think there's a woman out there at the moment who can compete with the very best.

"I've got Nicola Jennings in this year's book but only because she's been published in national newspapers. I would love to have more work by female cartoonists but I'm not going to include them in my book if I don't think they're good enough.

I never decide on gender lines. As far as my book is concerned there is absolutely no gender bias at all."


To find female political cartoonists at the moment, it is necessary to look beyond the national newspapers.

Nicola Streeten, an illustrator and comics scholar, has researched the history of British feminist cartoons and comics from the 1970s. What she found was that outside the national media there were a host of women drawing political cartoons, from the Suffragettes to 1960s feminist magazine Spare Rib.

She is currently co-editing a collection of 250 years of female cartoonists in Britain, The Inking Woman, following an exhibition of the same name at the Cartoon Museum.

"The more we looked the more women we found. You just have to take the trouble to look. Some people are against having a women's-only publication or exhibition but at the moment there just aren't the platforms for women," she said.

There are only six full-time political cartoonists working for national newspapers. As far as we can tell there has never been a woman among them and most of the men have held their positions for years.

"There was a tradition of editorial cartoonists having a job for life. Those jobs were already taken by men 50 years ago so there haven't been any open doors for women," explained Martha Richler, otherwise known as Marf, one of the few women to have worked as a political cartoonist on Fleet Street, for London's Evening Standard. 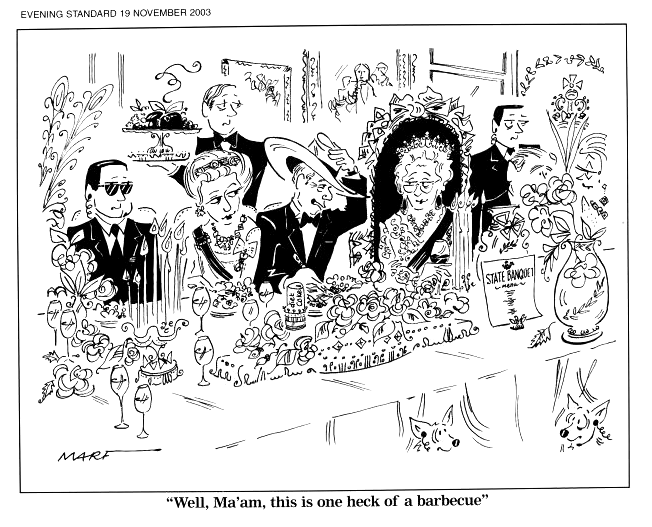 Ms Richler, who was made redundant from the Standard in 2008 after the recession hit, said: "As budgets were cut, cartoonists were considered a luxury. But the story's not over if you look online."
She admits she misses her salary but prefers the freedom of working online.

"There were times at the Standard when I wasn't allowed to do a darker cartoon. Online I have total freedom and there are no prejudices about what women can draw. We can self-publish. There are amazing opportunities if only we can crack the problem of monetising it."

In 2004 the Daily Telegraph claimed her jokes were "regularly rewritten by backbench executives". The paper later published an apology.

So how do things look now?

The work of Ms Jennings and Kate Evans has been featured in the Guardian. 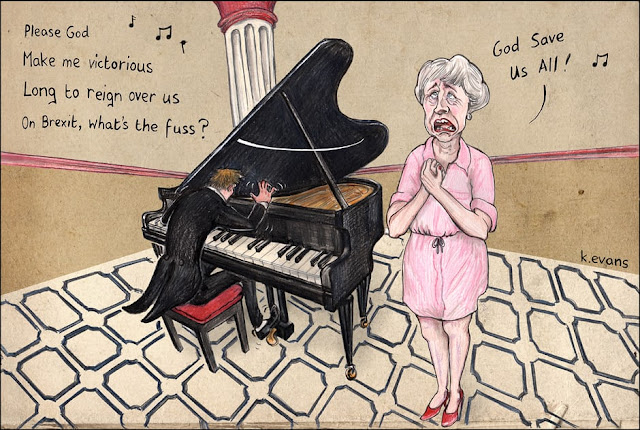 And the second issue of Whip is due to be published next month.

"We're hoping to keep expanding. I hope editors will pay attention to what we are doing," Miss Bucknall said.

"The ultimate aim is that there will no longer be a Whip, because women are given a mainstream platform. The only reason we exist is because at the moment there isn't one."
Published by Bado at 12:00 AM