From the Joe Shuster Awards. 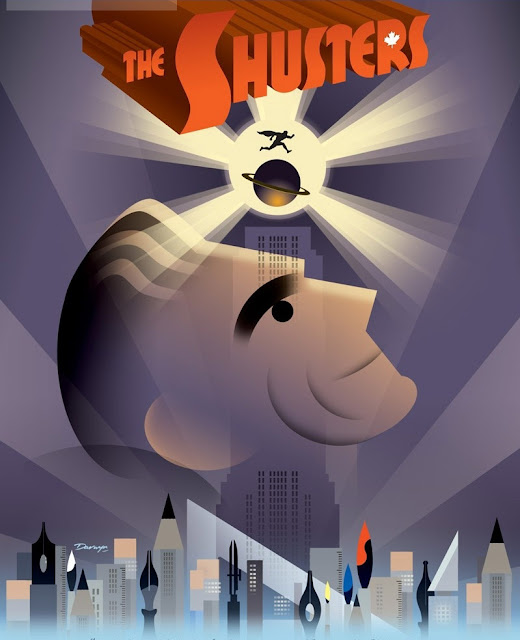 The Joe Shuster Awards, which honours Canadians comics and graphic novels, announced on their website that they were unable to finalize the 2018 winners and present the awards tomorrow at the Montreal Comic Con.

I regret to inform all that we are unable to finalize the 2018 winners and make the awards in time for the ceremony on July 7th in Montreal at the Montreal Comic Con.

Unfortunately our juries need more time to deliberate and gather information/review materials, and the Dragon Award nominees have yet to be announced. Based on this, after consulting with other members of the committee, we have decided to postpone the ceremony and reassess the timeline.

We will still proceed with a panel on July 7 at 5:30 where we will discuss Canadian comics and have some special presentations to the 2017 winners who are present at Montreal Comic Con 2018.

More information to come on when the ceremony will take place.

It was Superman, a co-creation of Shuster and his friend and neighbour Jerry Siegel, published by National Periodical Productions (now known as DC Comics) that electrified the industry over 75 years ago in 1938 and, almost overnight, transformed comic books into an enormous pop-cultural phenomenon and spawned a legion of costume-clad adventure heroes and heroines.

It was the absence of Superman and his costumed peers from Canadian newsstands during World War II that would help spawn Canada’s first and last country-wide attempt at launching an indigenous, Canadian comic book industry and saw the rise of popular characters like Freelance, Nelvana and Johnny Canuck.

The end of the war eliminated these restrictions and Canadian comic companies disappeared shortly afterwards.