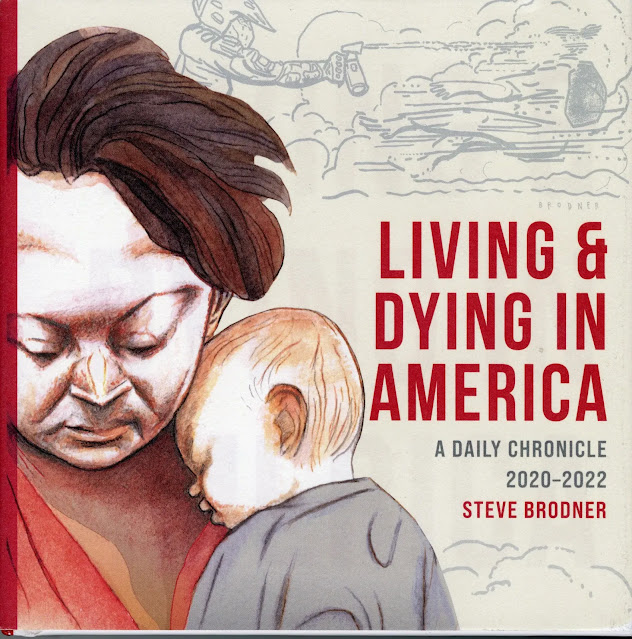 Every day, late at night or early in the morning, from March 26, 2020 to January 1, 2022, the political cartoonist and illustrator Steve Brodner would get to work.
In those midnight hours, he would review the day’s reportage, sit down at his drawing board, and memorialize a singular person or event that played a role, willingly or unwillingly, in shaping that day.
Living & Dying in America includes many lovingly drawn portraits of those who died in the pandemic and of those who displayed extraordinary strength, decency, courage, and endurance.
But Brodner does not ignore those who perpetuated the pandemic in word or deed: he also etches in acid caricature those public servants and private entrepreneurs who preyed upon the public, spread lies, and aided the virus’ spread through their ignorance, incompetence, and malfeasance.
Released via Brodner's daily column in The Nation, the drawings range from quick, expertly realized sketches to elaborate paintings to carefully rendered mixed media, depending on how much time and stamina and inspiration he had left at the end of the day. 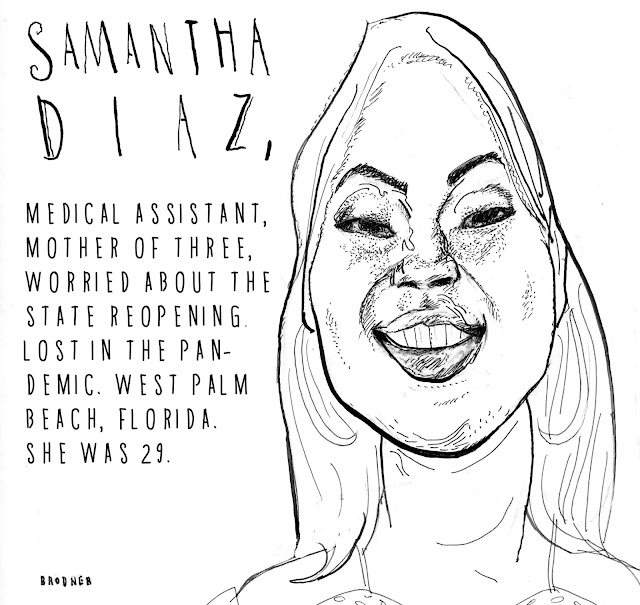 Each spontaneously drawn or painted image is accompanied by a brief biography of those who died, or a short summary of the person’s conduct or the event depicted.

Taken as a whole, Living & Dying in America is a chronicle of those who died and those who honorably served the living ― as well as an indictment of those institutions and political figures who betrayed the public trust.
It is a searing and essential moral document, written and drawn on a daily basis with feverish intensity by one of the great forces of American cartooning.
Living & Dying in America: A Daily Chronicle 2020-2022
Steve Brodner
Foreword by Edward Sorel
Fantagraphics
476 pages
$29.99
Read also: 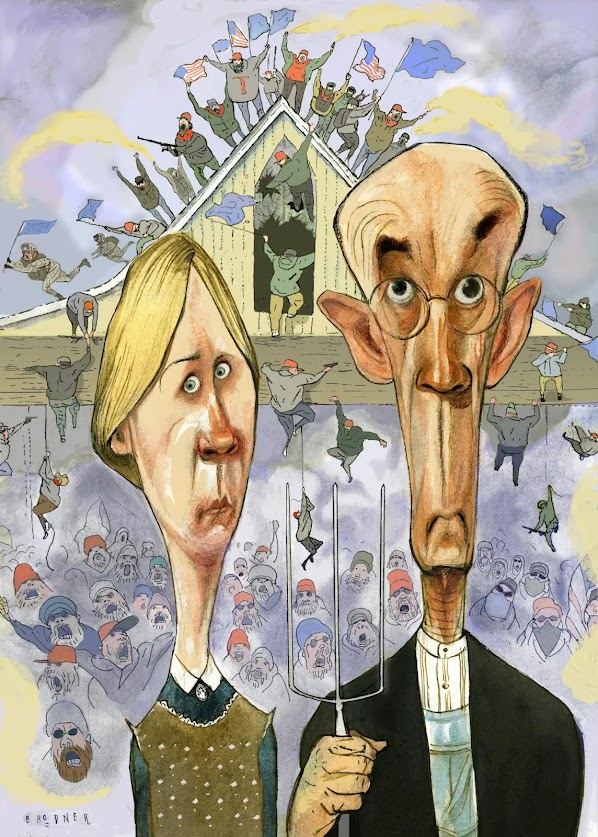