The National Film Board of Canada (NFB) is saddened to learn of the death of filmmaker Gerald Potterton, who died at the Brome-Missisquoi-Perkins Hospital in Cowansville, Quebec, on the evening of Tuesday, August 23, at the age of 91.
A native of London, England, and student of the Hammersmith Art School, Gerald emigrated to Canada in 1954 to work alongside the pioneers of NFB animation.

My Financial Career, Gerald Potterton, provided by the National Film Board of Canada

He created animation for NFB films in the fifties before directing his own classic shorts, including the Stephen Leacock adaptation My Financial Career (1962) and Christmas Cracker (1963, co-directed with Norman McLaren, Jeff Hale and Grant Munro), both nominated for Academy Awards.
Gerald also made his mark in live-action comedy with The Ride (1963) and the multi-award-winning film-without-words The Railrodder (1965), starring the great Buster Keaton in one of his last film roles. 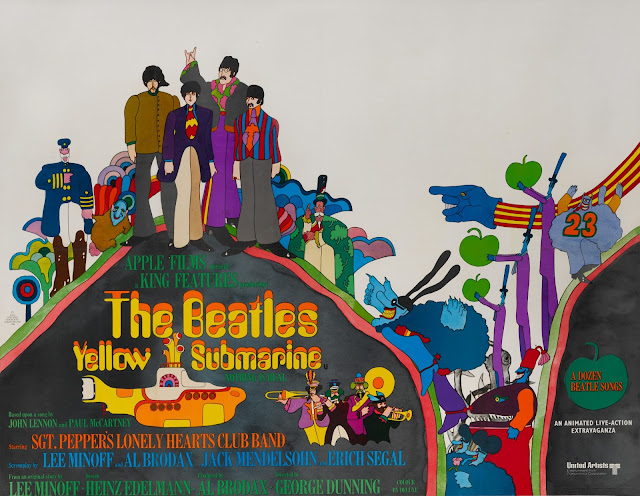 Gerald returned to England to work on the animated Beatles feature Yellow Submarine (1968), followed by a collaboration with Harold Pinter on the innovative NBC TV special Pinter People, during which he began a lifelong friendship and collaboration with actor Donald Pleasence.

Back in Canada, he formed Potterton Productions, a prolific independent production house for film and TV projects, including his Oscar Wilde adaptations of The Happy Prince (1974) and The Selfish Giant (1972), an animated short that netted him his third Oscar nomination. 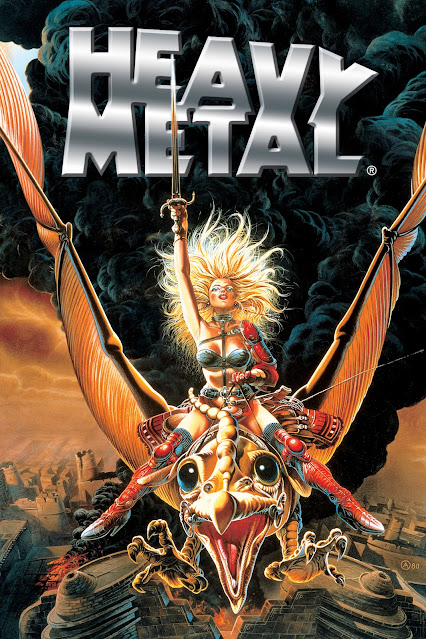 Gerald directed the animated cult classic Heavy Metal (1981) for Columbia Pictures, supervising the work of more than 65 animators in Canada, England and the U.S.

The Awful Fate of Melpomenus Jones, Gerald Potterton, provided by the National Film Board of Canada

He also collaborated with the NFB again on his second Leacock adaptation, The Awful Fate of Melpomenus Jones (1983), and co-created the animated children’s series Smoggies (1987–1990).

In later years, he took up painting and was known for his historically accurate aviation paintings and extraordinary skies. He remained active and prolific into the 21st century, continuing to develop film and TV projects as well as pursuing other artistic endeavours from his farm in Knowlton, Quebec.

In 2020, he wrote and illustrated a popular children’s book about Joseph-Armand Bombardier, L’homme des neiges, published by Éditions Québec Amérique.

A member of the Royal Canadian Academy of Arts, Gerald was selected by the World Animation Celebration in 1998 as one of “Ten Men Who Have Rocked the Animation World.”
There have been over a dozen retrospectives and lifetime honours for his work in recent years, including at the Ottawa Animation Film Festival (1994) and the Seattle Film Festival (1997), as well as in India (2000).
UPDATE
From The Globe and Mail (Saturday September 10 edition)
Gerald Potterton was an animator on the Beatles’ film Yellow Submarine, as well as being the director of Ivan Reitman’s animated cult classic Heavy Metal, and a writer and producer whose work was nominated for three Academy Awards.

Mr. Potterton, who died in Cowansville, Que., on Aug. 23 at age 91, did almost all his creative work after he moved from England to Montreal in 1954, when he started his career at the National Film Board. He worked there alongside legendary animators Norman McLaren, Jeff Hale and Grant Munro.

Gerald Potterton was born on March 8, 1931, in London, England. His father, Albert, was a clarinet player who worked on cruise ships in the Mediterranean and on voyages to South America. After returning from a cruise on an Italian ship, he said of his fellow Englishmen: “You don’t know how to live.”
His mother, Rosa Mae Cudd, came from a theatrical family; her two sisters were glamorous showgirls at the London Palladium, and young Gerald often was taken backstage after a performance. In a feature film he made, he named the female lead Gladys, played by Kate Reid, after his glamorous aunt.

The Second World War broke out when he was eight years old, and like many children from London, he was moved to safety outside the city, which was soon to experience bombing during the period known as the Blitz.

Gerald went to one of the top grammar schools in the country, Bishop Wordsworth’s School in Salisbury, Wiltshire, 15 kilometres from Stonehenge, receiving a much better education than he would have had in south London.
He told friends that, during the war, he used to lie on the ground and watch British and German fighters engage and see bombers take off from nearby bases.
It instilled in him a lifelong fascination with aircraft. His house in Brome Lake, Que., has models of Lancaster and B-17 bombers hanging from the ceiling and a complete room filled with model aircraft, some of which can actually fly. He built his first model aircraft when he was eight.
After the war, he attended the Hammersmith College of Art in west London. He made ends meet by painting handmade silk scarves in London’s Soho district at the start of the Carnaby Street era. There was conscription in Britain after the war, and Mr. Potterton served a short time in the Royal Air Force.

One of his first jobs after he got out was as an assistant animator on the production of George Orwell’s Animal Farm. “He created the two pigs, Snowball and Napoleon,” said his wife, Karen Marginson, a voice actor and retired publicist from the National Film Board, where the two met.

In the late 1940s and early 50s, England was not a great place to live. There was still post-war food and clothing rationing and deadly smog. During a bout of dense smog in 1953, Mr. Potterton and a friend took refuge in a London cinema and saw a National Film Board short called The Romance of Transportation.

“It was just so great, so modern,” he said in a 2014 NFB retrospective interview. “The National Film Board, what’s that? It stuck in my head. I’ve got to go there.”

He decided he wanted to move to Canada and arrived in Montreal in 1954 and applied to the National Film Board. While he was waiting for word on the NFB job, he somehow managed to get a contract to do an animated commercial for a jewellery store in Ottawa.

Mr. Potterton had a brilliant career at the National Film Board. Back then, the short films he and his colleagues produced ran as shorts in Canadian and American cinemas. One was The Railrodder, a film that featured the great silent film star Buster Keaton in one of his last film performances.

In 1960 the restless Mr. Potterton moved to New York to work as a creative director for an advertising agency, producing commercials. His brother Reginald was also in the United States at the time, working as the travel editor for Playboy magazine.

After a couple of years, two friends from the National Film Board went to New York to convince him to return to Canada. He did, and one of his first efforts was My Financial Career, an animated version of the Stephen Leacock short story.
It was a droll comedy about a nervous man who is terrified of banks. He deposits $56 and then takes it out again. It took a year to create the short animated film.

“Animation takes time. You can do it quickly, but it takes time [to do it well],” Mr. Potterton said in 2014. My Financial Career was nominated for an Academy Award, one of his three nominations.
In 1968 he went back to London, where he worked on parts of the Beatles’ film Yellow Submarine, creating backgrounds for street scenes in Liverpool, the Beatles’ hometown. 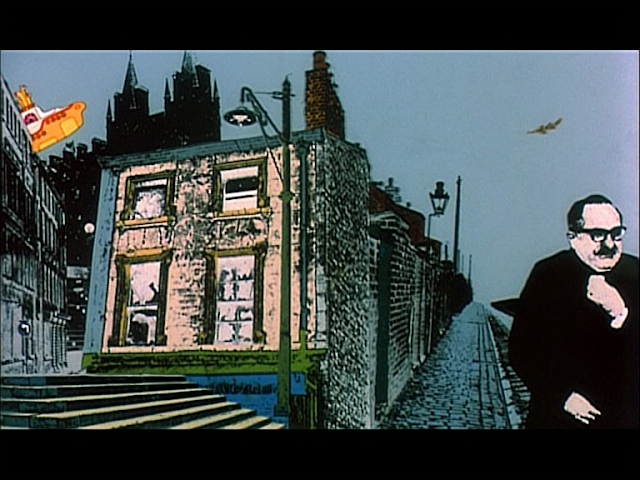 When he returned to Montreal in 1968, Mr. Potterton started an independent production house, Potterton Productions.
One of films was an animation of an Oscar Wilde story, The Selfish Giant. One of the voice actors was Charles Aznavour, the Franco-Armenian singer. That film was Mr. Potterton’s third work nominated for an Academy Award.
In 1972 he bought a 200-acre farm in the most rural part of the Town of Brome Lake. He commuted to Montreal, where he was never short of work.
Perhaps his greatest project began when the Canadian producer Ivan Reitman approached Mr. Potteron to direct the 1981 sci-fi-fantasy film Heavy Metal. It was a complex job; Mr. Potterton supervised the work of more than 65 animators in Canada, England and the United States.
At the same time, he collaborated with the National Film Board on a second adaptation of a short story by the Canadian humorist Stephen Leacock.

Mr. Potterton became involved in local life. The amateur theatre group, The Knowlton Players, asked him to direct a showing of The Boyfriend. He did that and two other plays. Locals knew snippets of his background, but he never boasted about his earlier life.
“He was humble about his achievements and incredibly down to earth,” said Bill Jarand, an actor and drama teacher at a local high school, at a retrospective of Mr. Potterton’s work at the Knowlton Film Festival the week after he died.

Mr. Potterton never really retired, and he was never ill until the last three weeks of his life. He continued to paint, build airplanes and fiddle with his two model railroads, one of which ran on elaborate tracks outside his house.
One of his most well-known paintings shows a biplane, which is exhibited at a local museum, making a fictional flight over the nearby millpond.

Many of his paintings reflected his obsession with aircraft. He was noted for the accuracy of the planes he painted.

“Gerald was commissioned to do a historically accurate painting of the Avro Arrow for the annual report of the Canadian Aviation Historical Society. Several experts verified its accuracy,” Ms. Marginson said.

Upon his death, the National FIlm Board wrote a statement noting that Mr. Potterton, a member of the Royal Canadian Academy of Arts, “was selected by the World Animation Celebration in 1998 as one of ‘Ten Men Who Have Rocked the Animation World’.”
It went on to say, “There have been over a dozen retrospectives and lifetime honours for his work in recent years, including at the Ottawa Animation Film Festival (1994) and the Seattle Film Festival (1997) as well as in India (2000).”

In 2020 Mr. Potterton wrote and illustrated a popular children’s book about Joseph-Armand Bombardier, the inventor of the snowmobile. L’homme des neiges was published by Éditions Québec Amérique.

Mr. Potterton leaves his wife, Ms. Marginson; sister, Audrey; ex-wife, Judith Merritt; sons, Richard, Oliver and Sam; as well as three grandchildren, Daniel, Charlotte and Kleio; numerous nephews and a niece. He was predeceased by his brother, Reginald.
Published by Bado at 12:42 PM