"All the Art That's Fit to Print (And Some That Wasn't)" 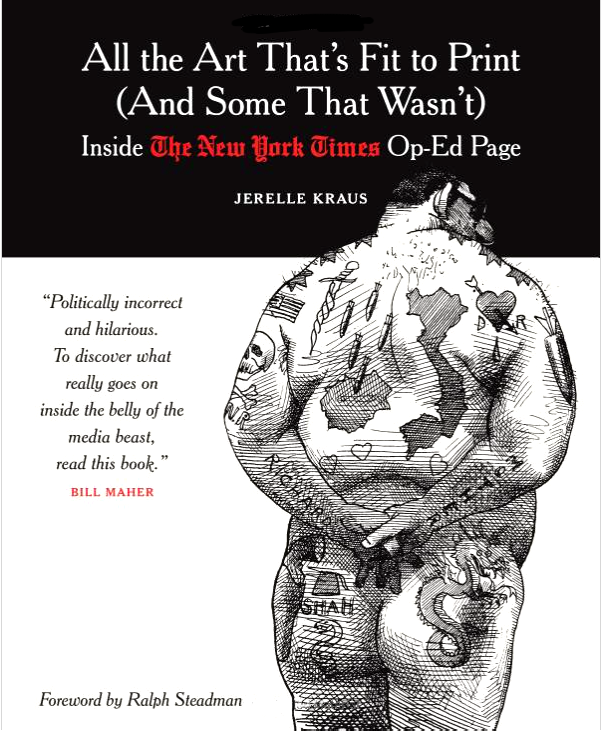 All the Art That's Fit to Print reveals the true story of the world's first Op-Ed page, a public platform that—in 1970—prefigured the Internet blogosphere. Not only did the New York Times's nonstaff bylines shatter tradition, but the pictures were revolutionary.

Unlike anything ever seen in a newspaper, Op-Ed art became a globally influential idiom that reached beyond narrative for metaphor and changed illustration's very purpose and potential.

Jerelle Kraus, whose thirteen-year tenure as Op-Ed art director far exceeds that of any other art director or editor, unveils a riveting account of working at the Times.

Op-Ed's subject is the world, and its illustrations are created by the world's finest graphic artists. The 142 artists whose work appears in this book hail from thirty nations and five continents, and their 324 pictures-gleaned from a total of 30,000-reflect artists' common drive to communicate their creative visions and to stir our vibrant cultural-political pot.

Here are a few drawings featured in the book:


Jerelle reveals her five favorite censored art pieces, along with some backstory on why they never ran: Five images the New York Times didn't want you to see.

A short video about the Op-ed page here.