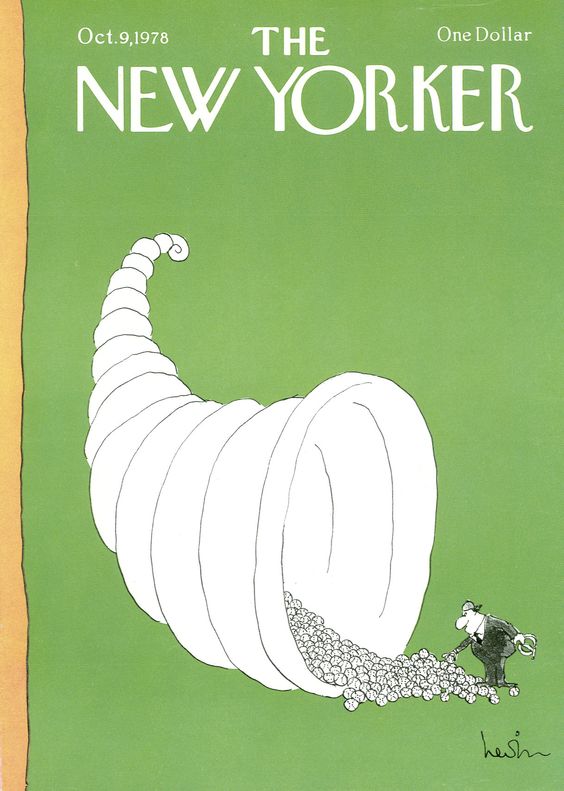 Arnie Levin is one of the many New Yorker cartoonists and cover artists whose style probably isn’t immediately identifiable to readers, but whose constant presence since 1974 has contributed incalculably to the magazine’s identity and success. 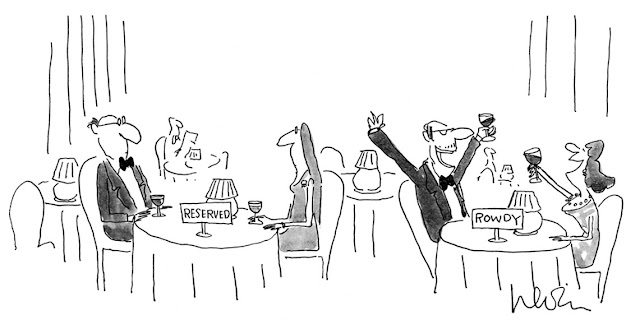 Here are excerpts of an interview conducted by Richard Gehr in The Comics Journal:

How did you sell your first cartoons to The New Yorker?

My first wife and I were living in Forest Hills, and I was just drawing, having fun with all kinds of drawings. I was working with big drawings, for no real reason. I called Bob Blechman, who’s sort of mentor of mine, and Bob said, “You know, they’ve got a new art director at The New Yorker and he’s looking for new people. Why don’t you do something and I’ll see if I can get you up there.” So I went and I did a couple of roughs, and Bob called Lee Lorenz and said, “I’ve got one of my students here. You should really see his work.”  And Lee said, “Can you come over on Tuesday?” So I brought these things in but he didn’t seem too enthused. They were all cover ideas. Then he says, “Can you finish these two?” And I thought to myself, “What is a New Yorker finish?” I started coming in with big drawings, little drawings, versions, watercolors, ink, everything technique. Nothing, nothing, nothing. So the next time I came in I said to Lee, “You’ve never seen my portfolio” – which consisted of these big, wild, goofy drawings I did for no reason. He looked through them, held one, and then two days later called up in the afternoon. Lee asked me if I could one of the drawings in black-and-white. So I did it, hopped on the subway, and ran right in with it. He said, “You didn’t have to come in today.” I started submitting cartoons, and I started selling and having fun with them. I got a contract within the first year.

Your first few New Yorker contributions look like art drawings. Then all of a sudden you’ve got a definite cartooning style.

As I was drawing the third cartoon for The New Yorker, I got to the hands. But I couldn’t draw the hands. So finally I said, “Fuck it, maybe they won’t notice.” I thought they would immediately look at the drawing and go, “Look at those hands!” But they didn’t say anything. And I thought, “You know, maybe this is not set in stone.” [Laughter] And that really loosened me up.

Do you remember how much you got paid for your first New Yorker drawing?

$240, which was also what my rent was. I tried to get a job at as a taxi driver, but they were on strike. [Laughs] The rent was due, but my wife was working.

How many ideas would you submit a week?

About 30, although I’ve gone up to 50, and then I saw Lee make a face, so I thought maybe I’m doing too much. I was not a cartoonist, right? So I never had the opportunity to do all the bad ones, the guys dueling with swordfish [laughter], the cartoon garage sale ideas. I never got that out of my system, or even tried. Sometimes, I would do three versions of the same concept and let Lee pick the best version. I’ve done more than 700 cartoons, and they only changed two words.

It was like a campaign headquarters and two guys are carrying the senator, who looks dead. And the guy is saying something like, “Well, it was either the cannoli in Little Italy” or something else in Westchester. And they said, “Change that to ‘divinity fudge.’”
Published by Bado at 4:00 AM