From Pow Pow's page on Kickstarter. 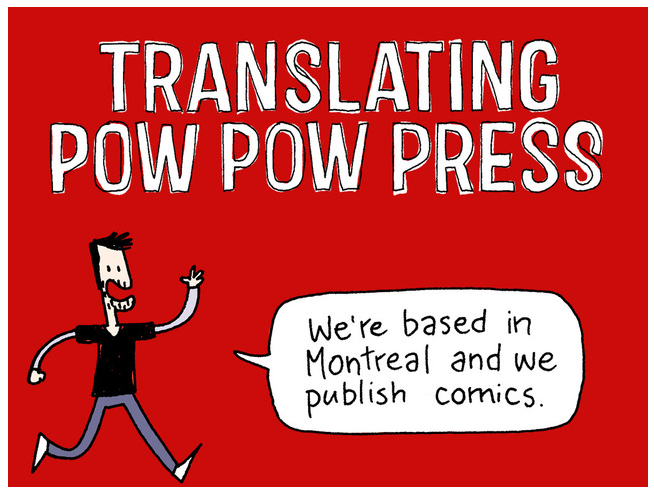 Pow Pow Press is a Montreal-based, French language publisher that specializes in comics. Since its creation in 2010, it has published over twenty graphic novels and has rapidly become one of the biggest independent comics publisher in Québec.

Pow Pow Press now hopes to translate some titles from its already extensive catalogue, but in order to do so, need your help. This crowd funding campaign has been set up in order to print their first three titles in English, after which they will translate their new releases, as well as some of their back catalogue.


We are very happy to announce we've reached our $20,000 objective earlier today! Thanks everyone! We now have 48 hours to reach our stretch goal of $25,000 and translate a fourth book, Vampire Cousins by Cathon and Alexandre Fontaine Rousseau.