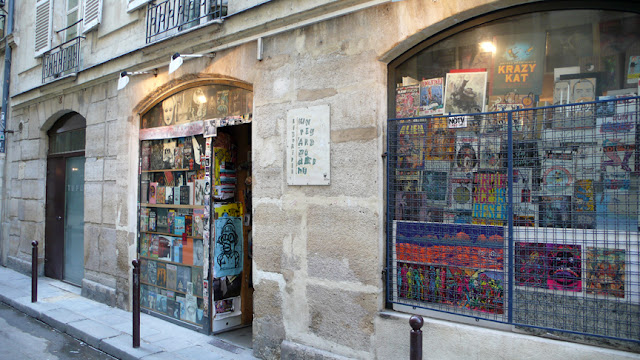 A real Ali Baba's cave, it is where I discovered the work of Carlos Nine and found rare books by the likes of Paul Flora, Roland Topor and David Levine.

Sadly, its' owner, Jacques Noël, passed away two weeks ago, casting doubt about the library's future. 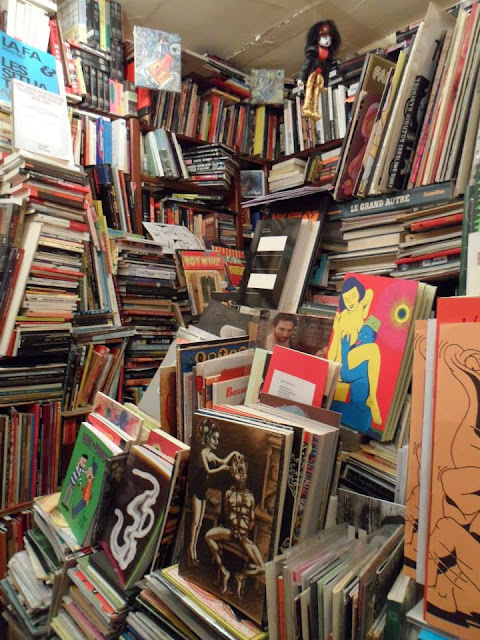 Art Spigelman was aked in 1996 by Vogue magazine to answer the question "What is your favourite place on earth?

Here was his answer, as reported by du9 website:


In a shop only slightly less claustrophobic than a Turkish toilet, thousands of books — new and out of print, from large presses and small, from all over Europe, Japan and the US. — overflow their shelves in an arrangement that seems more like a bibliomane’s private library than a bookstore.

I’ve bought small-press avant-garde comix from the U.S. here, because they’re harder to find in New York. Which is not to say that the shop specializes in B.D. per se though there are comix by cult favorites like Pierre La Police and America’s Chris Ware.

There are also art books and catalogs from around the world, an impressive array of what the Nazis liked to call Degenerate Art. There are picture books about cigarette lighters, shoes and freak show posters. There is lots of erotica : from collections of Betty Page (America’s low-rent 1950’s bondage pin-up queen) to Helmut Newton’s own glossy magazine, Newton’s Illustrated Fat Girls (a fanzine for fat lesbians).

The art gallery/closet on one side has monthly exhibits by young contemporary meta-cartoonist painters like Pascal Doury and Bruno Richard.

American and French literature are well represented here, though you’re more likely to find Philip K. Dick or Boris Vian novels here than the latest best-sellers. You can find a videotape of old television beer commercials here, a Dutch CD of the Beau Hunks playing music from Laurel and Hardy movies, even sets of Mass Murderer collector cards.

It’s almost impossible to pin down the common denominator in all this, but there seems to be a unifying sensibility. I assume it’s Jacques Noel, the beatific manager who has been putting all this together for about 30 years (until about 5 years ago he ran a similar operation on rue Danton, aptly called Les Yeux Fertiles).

He claims it is his important clients who determine what he searches for. “Important clients” aren’t necessarily the wealthy collectors or the occasional famous movie actresses who’ve stopped in. He’s interested in those clients who have, well, fertile eyes and a modern look—who goad him into new discoveries.

When I ask him what he personally collects, he shrugs and says : “collectors.”

Noel says he’s uninterested in categories : Everything in the shop could just as easily been filed in three or four other places. He’s interested in the curious, the bizarre, the uncategorizable.

“Everything in life boils down to commerce, so you might as well sell pleasure. If I could have been born a woman I’d have been a whore. I couldn’t be that, but at least I get to sell books that bring pleasure.” 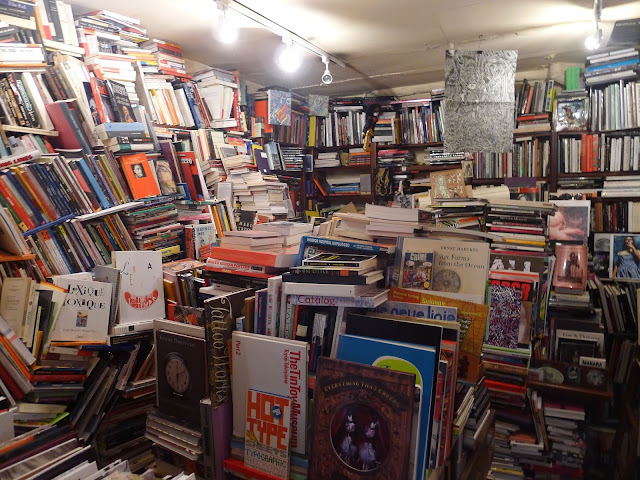 I was in Paris last week and took a few photos outside the bookstore. 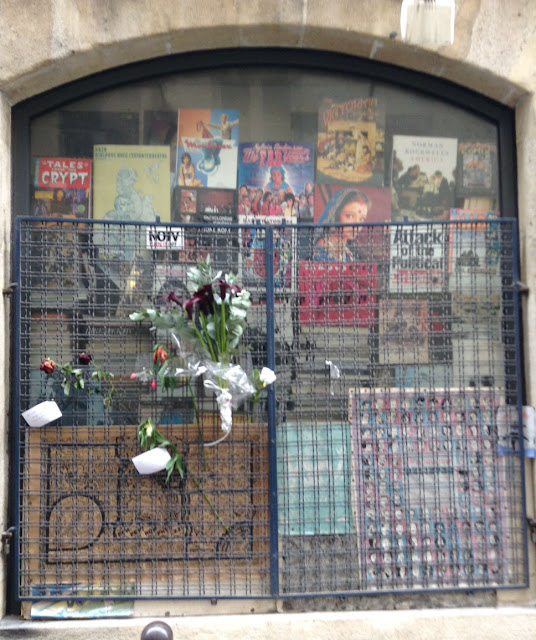