50 years of Aislin at the McCord

Marina Scott in the Montreal Gazette. 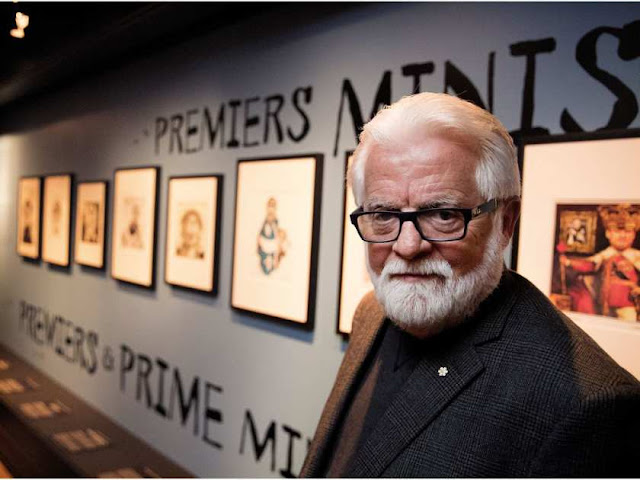 In his 50 years as an editorial cartoonist, Terry Mosher — better known as Aislin — has created more than 12,000 cartoons. Half of those are preserved at the McCord Museum.


Choosing just 50 cartoons from that vast collection was a daunting task, said Christian Vachon, the McCord’s curator of paintings, prints and drawings, at a news conference Wednesday to launch the exhibition Aislin: 50 Years of Cartoons. 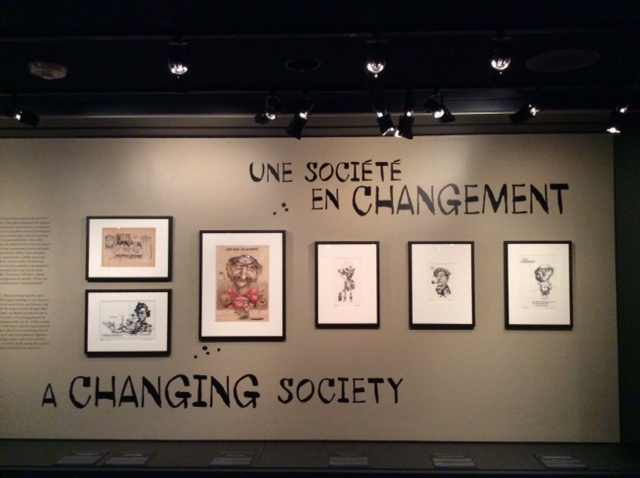 “The book and the exhibition launched today present the cream of the crop, most of them cartoons that became classics shortly after their initial publication,” said Vachon, an avid fan and personal friend of Aislin, the Montreal Gazette’s editorial-page cartoonist since 1972. 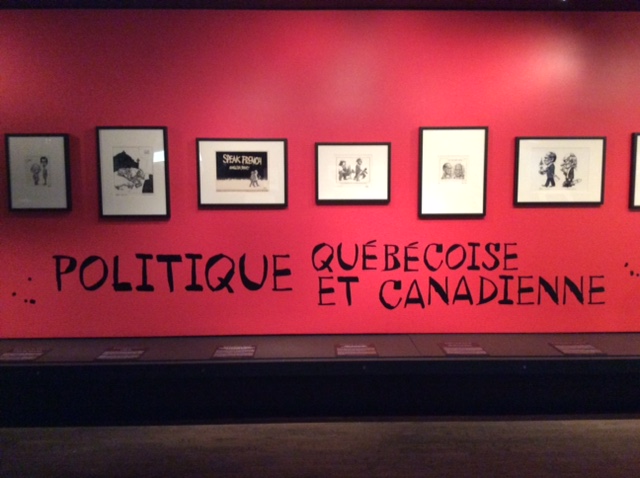 Other gems are Mayor Denis Coderre as Fred Flintstone and Justin Trudeau heading to Ottawa in his father’s vintage Mercedes. 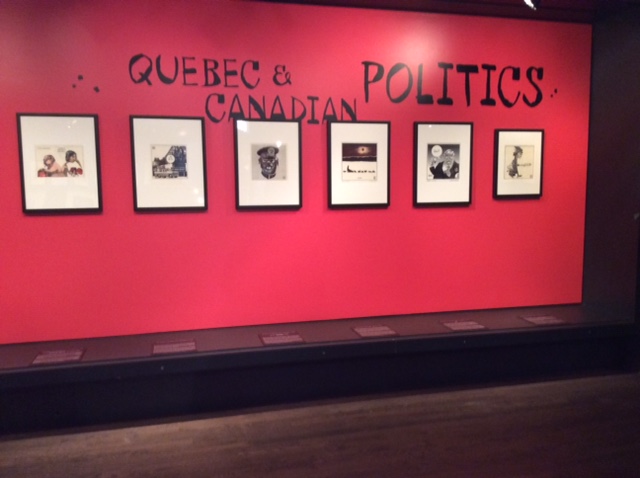 From the 1970 October Crisis to the 2012 Maple Spring student protests, “the Aislin cartoons we present here are a humorous take on the critical moments of the history of our society,” Vachon said.

Works are grouped by theme: Aislin’s early days as an editorial cartoonist, Quebec and Canadian politics, Montreal mayors, premiers and prime ministers and life in Montreal. 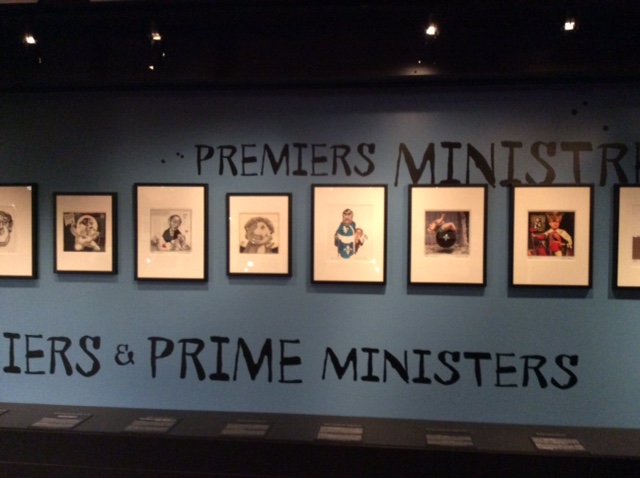 Lucinda Chodan, editor-in-chief of the Montreal Gazette, which is presenting the exhibition in conjunction with the McCord, said Mosher has had a huge impact on Canadian politics.

Mosher said Quebec is the best province to be an editorial cartoonist, with half a dozen full-time artists playing that role.

But it’s increasingly difficult for young cartoonists to make a living, said Mosher, who plans to cut back to one cartoon a week when he turns 75 in November.

Chodan paid tribute to Mosher for encouraging young cartoonists and sharing his platform at the Gazette with them. 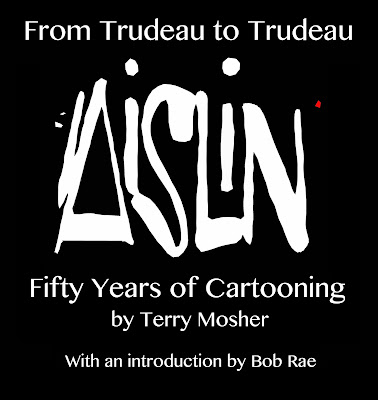 The book is available in the museum’s boutique and from aislin.com.

On April 29 at 11 a.m., Aislin will speak with Matt Zimbel, artistic co-director of the Blue Metropolis literary festival, at the museum’s J.A. Bombardier Theatre.

On July 26 from 6 to 7 p.m, Aislin will present his animation work in cooperation with ANIMAZE, the Montreal International Animation Film Festival, at the museum.

The McCord Museum is at 690 Sherbrooke St. W. Admission costs $20 for adults, with reductions for students, seniors and families and free admission to the permanent collection Wednesdays after 5 p.m.