Art Spiegelman withdraws an introduction to a forthcoming Marvel book 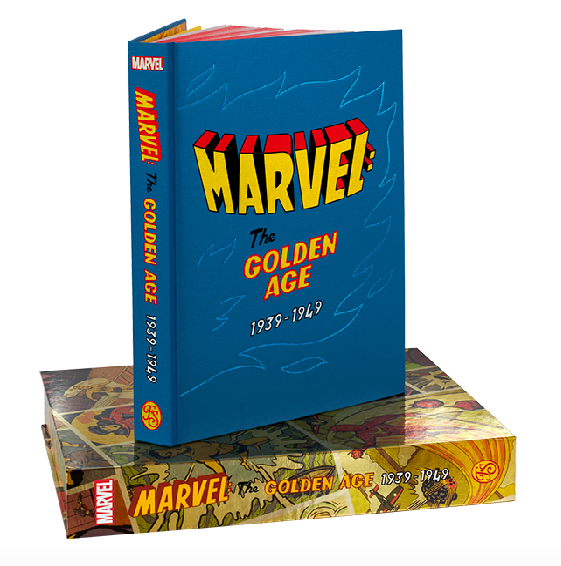 Art Spiegelman, the legendary graphic novelist behind Maus, has claimed that he was asked to remove criticism of Donald Trump from his introduction to a forthcoming Marvel book, because the comics publisher – whose chairman has donated to Trump’s campaign – is trying to stay “apolitical”.

Spiegelman, who won a Pulitzer prize for Maus, his story of the Holocaust, has written for Saturday’s Guardian that he was approached by publisher the Folio Society to write an introduction to Marvel: The Golden Age 1939–1949, a collection ranging from Captain America to the Human Torch.

Tracing how “the young Jewish creators of the first superheroes conjured up mythic – almost godlike – secular saviours” to address political issues such as the Great Depression and the second world war, Spiegelman finishes his essay by saying: “In today’s all too real world, Captain America’s most nefarious villain, the Red Skull, is alive on screen and an Orange Skull haunts America.”

After submitting the essay in June, Spiegelman says he was told by the Folio Society that Marvel Comics was trying to stay apolitical, “and is not allowing its publications to take a political stance”.

Neither publisher responded to requests for comment from the Guardian, but Spiegelman claims he was asked to remove the sentence referring to the Red Skull or his introduction would not be published. He pulled the essay, placing it instead with the Guardian.

The author, who compares today’s world events to the rise of fascism in the 1930s, writes: “I didn’t think of myself as especially political compared with some of my fellow travellers, but when asked to kill a relatively anodyne reference to an Orange Skull I realised that perhaps it had been irresponsible to be playful about the dire existential threat we now live with, and I withdrew my introduction.

“International fascism again looms large … and the dislocations that have followed the global economic meltdown of 2008 helped bring us to a point where the planet itself seems likely to melt down,” he writes.

“Armageddon seems somehow plausible and we’re all turned into helpless children scared of forces grander than we can imagine, looking for respite and answers in superheroes flying across screens in our chapel of dreams.”

The writer and artist closes his essay by pointing out that Marvel Entertainment chairman, the US billionaire Isaac ‘Ike’ Perlmutter, “is a longtime friend of Donald Trump’s, an unofficial and influential adviser and a member of the president’s elite Mar-a-Lago club in Palm Beach, Florida.

And Perlmutter and his wife have each recently donated $360,000 (the maximum allowed) to the Orange Skull’s ‘Trump Victory Joint Fundraising Committee’ for 2020.” Spiegelman adds that he has been forced to learn “yet again that everything is political”.

Perlmutter, who reportedly advises Trump on veterans’ affairs and donated millions to conservative campaigns in the 2018 midterms, has also drawn criticism from other quarters.

Last week, actor Armie Hammer also pointed out the connection, tweeting that while numerous celebrities were distancing themselves from gym chains SoulCycle and Equinox because the parent company’s chairman, Stephen Ross, was throwing a lavish Trump fundraiser, “it might be a good time to mention that one of Trump’s largest financial contributors is the chairman of Marvel Entertainment (Isaac Perlmutter)..... jussayin”.

Marvel: The Golden Age 1939–1949, which now carries an introduction by Marvel editor Roy Thomas, is published in September.
Published by Bado at 12:00 AM